The right time for Bring Back the Love – Patron PJ Patterson 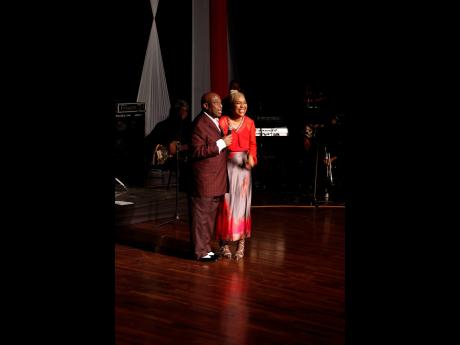 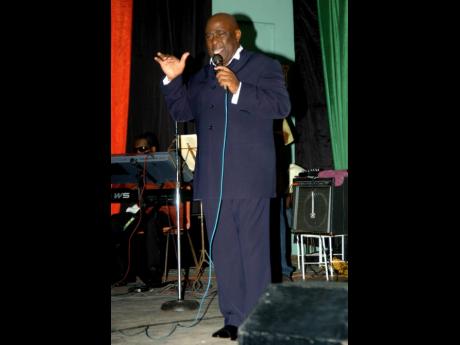 Mention the name of Jamaican British-based vocalist Jimmy James and music lovers might break out in song with the legendary soul singer’s mega hit, Come to Me Softly, which smashed the airwaves in the 1960s. It was this particular song which persuaded James to give up his day job to pursue a music career, and he has never looked back since then. Now a winning solo artiste, for many years he performed as lead singer with the Vagabonds and was involved in many other successful musical collaborations, producing hits such as Red, Red Wine, Now Is the Time and I’ll Go Where Your Music Takes Me.

James’s fans around the world can never get enough of him and Jamaica welcomes his next stop for the much-anticipated LDC Production’s ‘Bring Back the Love’ concert, scheduled for Te Courtleigh Auditorium in New Kingston on Saturday, June 18, at 8 p.m.

Former Prime Minister P.J. Patterson, who is well-known for his passion for music, is the patron for Bring Back the Love. He noted, “The production has come about at a most opportune time that requires both music and love to calm anxieties, to heal scars of pain and loss from the COVID-19 pandemic. The love songs concert, being produced and staged this year, is also a welcome respite from the pandemic-induced dearth of activity in the creative and performing arts.”

Jimmy will perform alongside other musical greats, such as one of the most revered guitarists, Ernie Ranglin; songstress Myrna Hague; and award-winning Jamaican-Canadian vocalist Jay Douglas, with drummer Desi Jones as musical director.

“I am absolutely thrilled at the thought of coming home to entertain my ‘family’. Here’s to us having the most awesome time,” James said of his upcoming performance.

James, who now lives in London, has an illustrious career spanning decades, having toured the United Kingdom extensively with The Vagabonds. The group was invited to perform in Hungary, as the first-ever musical unit from the Western Hemisphere to have entertained behind ‘the Iron Curtain’. Since then, they have had stints in Tunisia, Germany, Greece, France, Belgium, Holland, among others.

Some of his performances have seen him sharing the stage with world-renowned acts such as The Beatles, Sonny and Cher, Rod Stewart, Bobby Womack, among others. He was also the first artiste to sing live on the BBC’s Top of the Pops.

Jimmy continues to perform on the cabaret circuit across Europe, and is in demand as a headliner on luxury cruise liners around the world.

He joined Myrna Hague on stage in 2019 for ‘Simply Myrna’.