12 films to watch on Father's Day 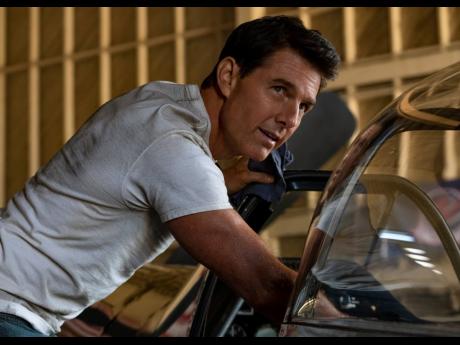 There’s no shortage of iconic fathers in film. Here’s a list of some of the best movies about dads, their children, and the stories that bring them together.

If you’ve never seen Finding Nemo, today is the day to right that wrong. If you’ve seen it before, it’s time to watch it again. A father loses his son and treks across the treacherous ocean to find him in one of Pixar’s very best.

2. Indiana Jones and The Last Crusade

He may have fought off Nazis, snakes, and traps, but if there’s one thing Indiana Jones can’t stand, it’s his overbearing father, especially when he’s played by Sean Connery. This finale in the original Indiana Jones trilogy makes the most of its father-son dynamic, with Connery and Ford playing off each other well.

The 1998 remake starring Lindsay Lohan still holds up to this day. While the red-headed child star carries the movie with her junior double act, Dennis Quaid, as the father who loves his daughter, is charming, kind, and everything a dad should be.

The relationship between Harry Dean Stanton’s Jack and Molly Ringwald’s Andie is a cut above the norm. As the movie develops, there’s an unprecedented level of honesty between the two. He’s a father who would like nothing more than to give his daughter the world and gives a heartbreaking performance when he can’t.

In the words of DJ Jazzy Jeff and the Fresh Prince, parents sometimes don’t understand. For Katie Mitchell, that parent is her dad, who can’t understand why she’d waste her life making movies on her phone. The two get to know each other better as they fight off the robots trying to take over the world.

Top Gun: Maverick has a lot going for it. Incredible action and thrilling plot, but at its heart is the relationship between Miles Teller’s Rooster and Tom Cruise’s Maverick. They may not be related by blood, but they’re all each other has. Here’s one you can watch right now at a cinema near you.

Before he was the father to Venus and Serena in King Richard, Will Smith was the father to make us all cry in Pursuit of Happyness. Playing the role with his actual son definitely adds to the movie about a father who will do anything to give his child a better life.

Effectively, almost all superhero movies are about fathers. This Guardians sequel is just more overt. The Star Lord finds his long-lost father and realises he’s had what he was missing the whole time, in an ending that’s sure to tug at your heartstrings.

The accident-prone buck-toothed dog that goes “hyuk” wouldn’t have been my first choice for fatherhood. Yet, this film of a dad going back to school and attending college with his son is undeniably fun and has become a resurgent phenomenon in recent years.

When the world is coming to an end, hard choices have to be made. For astronaut Cooper, he’ll have to choose to leave behind his children, particularly his daughter Murph. As sad as that is, it doesn’t compare to how gut-wrenching the movie gets as Cooper watches his kids grow up while he stays the same age.

There’s not much of a fatherhood dynamic in this movie, but it’s the kind of film dads love to watch. One of the greatest casts for a western ever assembled, the film features the coming together of a heroic band of brothers. I’d never have seen it if my father hadn’t sat me down for what he called 'required viewing'. I have dedicated this one to him. Thank you, Peter Levy.

In this the year of its 50th anniversary, watching The Godfather on Father’s Day is a fine celebration. Marlon Brando as Vito Corleone is as iconic a film father as they come. His five children give a broad spectrum of father-child relationships to anyone looking to make a comparison to their own relationship with their father.