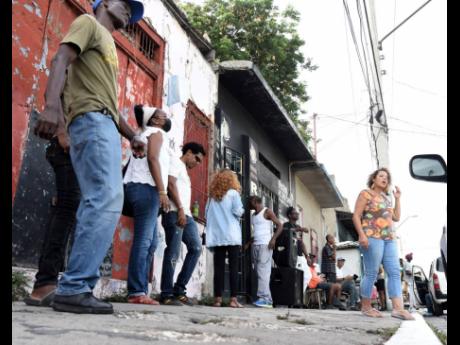 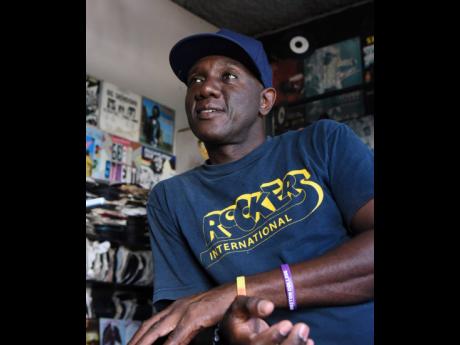 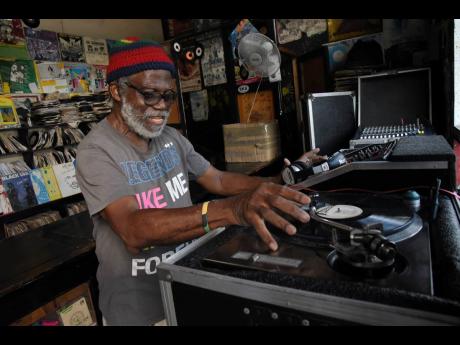 Ian Allen
As he supported the occassion, James ‘Jimmy Solo’ Howard told The Gleaner that more publicity ought to be given to International Reggae Day. 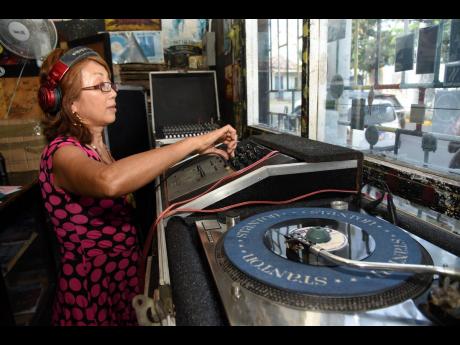 There’s no denying the magnetism of reggae music to Orange Street. The beloved ‘Beat/Music Street’ has been consecrated as a cultural site for the development of Jamaican music with artistes including Dennis Brown being born there, and several recording studios and record shops started by reggae pioneers like Prince Buster, Bob Marley and Augustus Pablo. The latter’s Rockers International Records Shop has stood the test of time and operates at 135 Orange Street where music lovers and industry veterans gathered on Friday to celebrate International Reggae Day.

As Brentford All Stars’ Blue Moon played on vinyl and permeated speaker boxes outside the store, manager and curator Ainsworth ‘Mitchie’ Williams shared that the occasion was initially conceptualised for a February/reggae month launch. Various factors led to the delayed, yet destined staging on International Reggae Day, and with the name Rockers Friday, Williams intends to make it a monthly event going from 12 to 6 p.m.

“They have Kingston Dub Club on a Sunday, Weddy Wednesdays every Wednesday, Boom Box Friday; everybody is doing something and you know Orange Street is like a Mecca and birthplace for the music so we need fi have something down here,” Williams told The Gleaner. “It’s going to be every last Friday and the beauty about our thing is it’s going to be in the day so you can come and chill, buy food over Ibo (Spice Portal), buy liquor over Gus or a ‘Chiney’, and just hold a vibes. It’s not something weh yuh haffi come dressed up. Just come and listen to some music; you never know who you may see a play.”

Or attend, like music royalty Johnny Clarke and Trevor ‘Leggo Beast’ Douglas, the latter who showcased his footwork outside the shop. Jah Mikey was also there, and also singer Wayne Palmer who bonded with his herbs while taking in the selections of Jimmy Solo and later Japanese-native DJ Yumi Hi-Power.

Jimmy Solo, who has had a longstanding relationship with the record shop, didn’t hesitate to support the dual occasion, telling The Gleaner that more publicity ought to be given to International Reggae Day.

Curious onlookers – on foot and by motor vehicle – stopped to peep into the festivities as DJ Yumi Hi-Power whipped out her vinyl catalogue to unleash reggae hits like Peter Tosh’s Reggaemylitis, Horace Andy’s Mindful, The Heptones’ Book of Rules, and of course, selections from Augustus Pablo like Java and Cassava Piece.

Rockers has always attracted tourists from across the globe and Friday was no different. Williams said this also inspired Rockers Friday as tourists often ask him where to go for entertainment.

“Most of the crowds mi a try attract is people from overseas, people in the tourist industry, media on a whole, and people weh can help spread the thing further. We nah leave out the locals, but we a try cater to a certain kind of crowd; people who will come and want to listen to some old Jamaican music, some dub music, music weh yuh nah fi a bawl forward for.”

He also sees the event as an income generator for community folk which manifested as patrons got soup, snacks and beverages from nearby stalls. He’s aiming to have a mic set up for the next event, a setting reminiscent of artistes passing through a dancehall session and toasting on the B-side of a record.

“So, it’s not really a performance in terms of artistes-after-artistes with a stage time - no. If Johnny comes, we just fit the rhythm and seh ‘Johnny sing two tunes’, and him just sing two tunes and go back out and chill until somebody else comes again and we play again.”