Keith ‘Shebada’ Ramsay to do first local performance since 2014 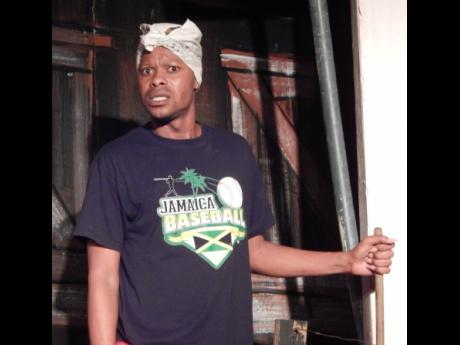 File
Keith ‘Shebada’ Ramsay’s ‘Man Problems’ centres on a fugitive mother whose secret is causing turmoil in her son’s life.

Renowned actor and comedian Keith ‘Shebada’ Ramsay is returning to the local stage after several years with Man Problem!

Written and directed by Ramsay, the play is slated to show at 22 Jerk Restaurant, St Andrew, on July 24.

“The feeling is like home away from home,” Ramsay said about returning to the local theatre space.

Man Problem! is being presented by his long-time friend Dancehall Queen Carlene Smith, who said it was a no-brainer to get onboard.

“I’m keeping the play, but it’s all his production, and this is going to be his first performance in Jamaica since 2014,” Smith told The Gleaner. “He’s always supporting me, so I’m just supporting back.”

Produced by Ramsay’s Happy Corner Productions, Man Problem! centres on a fugitive mother whose secret is causing turmoil in her son’s life. The plot deepens when he becomes involved with a woman who has some skeletons of her own, which could land him behind bars or even worse. Sipping on the tea is Shebada who is “ready to spill the beans and make a scene”, which could have dire consequences for all parties involved. The cast includes Rolando Fagan, Deandre Lawrence, Latoya Folkes, Trishawna Wright and, of course, Ramsay.

The play had its opening première in St Kitts last month to a sold-out audience.

“They actually want him to come back to St Kitts; it’s truly a must-see. You hear ‘man problem’ and it suggests something that most people would be thinking, but it’s actually a different kind of man problem. There’s a twist to it and it’s really good and funny.”

There will be two showings on July 24: a family version at 5 p.m. and an unedited version at 8 p.m.

Smith believes the play’s timing is perfect in light of the global tension and strife over the past three years.

“We’re living in a very callous and serious time, and sometimes laughter makes a lot of difference in each of our lives,” she said. “You see all the killing and crime going on now, and this has nothing to do with crime and killing. It’s a family show to give you the other side of life, something to laugh about, and it’s worth it.”