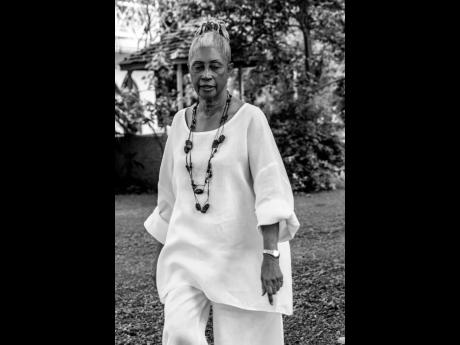 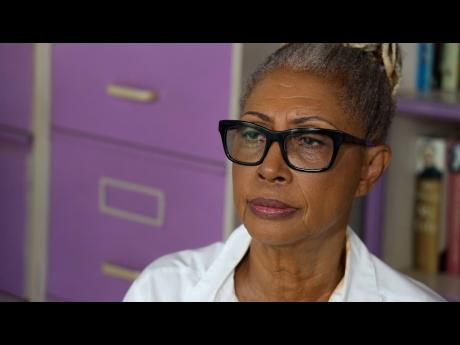 Contributed
Manley Duncan is not worried about being judged, having experienced this most of her life. 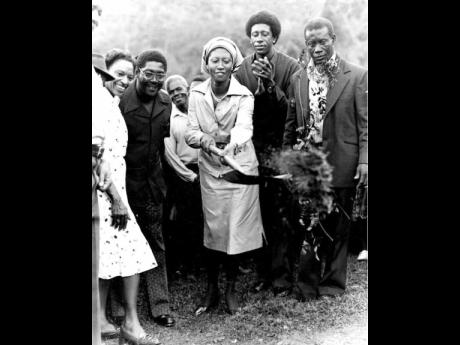 Contributed
In the 1970s Beverley threw herself into transforming the lives of ordinary Jamaicans. 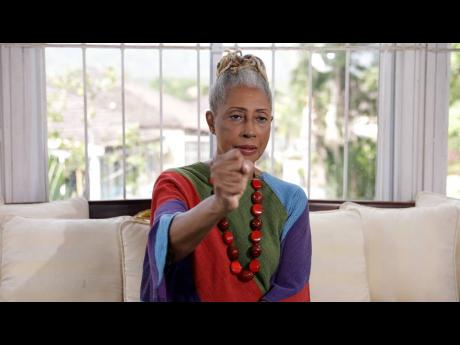 The entire country has been waiting to hear from the former wife of late Prime Minister Michael Manley and the widow of former member of parliament and government minister Dr Donald Keith Duncan. Manley Duncan has much to say about sex, politics, colourism, classism, imperialism, and political violence since the promo for Uncensored went viral in March.

And she admits that she went far in the four-part docuseries that will be aired on YouTube every Sunday at 3:00 p.m. until August 21. “One of the things about being 80 is that you really want to tell your truth,” she revealed during an interview with The Sunday Gleaner.

Manley Duncan shared that her age group is not her target. She is speaking with millennials, and the young-adult Adtelligent crew, led by film-maker Joelle Simone Powe, who is keen on securing that market segment for what the director and writer has described as an “explosive” personal revelation.

Manley Duncan’s vulnerability is evidenced in the film. Ideally, she says she wants others watching to learn from her experiences, even while looking at what is happening in their lives to see what works best.

The mother of two, who was married to Manley during one of the most turbulent times in Jamaica’s history, says the building of meaningful relationships carried her through that period of her life. Without giving away too much of what viewers should expect, Manley Duncan says she is coming from what she calls her God self, the interior landscape of where God is and where everything is provided.

Pointing out she didn’t want a fixation on the statements she made about sex during the pilot, although that propelled interests by those who have been waiting on the actual documentary, Manley Duncan argues that the series is not about sex.

“When you think about all the stories we have been told in terms of our socialisation, and so on, sex is one of the things that you don’t bring up. And I would say certainly over the age of maybe 60 in relation to women. We are a culture, you know where a lot of things are put under the table, instead of bringing them on top of the table that we can all learn from them,” she acknowledged.

However, her phone rang off she admits after the promo with her admitting that she still has the urge for sex at age 80. She says women were asking if she was not afraid to speak so openly about a taboo subject matter.

But, “Your sex urge never leaves you, no matter how old a woman is, we are up to it. We still have those feelings, we may deny them because many of us are widows, and we don’t want to get into another relationship for whatever reason,” she stated.

She adds that this is scientifically proven. And because she is living her authentic life as best she can, she says she is not going to put her feelings aside and say, “Oh my Beverley, that can’t be what you’re feeling.”

And Manley Duncan is not worried about being judged, having experienced this most of her life. She said this became even more pronounced in the 1970s when she married her first husband, Michael, at age 28.

That marriage lasted 10 years, and 42 years later, she married her second husband, D.K. Duncan, at age 70; that too caused tongues to wag, with many accusing Duncan of breaking up her marriage with Manley years earlier.

“But D.K. had nothing to do with the break-up of my marriage to Michael, and I just want to make that clear,” she shared.

The broadcast journalist, who grew up in Rollington Town and was the darkest of three sisters in her family, said her mom made sure she brought her up strong because she knew how difficult it was for black-skinned girls in Jamaica.

Today, Manley Duncan says those lessons taught her the importance of integrity and prepared her for her role as the wife of a prime minister. It also gave her confidence knowing she was not a “ribbon cutting, baby kissing” lady of the manor, even when a politician told her that was her role.

“I would help with the cutting of the ribbons, but I always ensured those who did the job of building the schools were the ones holding the scissors because they deserved the recognition,” she noted.

Manley Duncan would go on to play a pivotal role in her first husband’s life, travelling with him to places such as the Soviet Union, the United States, Mexico, Cuba, the Middle East and all over Europe.

“I mean, I could sit beside Fidel Castro while he cooked dinner for us one night, and he’s speaking English. And you know, we are having a great time. I’m just, you know, all over Europe, the Middle East, and I have been, and I kept saying what I can do for Jamaica,” she added.

When the “local civil war” erupted as a result of the political tension and when Jamaicans were leaving the island in droves, selling their properties in the process for way below market price, Manley Duncan was there.

And even with the book Manley Memoirs to her name, she says it has never occurred to her to do a documentary until Powe, who is a member of the Duncan family, convinced her.

“Young people, even people who didn’t experience the ‘70s when they hear about it, is like what they read or what their parents told them, you know, at the height of what was really like a civil war, locally. So you know, it’s hard, to tell the truth in those circumstances.”

The documentary’s executive producer is Craig Powe, and the lead editor is Richard Stewart, among editors Danea Dunkley and Canaan Wallace. Another important member of the young and passionate team was production assistant K-Cyanne Beckford.