The law of the jungle rules 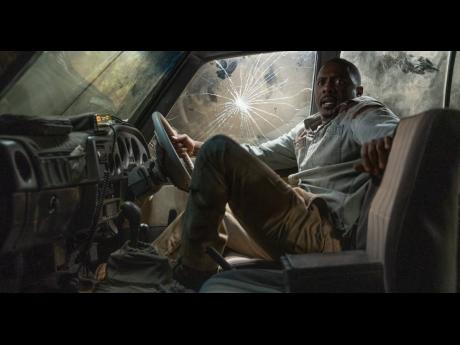 Contributed
Idris Elba plays Dr Nate Daniels, a recently widowed husband who returns to South Africa with his daughters on a binding trip. 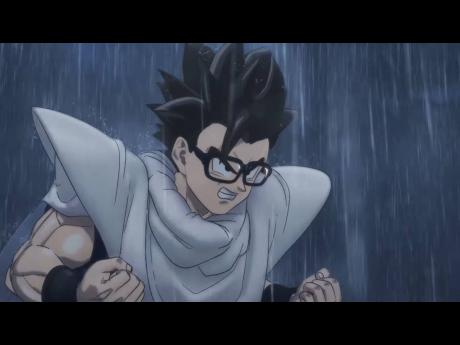 Contributed
The Red Ribbon Army is back in full force in this animated action thriller.
1
2

Sometimes the rustle in the bushes actually is a monster.

Idris Elba ( Fast & Furious Presents: Hobbs & Shaw, The Suicide Squad) stars in a pulse-pounding new thriller about a father and his two teenage daughters who find themselves hunted by a massive rogue lion intent on proving that the savannah has but one apex predator.

Elba plays Dr Nate Daniels, a recently widowed husband who returns to South Africa, where he first met his wife, on a long-planned trip with their daughters to a game reserve managed by Martin Battles (Sharlto Copley, Russian Doll series, Maleficent), an old family friend and wildlife biologist. But what begins as a journey of healing jolts into a fearsome fight for survival when a lion, a survivor of blood-thirsty poachers who now sees all humans as the enemy, begins stalking them.

From visceral, experiential filmmaker Baltasar Kormákur, the director of Everest and Universal Pictures’ 2 Guns and Contraband, Beast is produced by Will Packer, the blockbuster producer of Girls Trip, the Ride Along franchise, and 10 movies that have opened No. 1 at the US box office, including Night School, No Good Deed and Think Like a Man, by James Lopez, president of Will Packer Productions, and by Baltasar Kormákur. The film is written by Ryan Engle ( Rampage, Non-Stop) from an original story by Jaime Primak Sullivan and is executive-produced by Jaime Primak Sullivan and Bernard Bellew.

The Red Ribbon Army was once destroyed by Son Goku. Individuals, who carry on its legacy, have created the ultimate Androids, Gamma 1 and Gamma 2 and call themselves ‘Super Heroes’.

Is this bad luck or what?

In Bullet Train, Oscar winner Brad Pitt stars as Ladybug, an unlucky assassin determined to do his job peacefully after one too many gigs gone off the rails. Fate, however, may have other plans, as Ladybug’s latest mission puts him on a collision course with lethal adversaries from around the globe – all with connected, yet conflicting, objectives – on the world’s fastest train. The end of the line is just the beginning in this non-stop thrill ride through modern-day Japan from David Leitch, the director of Deadpool 2.

Based on the book by: Kotaro Isaka

It’s a long way down

For best friends Becky (Grace Caroline Currey) and Hunter (Virginia Gardener), life is all about conquering fears and pushing limits. But, after they climb 2,000 feet to the top of a remote, abandoned radio tower, they find themselves stranded with no way down. Now, Becky and Hunter’s expert climbing skills are put to the ultimate test as they desperately fight to survive the elements, a lack of supplies, and vertigo-inducing heights in this adrenaline-fuelled thriller, co-starring Jeffrey Dean Morgan.

Stronger Than You Think

Superman’s dog Krypto must learn to be less alien; and more ‘human’ in order to teach Batman’s dog Ace, Wonder Woman’s pig, PB, Green Lantern’s squirrel Ch’p, and The Flash’s turtle, Merton, how to harness their new powers, work together, and become the superheroes they were destined to be. But can they defeat a twisted guinea pig named Lulu and save the Justice League and Metropolis from destruction? And will a bunch of strays find homes with the most famous superheroes on earth?

DC League of Super-Pets is an action adventure comedy from Warner Bros Pictures with animation by Warner Animation Group, based on the DC Comics superhero team Legion of Super-Pets.

The stakes are worth fighting for

Following the events of Avengers: Endgame (2019), Thor attempts to find inner peace, but must return to action and recruit Valkyrie, Korg, and Jane Foster – who has become the Mighty Thor – to stop Gorr the God Butcher from eliminating all gods.

Oscar winner Jordan Peele disrupted and redefined modern horror with Get Out and then Us. Now, he reimagines the summer movie with a new pop nightmare: the expansive horror epic, Nope.

The film reunites Peele with Oscar winner Daniel Kaluuya ( Get Out, Judas and the Black Messiah), who is joined by Keke Palmer ( Hustlers, Alice) and Oscar nominee Steven Yeun ( Minari, Okja) as residents in a lonely gulch of inland California who bear witness to an uncanny and chilling discovery.

This summer, from the biggest global animated franchise in history, comes the original story of how the world’s greatest supervillain first met his iconic Minions, forged cinema’s most despicable crew and faced off against the most unstoppable criminal force ever assembled in Minions: The Rise of Gru.

For as many as you can safely seat in your vehicle, pay only $2,800 per vehicle.

Get together with family, friends and colleagues and enjoy this deal at New Kingston Drive-In. Offer continues all summer.

Half off on Mondays and Tuesdays is still available.