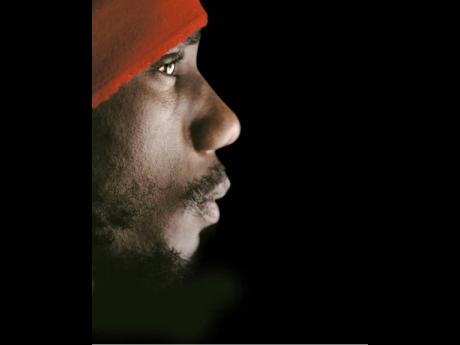 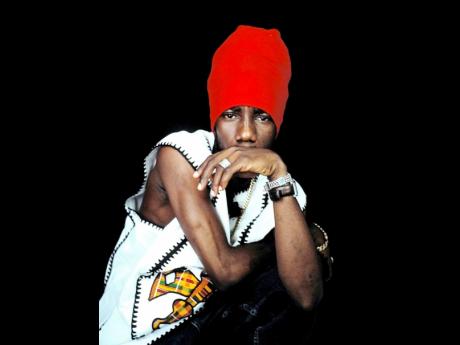 Contributed
Sizzla is satisfied that his 'Da Real Thin'g album, which is celebrating two decades of success, is still relevant today, because of the powerful messages in song.
1
2

Queen Elizabeth II had visited and infamously dined in darkness after two power outages at King’s House in February; 15-year-old Usain Bolt emerged in the World Junior Championships in Athletics held in July in Kingston, winning and setting the world age group record in the 200m at 20.58; the PNP’s P J Patterson won the general elections, ushering in a fourth successive term in office and Ninja Man had a public face-off with the legendary Reneto Adams, a senior superintendent of police at the time, who called for gun amnesty while onstage at Sting.

These were some of the historical events that happened that year.

Still, one of the most memorable messages etched in the minds of reggae and dancehall lovers comes from Da Real Thing, Sizzla 17th studio album released on November 19, and produced by Bobby Digital. Songs like Solid As A Rock, Thank You Mama, Just One of Those Days (Dry Cry), Woman I Need You and G ot It Right Here continue to inspire and get lighters in the air no matter the dance.

“Those songs are of great importance to dancehall and reggae music, as our culture and tradition is the basic foundation of our indigenous music. We should at all times express our thoughts in such likely and respectful manner, as we are sending the messages of black culture, love, repatriation, joy and happiness through the music of Jamaica to the world of people,” Sizzla told The Sunday Gleaner.

He added, “If our music doesn’t reflect the characters of the people in righteousness to lead them to Mount Zion, it’s not going to stand the test of time. It is the most high Jah Rastafar I and the people who had made it possible and I’m taking [the success of the album] with great admiration, appreciation, respect love and honour.”

The reggae icon said that music remains one of the strongest pillars for building a nation, to spread worldwide peace and for community development and that Da Real Thing album, which celebrates two decades of success, is relevant today, because the messages were primed to empower men, women and children.

He said, “I’ve always said to myself, as Sizzla, that the position I hold in this music and the people’s mind is of the greatest order of the Almighty’s and I am never going to waste a millisecond in time with my duty as an artiste to the people. Our children of today can still see their domestic lives unfolding as they draw nearer to their Black African culture, and, as such, the words of the songs and melodies continues to resonate.”

Giving some history behind the making of the album, the artiste explained that he had originally wanted to name it Thank You Mama. It was a tribute of some nature, he said, but the production team, as well as reggae veteran “and one of the best Jamaican artistes”, Louie Culture, along with Calibud, who was the main recording engineer and the late Robert ‘Bobby Digital’ Dixon, believed it deserved a name that expressed what the songs meant on a wider scale.

“Seeing the hard work being put into producing it, I let it be dubbed such an authentic name as Da Real Thing,” Sizzla explained.

“I worked every night and every day to make my nation of people more educated, wise and inspired towards the rulership of a nation of people serving the Most High and the world, Jah Rastafar I. This album had given me the exposure, and access to enter the music industry and gave it that boost and energy that I’ve always wanted to contribute to the Jamaican reggae and dancehall music in one,” he continued.

Sizzla, given name Miguel Orlando Collins, is one of Jamaica’s most commercially and critically successful contemporary reggae artistes, noted for the highest number of albums – over 80 to date – and single releases of any entertainer within the local reggae and dancehall community. Two other albums that also introduced Sizzla to the world have hit milestones this year. Praise Ye Jah and Black Woman and Child were released 25 years ago, but Da Real Thing he said, “had also helped me to best align myself with the people of the country and the world; to better myself in the art of such talent with time experience and the expertise to continue a journey started by our mentors and to follow up by doing the Most High work in teaching, leading and showing the people what’s right towards their lives in a system of oppression”.

The reggae icon said that he would not say that he has earned what he invested into the album, but that it has been a blessing to help him care for his family financially and for other families in and around his community and the world.

“By standing and giving praises to the Most High Jah Rastafar I Haile King Selassie I first and the people in my community, country, Africa and the world for always being there for me as I’ve overtook this journey of taking my people away from Babylon from a child and also after hearing the elder singers before my time, by saying a prayer for the world … I’m just always appreciative and thankful of such blessings,” said a grateful Sizzla.

The August Town resident has been able to invest in charitable initiatives, Judgement Yard, a studio, record label and a museum. Reminiscing on the challenges he had to access a proper studio, Sizzla shared, “You needed to be on point, lots a songs good and conscious lyrics to pique the interest of people and the industry because other great and talented artistes were so focused on their careers.”

“At times the producers’ ears were clouded in hearing a new artiste, as those times, just as now, there is a great hurdle and you must be at your best. Now, we as longstanding artistes and the young, new artistes can be more self-reliant and self-sustained; have our own music recording labels and distribution companies, easily register and release music, own our publishing rights to our songs and trace our monies. It was extremely difficult then, it goes back to why these music of the ‘90s to 2000s deserve respect; and having these privileges we work with more strength, confidence and respect for self and for others,” Sizzla said.