J’can home could be on the horizon for Stonebwoy 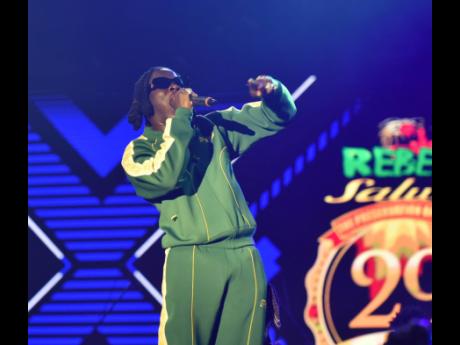 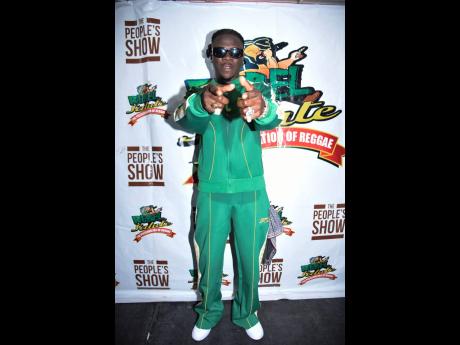 Nicholas Nunes
Stonebwoy says he is ‘an honorary Jamaican’ and revealed that he had an interest in having somewhere permanent where he could stay on visits to the island.
1
2

Ghanaian reggae-dancehall and Afrobeats star Stonebwoy might be in need of a real estate agent in Jamaica to source a new place of residence or vacation home.

In a recent conversation with The Gleaner, Louisa Ansong Satekla, the artiste’s wife, said that Jamaica had already felt like home, though she had not been to the island prior to Stonebwoy’s Rebel Salute debut over the weekend, having first performed in Jamaica at Reggae Sumfest in 2018.

“It’s actually my first time in Jamaica,” she shared, adding that “it looks a lot like home and the people look like us, too, [so] it’s been a smooth transition to fit in”.

Louisa and Stonebwoy have two children, a girl, Jidula, and a boy, Janam. Louisa is a dental surgeon in Accra, where the family primarily resides. She would have celebrated her 32nd birthday on Thursday, January 19, a day before Rebel Salute first show night, and used the trip to continue the festivities. However, the trip was too short, she said.

“I definitely planned on going to the beach and meeting up with friends after the show. Everything has been good; the food and the weather, everything,” Louisa shared.

Stonebwoy, whose real name is Livingstone Etse Satekla, has claimed that he is ‘an honorary Jamaican’ and revealed he had an interest in having somewhere permanent where he could stay on visits to the island.

The Nominate artiste has been reported to have over three homes across Ghana — in Ashaiman, where he was born and raised, Tema, and Kumasi.

“You know, ah God bless we and we have whole heap a houses and Jamaica nah go miss out of that,” Stonebwoy said.

He added, “Realistically, why I’m here at Rebel Salute is to honour Tony Rebel, because is one of his cousins, Ras Mel, ah grow me from 2000 and when. Ras Mel, finally we deh a Jamaica.”

The multiple-award-winning entertainer has contributed to the spread of Africa’s indigenous and urban music forms. He offered that the rise of Afrobeats globally has paved the way for more of its practitioners to be heard and invited to Jamaica and throughout the Caribbean region. He said reggae and dancehall music have reigned in Africa for decades, and now is the time for the genres to converge.

Stonebwoy has collaborated with some of Jamaica’s finest performers, including Sean Paul, Jahmiel and Beenie Man. The latter, who was also billed to perform on Night 2 of Rebel Salute, showed support for the Ghanaian. Stonebwoy performed hit singles like Gidigba, Tuffseed, Hero, My Name, Run Go, Therapy, and several collaborations, including Activate (a collaboration which features Davido), Most Original, and Shuga.

“I’m feeling great (after my performance). The feeling is amazing and I’m happy to be here once more, representing for Africa and the Caribbean, specifically Ghana and Jamaica. Memba say the whole ah we ah one people, and I say this without apology because the proof is in our DNAs,” he said.

“This is black music original…this is music that finds similarity in one another, because we are rooted in one scope and in one port, and I’m not surprised, because that’s how it’s supposed to be. In these times when we have technological advancements and social media, it’s only bringing us together more,” Stonebwoy continued.

In May 2022, the artiste signed a global deal with Universal Music Group label divisions Def Jam Recordings. He has announced that his fifth full-length album would be released in two months and that he will be headlining a concert in New York’s Times Square on March 3 dubbed ‘My Homeland Concert’. The show raises the curtain for Stonebwoy’s upcoming North American tour.

“I’ve been working with Jahmiel on his album. Also, 10Tik and Jahshii are some newer acts we have some work in the pipelines with, and persons will see some great collaborations on the album from Jamaica and across the world. So, I’m reaching out to all my Caribbean and Africa people in New York to come on out,” Stonebwoy said.