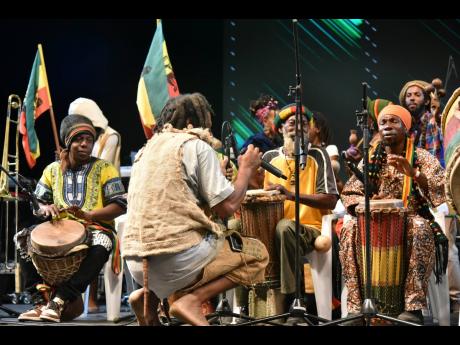 Kenyon Hemans
The Indigenous Village and guest drummers and chanters held the attention of the early Rebel Saluters. 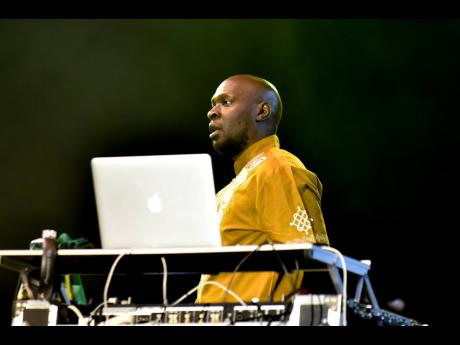 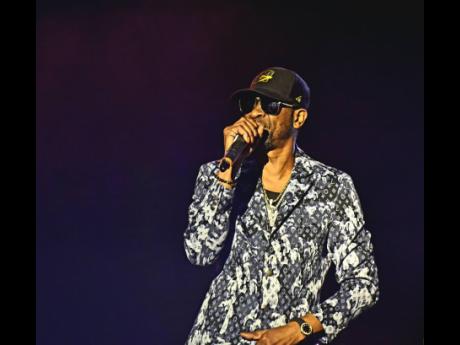 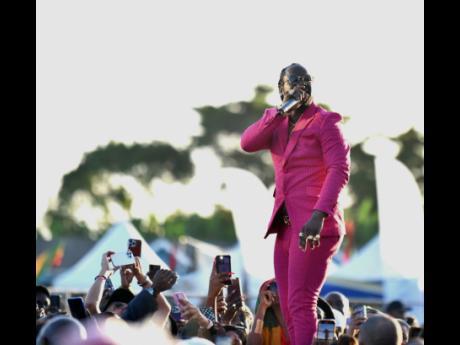 Kenyon Hemans
The plug was pulled on I-Octane as he performed for the crowd nestled deep in the audience. 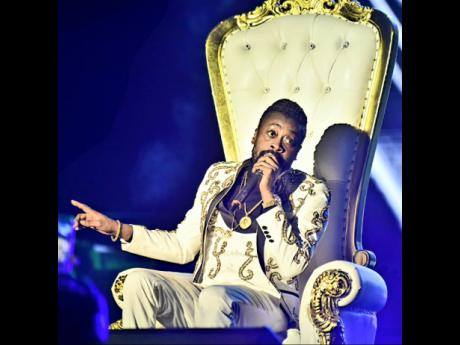 Kenyon Hemans
As a precaution, Moses Davis, more popularly known as Beenie Man, who has been nursing an ankle injury since November of last year, called for his chair, which was fit for royalty, noting that his doctor warned him not to stand on his feet for too long.
1
2
3
4
5

Didn’t make it to the 29th staging of Rebel Salute last weekend to get high off the performances of some of Jamaica’s top reggae-dancehall acts and to experience the revolutionised Herb Curb? Though there is nothing like seeing your favourite acts live, these top 6 standout moments may be able to give some consolation.

6 . ‘Hear the words of the Rastaman say’

There is no Rebel Salute without the Nyabinghi drumming session to raise one’s consciousness, and welcome the presence of Rastafari in heart and minds. For reggae-dancehall lovers who have not experienced the music festival from start to finish, this year’s Nyabinghi was not one to be missed. The Indigenous Village gathered on stage for fellowship, but for the first time, welcomed drummers and chanters outside of their community to join them on stage. According to Indigenous Village principal and artiste, Iziniga Ion, Nyabinghi is one of the unrehearsed elements of Rebel Salute and it is not a performance. Yet all the drummers and chanters were in sync and held the attention of the early Saluters.

South Sudanese reggae-dancehall artiste and selector Dynamq returned to Rebel Salute to defend his title. The selector would have participated in the inaugural Rebel Salute sound clash in 2020, where he went up against veteran Jack Scorpio, and won. This time around, it was Gurl Power’s DJ Naz, who would have fallen from his musical sound bites. Dynamq, though a gentleman, was not about to let DJ Naz upstage him and clearly did his research about his competitor — which did not go unnoticed by the audience.

The reggae-dancehall fraternity is known for adding its voice to topical issues and has been supporting Usaim Bolt through his recent battle with Stocks and Securities Limited (SSL) over missing funds. Veteran deejay Bounty Killer, who took the stage as Rodney Pryce on Night 1, spoke about the situation and blasted the firm. Also, in between performing their hits, other artistes such as Beenie Man, shone the spotlight on Bolt’s situation.

Known for giving stellar live performances, veteran singer Sanchez surprised the Rebel Salute audience on Sunday morning when he walked off the stage. It appears that the Never Dis Di Man artiste felt disrespected by the quality of the sound. Nearing the end of his set, while attempting to give a special serenade to the women in the crowd, Sanchez started to complain about the microphone he has been provided with. “Unuh leggo the mic nuh, please, because the mic nuh sound good. Leggo the mic; mek me sound like me. Unuh ah mek me sound like me sick or have some cold or supn,” Sanchez said, just before walking off but not before bidding the audience farewell by saying, “love unuh”.

2 . Artistes take performance into the crowd

Both Jahshii and I-Octane made the brave jump off the stage and into the crowd during their performances. Jahshii, the young dancehall sensation, who has been releasing hit after hit, songs like Born Fighter and 25/8, made a plea for peace during his set and thought it important to get closer to the audience for the message to be heard. It was loud and clear. His performance has been named one of the best of Night 1.

Meanwhile, I-Octane, who performed almost three hours later than he was scheduled to on Night 2, also traversed over the fences into the crowd from the VIP and into the general section. He made a plea of his own. The artiste, who has declared himself ‘Poor People Lawyer’, called out Prime Minister Andrew Holness for actions he thought do not benefit the poorer class. While the crowd showed support, I-Octane’s performance was silenced and the plug pulled after three instances of him using expletives.

Moses Davis, more popularly known as Beenie Man, may have given one of his best performances ever seen on a local stage. He performed the most tracks – over 20 of his hits – in comparison to other artistes on the Rebel Salute line-up, many of whom performed up to eight songs. So when the ‘King of Dancehall’, who was originally given 30 minutes to perform his set called out to Tony Rebel, lead organiser of the show, that he was going to ‘bad up’ rather than beg for 15 minutes, there was no debate. As a precaution, Davis, who has been nursing an ankle injury since November of last year, called for his chair, which was fit for royalty, noting that his doctor warned him not to stand on his feet for too long. And though fashionable, he came out on stage wearing different shoes on either foot. However, persons who were unaware of the artiste’s injury, would not even realise that he was feeling any pain or discomfort.