Beauty and the beast of public service – The Lisa Hanna story 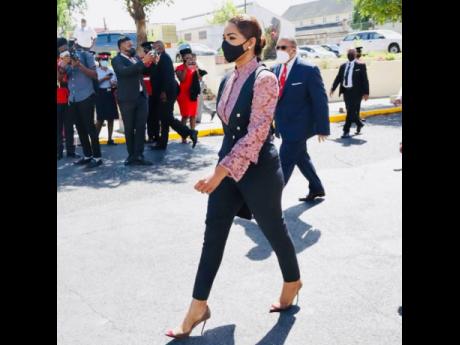 Lisa Rene Hanna personifies beauty. The effervescent St Mary native may have put Jamaica on the map following her Miss World title back in 1993, but it is her public service in the form of Government Minister and politician that has helped her burrow into the hearts of many Jamaicans.

From a tender age, Hanna seemed destined for the limelight. But even before her astounding beauty began to take shape, her infectious aura and charm led her into dabbling in television at just 14 years old.

Hanna co-hosted the Youth TV Talk Show, “Rappin’” for four seasons after which she would gain further exposure in her later years when she appeared in the International hit movie How Stella Got her Groove Back.

In 1993, Lisa Hanna did what many Jamaicans today still believe is one of the island’s biggest achievements, when she won the Miss Jamaica World title and went on to be crowned Miss World, catapulting her into international recognition.

The confidence and the poise gained from international exposure remained with Hanna throughout her collegiate years at the University of the West Indies.

She earned a Bachelor’s degree and later a Master’s degree from CARIMAC. She also served as External Affairs Chairperson for the Student Government.

Hanna’s transition to leadership at the national level was seamless and it was not long before she became Jamaica’s youngest female Member of Parliament when she was elected in 2007 to represent the constituency of South-East St Ann and has since been re-elected twice.

She was also Chairperson of her Party’s Region One and Youth and Culture Minister from 2012- 2016.

A fast learner with an intense work ethic and a knack for innovation, initiative and efficiency, Hanna quickly made her mark as a strong performer and protector of disadvantaged children, earning high favourability ratings among Jamaicans and internationally.

She currently serves as the Shadow Minister of Foreign Affairs and Foreign Trade. She is married to businessman, Richard Lake and has one son.