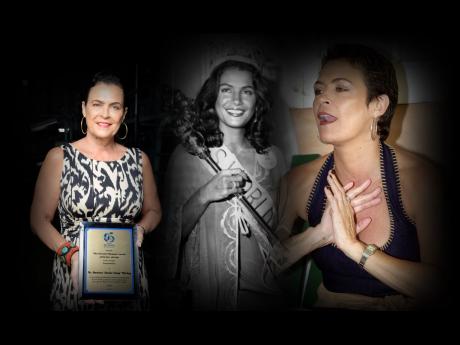 She's most recognisable as Miss World 1976 as well as the mother of Damian ‘Jr. Gong’ Marley, but Cindy Breakspeare is so much more. Though a successful entrepreneur today, after starting a business in 1979, with friend Donna Coore, her journey could not be classified as an easy one.

Many may not be aware of the challenges she navigated to becoming the second Jamaican Miss World and an all-round, extraordinary woman.

Born on October 24, 1954, in Toronto, Canada, she migrated to Jamaica when she was four years old.

The Immaculate Conception graduate, who loved to draw and paint, decided to enter the Miss World competition a few years later.

Her Miss World title didn’t come without a challenge, as she entered the competition during a time when Jamaica was at the forefront of the international campaign against apartheid, becoming the second country in the world after India to declare an embargo against South Africa in 1957.

South Africa had sent both a black and a white delegate to the competition, leading the South African Non-Racial Olympic Committee to organise a boycott that led to nine countries refusing to participate in the contest.

Jamaica’s bid for the crown in any event that included a White South African would have bothered then prime Minister Michael Manley, who was a leading spokesman against apartheid.

This didn’t deter her, and with the help of private sponsors, she journeyed to the competition in England and won.

Even though she came home to no red carpet or fanfare, she hit the ground running with her Miss World responsibilities.

Her relationship with reggae icon Bob Marley, which began before the competition, continued amid her hectic schedule.

After the Miss World pageant, Breakspeare lived in London for some time, spending much of it with Marley.

Some months later she became pregnant with her son Damian, which led her to reorganise her life.

She returned to Jamaica, turning down several international modelling opportunities to do so.

During the years after her reign, she started a business while raising Damian.

This business, Ital Craft, a partnership with Donna Coore, the wife of Third World musician Cat Coore, saw her exploring her creative side, making jewellery from shells and other natural objects.

Ital Craft went on to become immensely successful; at its height, the hand-made jewellery found its way into stores like Bloomingdales, onto the runways of Paris and in several locations in the Caribbean.

After Marley died in 1981, filling in the blanks about reggae icon’s life for Damian is something Breakspeare became accustomed to.

A few years ago, she gave the annual Bob Marley lecture at the University of the West Indies, Mona and had several women in the audience crying openly.

Over the decades Breakspeare has continued to build her name and her brand, also becoming an interior decorator and raising her family.

Since 1999, she’s been married to musician Rupert Bent II.