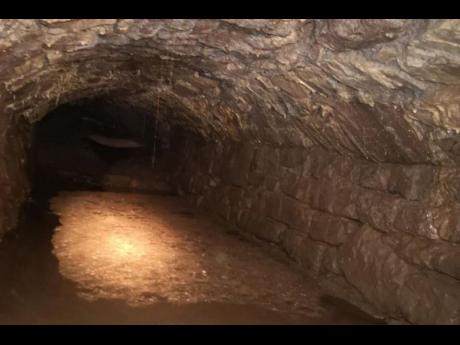 A team of utility workers discovered a medieval tunnel as they relocated a pole in Wales.

Western Power Distribution revealed that staff members were working in the village of Tintern when they discovered the passage that dates back to the 11th century.

Technician Allyn Gore explained that research into the area's history had failed to unearth any mentions of the tunnel in maps dating back to the 1700s and found that it does not appear in any public records.

Gore said: "I have been involved in other excavations where we have discovered old wells and cellars not shown on any plans, but nothing as exciting and impressive as this.

"Further investigation revealed it was a man-made tunnel around four feet in height."

Gore said that the discovery has led to the renovation project being halted as archaeologists look into the tunnel.

He explained: "For now, we have back-filled the trench and reinstated everything and we are planning an alternative route for the customer. It could take years before the investigations are concluded."