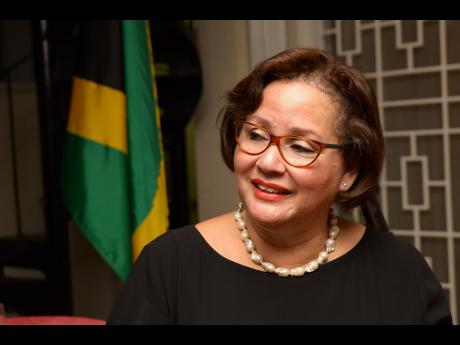 Dr Rosemary Moodie is another outstanding woman, whose success has made waves around Jamaica and spread to shores away from it’s borders.

She is a Canadian Senator, a neonatologist and paediatrician. The passion and care Rosemarie Moodie has put into these careers has helped her, not just to earn acclaim in two countries, but to benefit the people living there in no uncertain terms.

The awe-inspiring and monumental contributions she has made to Canada has cultivated social change and facilitated the expansion of health care access to society’s most vulnerable. The massive roles she holds today may belie her humble beginnings, even surprising her when she looks back on it.

The former St Hugh's High School student said “she would never have thought about sitting as part of any government in her wildest dreams, much less to do so in her adopted country, Canada.”

“To be appointed a senator in Canada can only help Jamaicans in the Diaspora. It can be a very important development. They can now look at me and see someone that looks like them and sounds like them [because I am still very much Jamaican], and through me, see the possibilities," she said.

Laurie Peters, Canada's high commissioner to Jamaica, said Moodie's appointment was in recognition of her leadership, mentorship and community service, "which has significantly contributed to improving the lives of many Canadians and people around the world".

In 2017, Senator Moodie was awarded the Order of Distinction in the Rank of Commander for her outstanding efforts in community development, medicine and philanthropy in the Jamaican Diaspora in Canada. She was appointed to serve as a senator in the Canadian parliament in Ontario in 2018.

Senator Moodie’s extensive work profile includes being on the Board of Directors for the inaugural board of Providence Healthcare, St Joseph’s Health Centre, St Michael’s Hospital and the Scotiabank Jamaica Foundation. She was President and Board Chair of the Young Women’s Christian Asociation’s Toronto chapter when the Elm Centre was completed. She is also an associate staff neonatology physician and longtime member of SickKids.

In 2011, Moodie was recognised by the hospital for 25 years of outstanding service. She has received numerous awards and distinctions, including the Royal College of Physicians and Surgeons of Canada Prix d’excellence – Specialist of the Year, Canadian Pediatric Society Distinguished Community Pediatrician, University of Toronto Alumni Association Community Engagement Award, College of Physicians and Surgeons of Ontario Council Award, and City of Toronto Constance E. Hamilton Award on the Status of Women for securing equitable treatment for women.