The dawn of drive-in cinemas 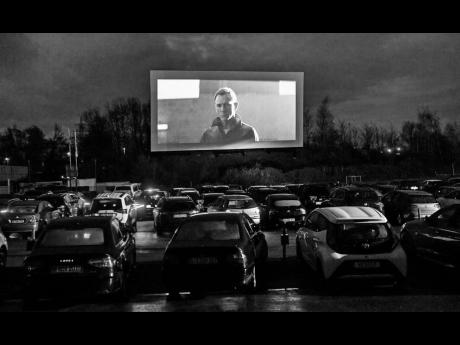 There aren't many drive-in cinemas in Jamaica, that number depleting over the years but there was a time when it was all the rage. A couple of hurricanes put paid the Harbour View Drive-In, while unprofitability took care of a few others over the years. But the phenomenon of a drive-in cinema, even before there were that many cars on the island, was very popular to start with. The idea for having drive-ins in Jamaica began in 1960 and The Gleaner was there for it.

JAMAICA'S first drive-in cinema, the Boulevard, was opened officially on Thursday evening by the Hon. Dr. Glendon Logan. Minister of Housing and Social Welfare, at a cocktail party and film show attended by over 500 guests.

Mr. Tony Bridge, chairman of the Board of Directors of Jamaica Theatres Ltd., owners of the drive-in, in his introduction expressed, on behalf of the company, appreciation for the many telegrams and good wishes of congratulations which had been received. He also took the opportunity to pay tribute to the many persons who had been of assistance, particularly Mr. Lucien Chen, another director and Mr. Drew Eberson, the architect and designer.

Dr. Logan congratulated the promoters of the cinema who, he said, deserved the greatest amount of credit for having brought forth another amenity for the amusement and entertainment of the people of the Corporate Area. “I am sure they will be given the support which they deserve.”

The theatre, said Dr Logan, was one of the most important vehicles by which entertainment as well as information was given to the people. He suggested that the cinema be used, not only to provide a high standard of entertainment, but supply the type of information which “will make our country a better one to live in.” This, he said, could be done through the introduction of educational shorts which would in no way detract from the general entertainment.

Following the opening ceremony, the film “Next to No Time” starring Kenneth More and Betsy Drake, was shown.