When the political levee breaks 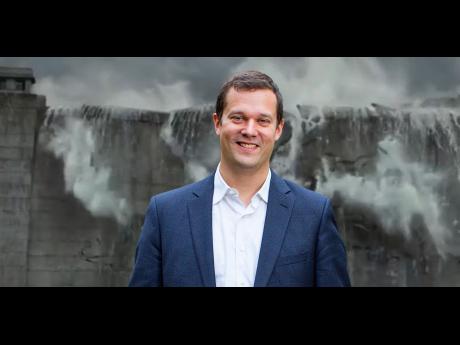 LONDON – Swaths of Europe are flooded, and the American west is engulfed in heat, fire, and drought. Wealthy countries are experiencing what many developing countries have always known: a changing climate can become quickly unmanageable when our control of water fails.

Following this summer’s disasters, political leaders from German Chancellor Angela Merkel to Oregon Governor Kate Brown have duly called for accelerating the global fight against climate change. But while reducing greenhouse-gas emissions is urgently needed, it isn’t enough. Wealthy communities’ loss of water security is evidence not only of a changing climate but also of a broader political failure.

At the beginning of the twentieth century, everyone was routinely exposed to difficult climate conditions. The west of the United States, for example, was largely uninhabitable for those accustomed to mild climates. The orchards of California’s Imperial Valley were still to come, their rich soils baked dry into an unplowable crust. The cities that now occupy the region’s deserts – San Diego, Los Angeles, Las Vegas, Phoenix – were waterless outposts that could not support anything near their modern populations.

Similarly, since the collapse of the Western Roman Empire in the fifth century, the European landscape had remained largely untamed. We may now think of the continent’s old forests as a romantic wilderness, but nineteenth-century children’s fairytales described them more accurately as impenetrable, swampy places inhabited by wolves and bandits. For centuries, Dutch engineers attempted to reclaim lands across the continent but consistently failed to achieve permanent security.

At the time, Qing China had acquired global fame for its ability to control Asia’s powerful rivers (a skill that Adam Smith saw as a remarkable source of comparative advantage). And yet, even the Celestial Empire could not avoid recurring natural disasters. At the start of the twentieth century, the climate system still ruled the landscape. The only universal form of “climate adaptation” was acceptance.

Then, everything changed. Two world wars and growing political enfranchisement fueled demands for universal welfare. Economic growth – a relatively uninteresting phenomenon to nineteenth-century elites who did not have to share wealth – became the principal preoccupation of politicians answerable to the unemployed and the insecure. Reliable access to water became a political imperative, an instrument in state-building.

Most countries that could afford to do so started transforming their water landscapes in the service of the consumer economy and a widening polity. Reclamation projects added cultivable land and broadened economic opportunities. Then came hydroelectric power, the first source of electricity that could be fully scaled to support industrialization and mass employment. Rivers became blueprints for development.

As cities grew, floods – a tragic fact of life up to that point – became politically intolerable. Unsanitary conditions were swept away by near-universal access to clean water supplies. The shape of the modern landscape slowly changed as it filled with levees, flood defences, dams, canals, and reservoirs. These were invariably financed by the new economic power of the state and supported by the aspirations of a broadened electorate.

America led the way, delivering some of the twentieth century’s most iconic water projects, from the Hoover and Fort Peck Dams to the Army Corps of Engineers’ management of the Lower Mississippi River and the Tennessee Valley Authority.

Investments in modern water infrastructure spread around the world, driving planetary-scale transformation. At the beginning of the twentieth century, humanity had virtually no water storage and practically no large dams; yet by the 1970s, infrastructure could catch roughly one-fifth of all runoff on the planet. As people replumbed the landscape – leaving a wide trail of unintended environmental consequences in their wake – a modernist dream was nurtured: finally, people could be fully insulated from the effects of a difficult climate.

Over time, many of those living in rich countries simply forgot about all the water flowing behind the dams and levees. Having long since been normalized to the uninterrupted rhythm of the consumer economy, Californians and Germans this year were duly stunned by the violent return of nature. The catastrophes they have witnessed had become simply unthinkable for affluent modern societies.

Though floods and droughts routinely afflict hundreds of millions of poor people around the world, these events seldom make the news (the main exceptions being in rich counties, as when Hurricane Katrina devastated New Orleans’ poor, mainly African-American, Lower Ninth Ward in 2005). In an echo of the Malthusian fallacy that treats poverty as a symptom of moral failure, the disasters that strike developing countries are dismissed as an inevitable consequence of underdevelopment.

But water security is not simply a product of development and political stability. Rather, it contributes to both. Modern economies and stable political institutions were built on the promise of water security and the opportunities that it furnished. Our institutions’ increasingly evident failure to fulfil that promise thus poses a direct threat to the civic compact that binds citizens and the state.

The supposedly permanent solutions of the twentieth century are proving inadequate. This century’s climate disasters are harbingers of a new relationship with our environment, raising questions that we have not had to ask for many generations. What do we want our landscape to look like? What risks are we able to tolerate? What should we expect of the state when it comes to our environmental security, and what authority does that entail?

These are not technical questions. They are political ones, and they will increasingly occupy centre stage in the twenty-first century.

Giulio Boccaletti, an honorary research associate at the Smith School of Enterprise and the Environment, University of Oxford, is the author of Water: A Biography.