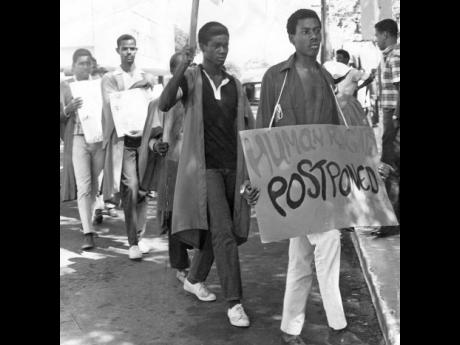 Demonstrating students of The University of the West Indies with one of the many placards they carried on October 16, 1968. 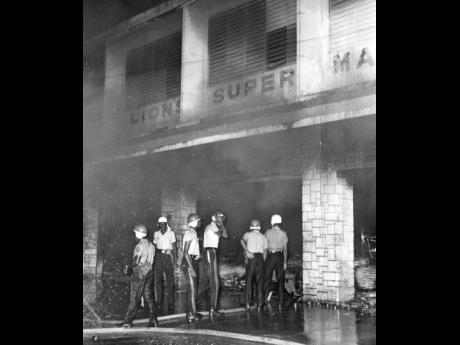 Policemen at Lion's Supermarket, Waltham Park Road, after the building was gutted by fire on October 16, 1968, the result of hoodlum activities which followed in the wake of a demonstration started by students of The University of the West Indies. 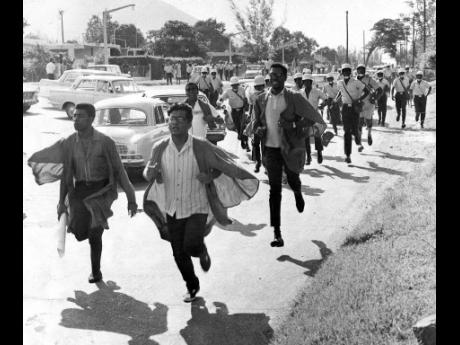 Students of the University of The West Indies break through a police cordon along Mona Road, St Andrew. The cops, armed with tear gas canisters and riot batons, are in hot pursuit. 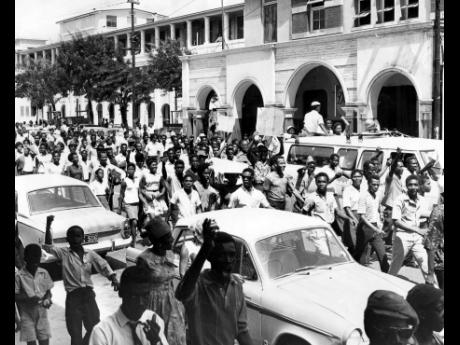 Walter Rodney demonstrators marching down King Street in the vicinity of the Supreme Court buildings heading for Harbour Street, where they held a meeting in front of The Daily Gleaner building on October 16, 1968. 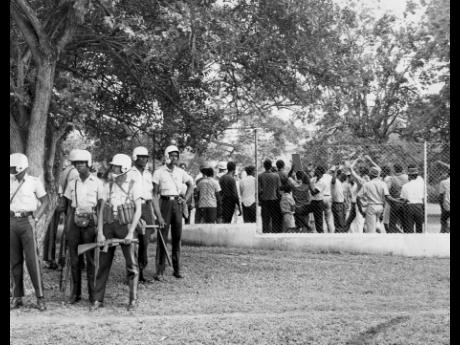 The police and military occupy the UWI Campus at Mona as students demonstrated against the exclusion from the island of lecturer Walter Rodney.
1
2
3
4
5

On October 15,1968, the government of Jamaica declared Walter Rodney persona non grata. He was not allowed to leave the plane that brought him back to Jamaica from a Black Writers’ Congress in Canada.

The decision to ban him led to protest among students at The University of the West Indies, Mona campus and wider, to include large sections of the working-class communities.