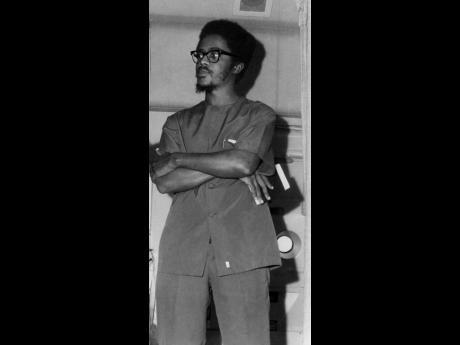 Guyanese lecturer Dr Walter Rodney was denied re-entry to Jamaica, having left the country for a week. Rodney had attended a Congress of Black Writers in Canada but, upon his return, was told he could not leave the plane and so he was sent back to Canada. A spokesman for the Ministry of Home Affairs said that an Exclusion Order had been issued against Dr Rodney but gave no reason for the order.

A 26-year-old Guyanese lecturer at the University of the West Indies who left the island last week for Montreal, Canada, and attended a Congress of Black Writers, was barred from re-entering Jamaica yesterday afternoon by the local immigration authorities on his return from Canada.

Barred was Dr Walter Rodney, lecturer on African History at the University of the West Indies, Mona.  He left Jamaica last Thursday and attended the congress which was held in Montreal from Friday, October 11, to Monday, October 14.

Yesterday morning, he boarded an Air Canada flight in Montreal to return to Jamaica.  When the flight landed at the Palisadoes International Airport at 2.20 p.m. acting Supt S.C. Gibson, who is in charge of the local Immigration Department, boarded the aircraft and informed Dr Rodney  that he would not be permitted to re-enter the island.

Dr Rodney was not allowed to leave the aircraft and was taken back to Montreal on the return flight later in the afternoon.

Contacted yesterday afternoon, a spokesman for the Ministry of Home Affairs said that an Exclusion Order had been issued against Dr Rodney but gave no reason for the order.

It was learnt, however, that the decision about exclusion action against Dr Rodney was taken by the Government some time ago as a result of his reported secret, personal activities in several areas of the island, which appears to have convinced security circles that he was “a grave security risk”.

It was also learnt that the Vice-Chancellor of the University, Sir Phillip Sherlock, was called in by the Government on Monday and the matter was discussed.  The Exclusion Order against Dr Rodney was issued after Monday’s Cabinet meeting and was gazetted yesterday.

In a snap interview aboard the Air Canada aircraft yesterday afternoon, Dr Rodney told The Gleaner:

“This is no surprise to me.  I have discovered that in Jamaica to be a black man is dangerous.”

He was appointed lecturer on African History at the UWI in January 1968.

His wife, a Tanzanian, and son, are residents of Jamaica.