COVID-19 has made life even harder for migrant workers 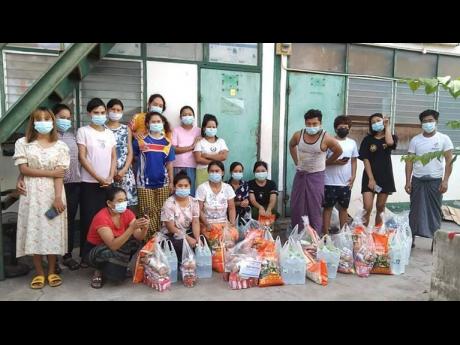 GENEVA: (ILO News) – The COVID-19 crisis has had a devastating impact on migrant workers all over the world, in particular those employed in precarious low-wage sectors, who were often the first to experience the economic shock of the pandemic, says a new report by the International Labour Organization (ILO).

Migrant workers were also targets of discrimination and xenophobia, says the report, Locked down and in limbo: The global impact of COVID-19 on migrant worker rights and recruitment.

Many migrant workers had their employment summarily suspended or terminated as the virus spread, leaving them without a source of income. Some employees were stood down without pay, while others had their hours or rates of pay reduced, or were required to go on leave. Others were not paid for work they had done, in violation of the terms of their contracts.

Migrant workers often found themselves stranded due to lockdowns and border closures. Others were suddenly repatriated, without operational systems and protocols in place. In some instances, public health law was used to justify their expulsion. Returnees were then often stigmatised and subject to long periods of compulsory quarantine because they were considered to be carriers of COVID-19.

This was particularly the case in countries that employ high levels of migrant workers. In Malaysia, for example, migrants made up more than 50 per cent of the workforces of several garment companies that closed, leaving thousands out of work. The job losses for Sri Lankan migrant workers were described as unprecedented, as contracts were terminated prematurely.

In addition to losing their jobs, migrant workers were also often directly or indirectly excluded from COVID-19 social protection packages made available to national workers, such as basic healthcare and income security measures against sudden job and wage losses. This left them even more exposed to the pandemic.

Unemployed, unable to leave and without any kind of help, many migrant workers incurred additional debt and lost savings, which they used to cover basic living costs for themselves and their families or to try to return home. Debt has financial, social and psychological implications for the reintegration of returnees, the report says. Migrants who return home after a “failed” migration can face threats, abuse or violence by moneylenders.