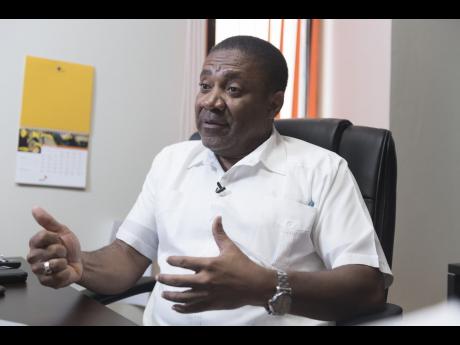 Phillip Paulwell says he would have broken ranks and voted for the state of emergency (SOE) if he was a senator. While he agrees that his party's decision was one of principle, he shared that people want an end to crime and don't care about principles when they are hurting from losing a loved one.

PNP WILL PAY FOR SOE VOTE

That move has forced the Holness administration to pursue a secondary option, zones of special operations, in southern Savanna-la-Mar and Parade Gardens, central Kingston, within eight days in January.

Paulwell, opposition member of parliament (MP) for Kingston Eastern and Port Royal, a constituency that has been ravaged by gang violence for years, said while he accepts the position of the party as principled, it was “bad politics”.

He said that he would have broken ranks and voted with the Government if he were one of the eight opposition senators who doomed a proposed SOE extension.

The Government, through the governor general, can declare an SOE for 14 days but requires a two-thirds majority vote in the House of Representatives and Senate to grant an extension.

“The decision by the party not to support the Government on the extension of the SOEs will hurt it in the future.The Government does not have a crime plan. So since the SOEs are the only tools they have, at least in the interim, I believe they should have supported it,” Paulwell said in a Gleaner interview.

“My people in East Kingston want an end to murders. When their loved ones are dying without cause, you can’t tell them about principles.”

Major crimes trended downwards last year, but murders have been an Achilles heel for the Government and police.

Jamaica ended 2021 with 1,463 murders, and the bloodshed has continued into the current year, with an average of up to five homicides a day up to January 12.

Last week’s tally included four double murders in 36 hours and the killing of a nine-year-old autistic boy whose throat was slashed.

“No one will remember that the prime minister told Jamaicans to vote for the Jamaica Labour Party and they could sleep with their doors open,” Paulwell said, referencing a pledge by Andrew Holness, as opposition leader, which has provided political fodder.

“What they will be told is that the Opposition did not support the extension, and it will come back to haunt them.”

The threat of a haunting could be tested in the local government elections, which are due in February. It is not clear whether a record wave of coronavirus infections will cause that date to be pushed back.

Holness has floated the idea of imposing SOEs for as long as seven years, but the Opposition has argued that there are adequate tools to fight crime without encroaching on constitutional rights.

The detention of five men under SOEs was ruled unlawful by the Supreme Court. The Government has appealed that decision.

Keith Duncan, co-chair of the Economic Programme Oversight Committee and president of the Private Sector Organization of Jamaica, has backed the use of SOEs in fighting crime.

The Government has signalled its intention to pursue constitutional reform, but that action would require support from the Opposition for the passage of legislation. Paulwell said he is unimpressed by the posture of both.

“Our main problem is with political tribalism. Both Government and Opposition have not supported each other the way it should, and if there was greater cooperation, we would be in a better place,” said Paulwell.

“There are some issues on which you should not fight. The issue of crime and violence is one of them. If murders were cut by 50 per cent, Jamaica would become an overnight paradise.”