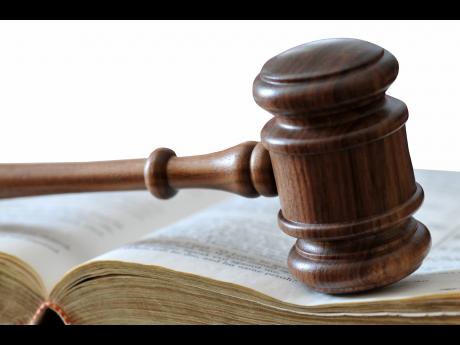 A judge has blamed the busy sentencing period as the reason for an error in a rape case. The offender pleaded guilty to raping a visually impaired schoolmate. His lawyer, however, says that the sentence has given her client the opportunity to turn around his life.

A 21-YEAR-OLD man who, as a boy, raped his schoolmate after stealing her pen, had his five-year prison sentence reduced last Friday by the Court of Appeal to a three-year suspended term following a misstep by the sentencing judge.

The offender was slapped with the prison sentence after pleading guilty in the Manchester Circuit Court before Justice Cayls Wiltshire, who had indicated that she would have given him a non-custodial sentence if he had pleaded guilty.

The appellant, who was 17 when the crime was committed, was convicted on March 9, 2020, for raping a 16-year-old visually impaired student on the school compound in 2017.

According to the facts of the case, on the morning of September 22 that year, the appellant took away the complainant’s pen and ran to a section of the school that led to the top of a building.

The complainant chased the appellant, but when she caught up with him, he demanded sex in return for the pen.

The schoolgirl refused but the appellant held her down and raped her.

Following her ordeal, the schoolgirl reported the incident to the dean of discipline and the police, which led to the appellant being charged and convicted.

However, the attacker appealed his conviction on the grounds that the judge gave the sentence indication before he had pleaded guilty and that the term given was in direct contradiction to the indication.

The appellant further charged that the sentence imposed was excessive.

According to the written judgment, attorney-at-law Caprice Morrison, who first represented the appellant, was not present during the sentencing hearing. However, the attorney who stood in for her asked the judge to suspend the sentence but she refused.

The lawyer, however, did not remind the judge about the prior sentence indication nor did the prosecution.

Justice Wiltshire, in a written explanation to the court as to why she had not honoured the sentence indication, admitted that it was an error.

“There was an intention to impose a suspended sentence and it was an oversight during the very busy sentencing period,” she noted.

The Court of Appeal judges thus granted the appeal and reduced the sentence.

The justices took issue with the judge’s handling of the case.

They noted that although no one had challenged the sentence indication, there is no such record or application, which ran contrary to the requirement of practice direction.

plea of guilty to the charge,” they noted.

Against this background, the appellate justices said they found the high court judge’s explanation “difficult to appreciate”.

The Court of Appeal judges also frowned on the judge’s decision to have granted the indication without first having sight of the social-enquiry report, which would have helped to determine the appropriate sentence.

They, however, highlighted that, if a judge wishes to deviate from the sentence indication after an offender has pleaded, he or she must first advise the parties, including the offender, who must also be given the choice of vacating his or her guilty plea.

“We found that the sentencing judge erred in departing from the sentence indication in the manner she did and imposed a sentence inconsistent with it,” they added.

The appeal court judges said that they were severely restricted by Section 6 of the Criminal Justice (Reform) Act, a statutory provision preventing the court from ordering a suspended sentence with respect to a sentence of imprisonment above three years.

Meanwhile, the appellant’s lawyer, Yanique Watson, who was pleased with the outcome, said the ruling demonstrates the fairness of the justice system.

“Judges are human and they are not beyond the scope of making errors, but this ruling continues to reinforce that the justice system is here to serve its purpose and it did so in terms of setting something right that had gone wrong,” Watson said, adding that her client was grateful “he has gotten a chance to change the course of his life”.