The sweet spice of his life, Kacia 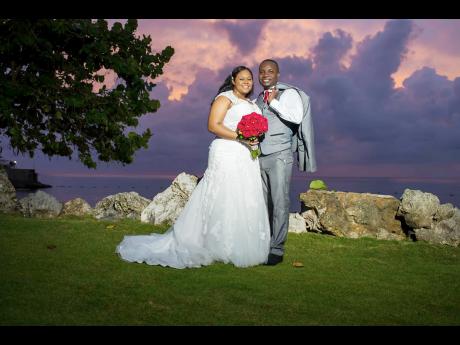 Contributed
Newly-weds Kacia and Andrae glow against the sunsetting backdrop. 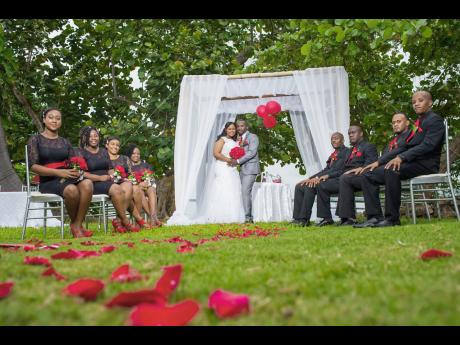 Contributed
Surrounded by petals and a promise to cherish each other for eternity, the bride and groom share the moment with (from left) Sandrene Powell, Tamika Cummings, Kamoy Whyte, Shelly-ann Robinson (maid of honour), Andrew Lee (best man), Rory Martin, Errol Whyte and Jeremy Carr. 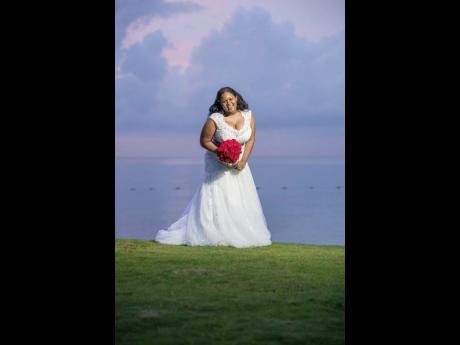 Contributed
The beautiful blushing bride beams with excitement after her nuptials. 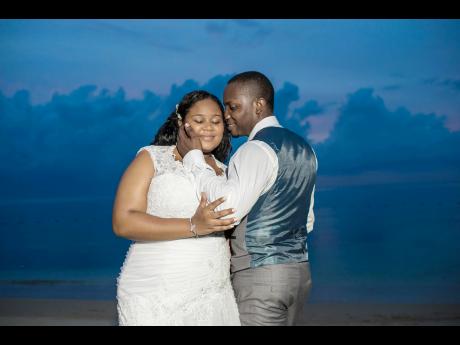 Contributed
Andrae Cummings lovingly embraces his wife, Kacia before planting a juicy one on her temple. 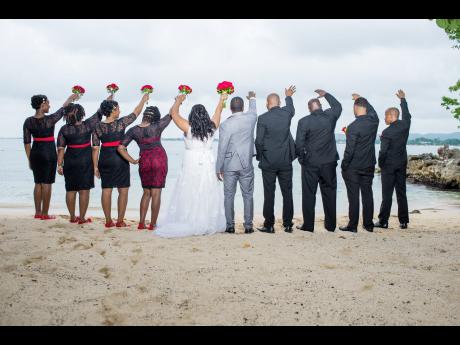 Contributed
Hands up for love – the supportive bridal party sandwhiches the newly-weds after the ceremony. 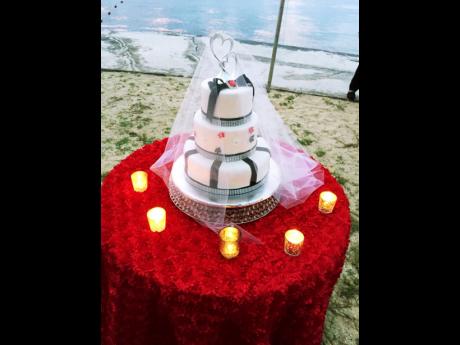 When Andrae Cummings walked into Sweet Spice Restaurant, two and a half years ago, he got more than the he went in for.

He was greeted by "the most beautiful young lady I have ever seen, her smile lit up the entire room, Kacia (Whyte) was very friendly and just naturally kind hearted," he told Flair. As a result, Andrae visited the eatery everyday just to get a closer look of his new found friend.

It wasn't long before they realised that they had a lot in common. Andrae shared, "We both enjoyed entertainment and we love to laugh, and eventually we found out the greatest thing of all - we both feared and loved the Lord. It wasn't before long we knew, we had found our soulmate."

As the relationship blossomed, Andrae wanted to make things official. So he made the necessary arrangements to make Kacia his forever.

On the morning of January 27 (Kacia's birthday), Andrea told her he had to work and treated her to a day at the spa to be pampered. He told Flair, "I had a million errands to run. I made my way to pick up the ring at Whitter Village, Montego Bay, from there I headed to Negril to get her parents' and our pastor's blessings."

Later that afternoon, Kacia was told to get dressed for dinner. Upon arriving at Sandals Royal Plantation, she walked into a beautiful garden restaurant beneath the stars to a table under a lightly lit tree with soft romantic music echoing in the background.

"After dinner and a few glasses of wine, the waiters provided the perfect distraction by singing happy birthday and presenting her with a cake, and that's when I went down on my knees behind her. By the time she turned around I popped the question and she burst into tears and said, 'Yes!'"

The enchanting union took place at Llantrissant Beach Cliff Villa, West End, overlooking Negril's Seven Mile Beach, on June sixth. Kacia marched down the aisle on the arms of her father in a white corset, mermaid dress with a cathedral veil from Bliss Bridal Boutique. Andrae was attired in a charcoal gray suit with black trimming by Pablo Palair Fashions. The bridal party were outfitted in black lace dresses accentuated with red belts. Their more than 100 guests all wore their wedding colours.

Sweet Spice Restaurant pulled out all the stops with delectable Indian foods like dahl and choka balls and a pasta station, all apart of the full buffet. All the tables were draped in the wedding colours - black, red and silver creating the most elegant and romantic ambiance.

Not long after they dashed off to Fire Fly Negril for their honeymoon.