No Rule to Dating 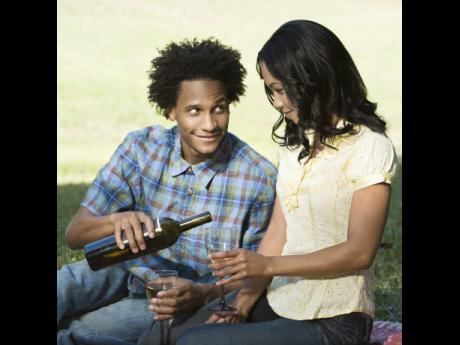 Dating can be tedious. You have to think about what to wear, how to impress the person and what to say. Then there are the unwritten rules about when to call, who is to pay and what you should do. All that makes an evening out more like an evening of walking the tightrope.

It is impossible to really stick to all the rules of dating so Flair asked men about the rules they chose to discard, and which have worked in their favour. Here are the responses:

The man should pay for everything on every date. Ain't nobody got time for that! I agree that a man carrying a woman out on a date is responsible for the expenses, but not every date. Dude will be broke by time they - if they decide to - get married. The type of women I like are ones who can say, "Honey, I got you today." Yes! My wife is superindependent and sometimes I've had a difficult month and was low on cash due to extenuating circumstances. She held me down. She had my back. Which gave me a glimpse as to what it would be like if I were to marry this girl. I would have a partner not a dependent.

If it is still a rule that men should pursue and make the first move. In some cases, though, a guy has no clue a girl is remotely interested in him. In such a case, breaking the 'rule', a woman can ask said guy out on a date. Thus making the first move.

I did not abide by any rule. I just think that if you have a rule, then you are not really serious. Rules are for games and relationships are not games.

I have broken the code of dating a brethren's girl. If she's an uptown girl, then you have to carry her on ghetto dates like down by the waterfront. If it is a ghetto girl, you have to take her uptown by Ribbiz.

Tooting horns when I am picking up the girl is a no-no, and opening the door for the woman is a must.

Well dating has evolved over time. Back in the day, we did not have cellphones and we depended on the date to get to know the person. Now people already know each other before the date. We text, video call, etc., so by the time we meet, chemistry is already built. So kissing on the first date is definitely a rule I break.

I have had sex on the first date on several occasions.

I have accepted and sent late-night messages to the person I am with.

I have done two dates in one night and I also called the same time (I receive a number) to ensure that it is the correct number that the girl gave me.