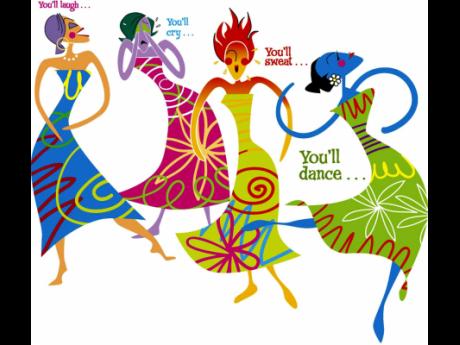 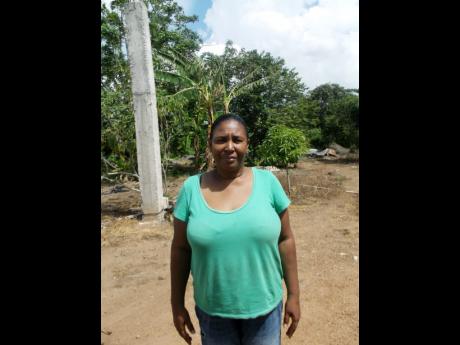 A woman's body is never static and during the course of her life, she will go through certain changes from puberty to adulthood to menopause. For some, the metamorphosis in the latter is so difficult that it is even referred to as 'the change'.

A recent conversation with some women who have entered this stage in their life, led the Flair Magazine to explore the dichotomy that seems to exist between how women in rural areas deal with these changes versus their urban counterpart.

Like many other ailments, individuals in the rural areas tend to treat menopausal symptoms with 'home remedies' instead of immediately seeking the treatment of a physician. That is the case for 47-year-old Ann-Marie Fenton from Sandy Bay, Clarendon.

While her hot flashes were almost unbearable, Fenton did not go to the doctor but rather tried a few home remedies. "I eat ice right throughout the day. When I am not eating ice, I am drinking iced water. In between that, I get a large towel, wet it in very cold water and place it across my body, that is divine," she shared.

She also suffered from insomnia caused by her irritability, another symptom of menopause. But she has started drinking moringa and chamomile teas, and her body is now more relaxed and she has no problem falling asleep.

Fenton also added another home remedy to her list to combat her mood swings. "I am now drinking sour sop leaf tea. It relaxes me somewhat," though admitting that she still has bouts.

For intense sweating, Fenton said the only thing she can do about that is wear cotton clothes which feel cooler against her skin.

Fifty-year-old Donna Anderson, from Kingston, admits that she had intense hot flashes and recalled the day that she decided that she had to go to the doctor.

"I remembered sitting at my desk and I could count the hot flashes. You know like when you were a child and old people say 'duppy blow on your neck back so it feels hot'. I think they were going through menopause. It started from the back of my neck and spread all over my body, and I would be covered in sweat. It would then stop and 15 minutes later start all over again," Anderson recalls sounding exhausted as if reliving the experience.

She was prescribed hormone tablets which initially helped her, but then that brand was taken off the local market. She remembers standing in the pharmacy calling her doctor frantically demanding that he recommend something else that she could take. She was given a new medication that she has been on for the past six years.

"Mine was just too intense. There is no way that I could do it without the medication, it was too much," she told Flair.

She laughed at her antics as she recalls the days she hogged all the fans and was always sticking her head in the refrigerator to cool down.

But during menopause, others around someone who is symptomatic also feel the effects. Fenton admits that her husband was often on the receiving end of her irritability.

"I have stopped apologising to him (husband), because I get irritable so often and 'crass' that it doesn't make sense," she admitted with a laugh.

"Yes, it's been rough on him. Most times, I just cuss him out for nothing at all and everything he does makes me angry and annoyed," she admits.

At that admission, we couldn't help but look in his direction, with an indulgent smile he offers, "I just totally ignore her when she gets into that mood. If she gets too much, I go for a walk, by the time I reach home, she is normally in a better mood," he said.

These symptoms are not strange or unique to these women because according to General Practitioner Dr Garth Rattray hot flashes, irritability, and irregular to non-existent periods are just a few of the symptoms of menopause. Menopause is the period in which the woman's menstrual cycle ends. Most women start to feel these symptoms between ages 48 to 52, and it usually last for four to five years.

There are, however, exceptions such as Fenton, who experience early menopause because she had undergone two major surgeries one to remove ovarian cysts and another to remove fibroids. But there are some women like Anderson who experience the symptoms for more than five years, and they are others who do not experience any at all.

Dr Rattray was quick to point out that symptoms do vary between women, and there is little that can be done prior to menopause that will determine what, if any, symptoms you will experience.

However, the doctor notes that there are things that can be done during menopause to reduce its impact. He recommends avoiding hot beverages, caffeine products, and spicy foods as these may stimulate the heat. He recommends that menopausal women try as much as possible to keep cool by drinking cold beverages to reduce the intensity of the hot flashes. He also recommends exercise, which will reduce the symptoms of menopause.

But the opposite can happen. When a woman's sex drive spikes during this period, it is because they feel less restricted since they are now unable to get pregnant.

While this period in a woman's life is unavoidable, the good news is that the symptoms are treatable.