Dushyant Savadia: A Beacon of Hope 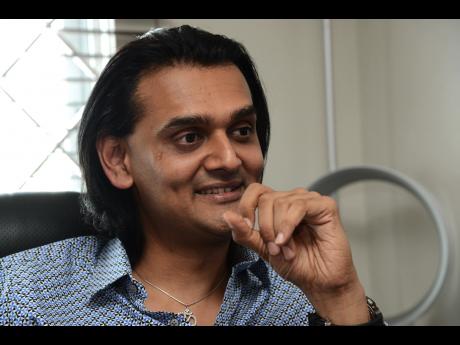 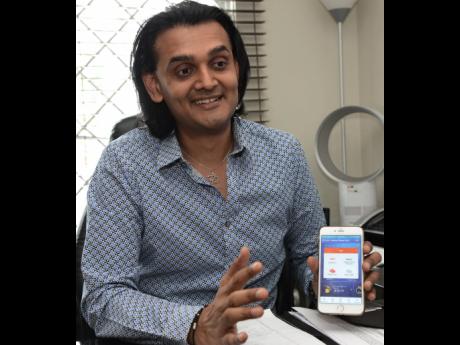 Rudolph Brown
Savadia showing the features of the Amber App. 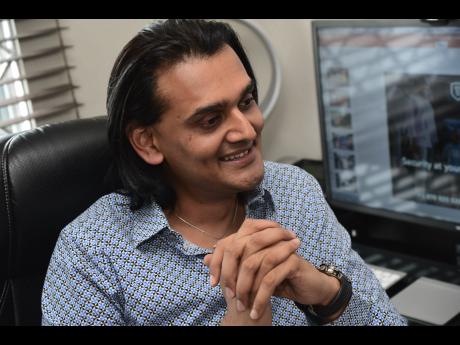 Rudolph Brown
Dushyant Savadia recalling his early days in the Art of Living.
1
2
3

You could say that Dushyant Savadia has mastered the 'Art of Living' after managing to steer his life off a destructive path.

Savadia was born into a well-to-do family in India. However, the younger of Dinesh and Smita Savadia's two sons was a bit of a problem child. Searching for something to fill an unhappiness he felt inside, the youngster turned to alcoholism and smoking at the tender age of 14 years.

"At one point, I was drinking up to a litre of rum every night," Savadia told Flair. He was also a chain smoker, puffing his way through 40 to 50 packs of cigarettes every day. He remembers being very angry and aggressive in his youth. His parents did all they could for him, Savadia said, but nothing helped. They tried for several years until when he was 19 years old, his father, angry and frustrated, threw him out of the house.

Now on his own, Savadia was forced to find a way of surviving without his family. He travelled to Dehli and found work as a waiter. He found something else, too. He was introduced to the Art of Living Happiness Programme. It is a holistic wellness programme that focuses on helping persons find happiness and contentment within themselves. He eventually, through this programme, learnt self-control and developed a spirit of giving.

As he progressed in the programme, he realised that there was something he needed to do before he could genuinely move on -

reconcile with his parents.

It had been two years since Savadia saw his parents. He was now an entirely different person. Instead of feeling resentment over them throwing him out of the house, Savadia felt only gratitude. He wanted to thank them. When his parents saw him and realised how he had turned his life around, they were overjoyed.

"They had (until their reunion) believed that they had lost their son," Savadia told Flair. He remembered telling his father, "'You can be as successful as you want to, but if it doesn't soften you or bring compassion or willingness to serve, then all that is hollow. And his (my father's) kicking me out was the initiation of making me complete."

Savadia continued: "I genuinely thanked him for it because if they did not do it, then I maybe would not have been who I am today."

Savadia continue his work in the Art of Living programme, eventually becoming programme director, a role that took him to more than 70 countries. His work sees him helping persons overcome depression, teaching anger management and other essential life practices. In 2011, he was directed by the programme's founder, Sri Sri Ravi Shankar, a five-time Nobel Peace Prize nominee, to go to the Caribbean.

Savadia travelled to CuraÁao and Barbados, among other countries but it was not until he set foot on the island of Jamaica in 2012 that he felt at home. It was his first time in the country.

He started out teaching prisoners anger-management techniques, working with the Ministry of National Security. His trip to Jamaica was supposed to be only a brief stop but there was something about the place that he could not leave behind.

"You know the motto, 'Out of Many, One People'. I am one person that feels that applies to me. Of all the countries I have travelled, this is the one that feels most like home," Savadia said.

He recalled when he travelled to India recently to visit his parents, he told them that he was 'homesick' and wanted to return 'home' to Jamaica, and left earlier than he had planned.

He has since started a business in Jamaica - Amber Connect Limited - an innovative tech solutions company. He wanted to start a business that was revolutionary but affordable to everyone, offering something that moves Jamaica forward in technology yet remains easy to use and understand.

Amber Connect includes modern security features that allow users to monitor vehicles, homes and soon even children through smart watches. The phone application for automobiles keeps users completely up to date on the vehicles' activities from whereabouts to the amount of gas used. Users can even remotely shut down vehicles if they are ever stolen.

What can people learn from his story?

He said: "There is a lot of energy in youths, direct them towards something constructive and creative. The government and non-governmental organisations cannot make Jamaica better by itself. They need a youth force to come together, be more tolerant and stand up. Stand up for future generations for a dynamic, stress-free society."