Benefits of having a 'Side Chick' 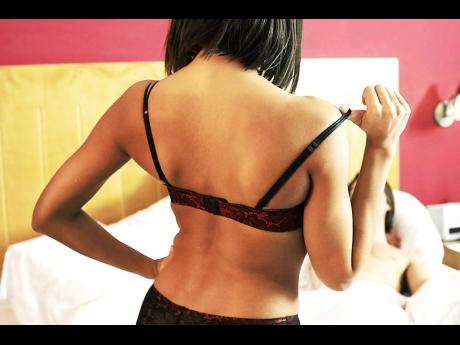 For some men, not having a side chick is like having a main dish without the dessert. So, for this men's issue, we tried to get to the meat of the matter, and asked a few husbands and boyfriends why they needed to satisfy their 'sweet tooth' with an extra serving. Here is what they had to say.

One of the advantages of having a side chick is that I get all the benefits with little drama. She doesn't nag, doesn't ask where I'm at or who I'm with. I don't have to remember birthdays or anniversaries. It's purely physical. We have sex and then I get to go home to my wife after.

There are some things I honestly wouldn't ask my wife to do - some bedroom requests that I know she would never even consider. Plus I'm sure she would look at me differently if I were to ask. The side chick comes in very handy as she thinks she has a chance of overthrowing the 'wifey', so she will do anything to please me. The side chick fulfils all my wildest fantasies and then I go home to regular mundane sex with my wife.

You do not have to spend on the side chick. I already have bills to pay at home, plus some money for my wife to buy clothes, do her hair etc. I do not have any money to be wasting anywhere else. My side chick doesn't really need anything financially, all she wants from me is companionship and great sex.

For me, having a side chick is all about the thrill. My side chick lives in the same complex as my girlfriend, so the thought of doing something that I am not supposed to and the possibility of getting caught really turns me on.

There are times when I'm in a really bad mood and it is the side chick who really calms me down. If my girl and I have a disagreement, the side chick takes my side and I can vent about all the faults I have with my girl. Plus, she doesn't complain about having a headache when she doesn't want to have sex.

My wife and I are not that well off - we struggle to make ends meet. My side chick has money and all she wants from me is good sex. She doesn't call me except when she's is the mood. She doesn't ask me about my wife, etc. All she wants to know is that when she wants it, I'm there to give it to her. She doesn't even want me to spend the night at her house and that arrangement works perfectly for me.

I have a side chick for fun. To me it's a sport. Both of them know about each other, and none of them wants to leave. My girlfriend is ok with me having a side chick because she will not stoop to certain levels and do certain things. That's where the side chick comes in. Don't hate the player, hate the game.