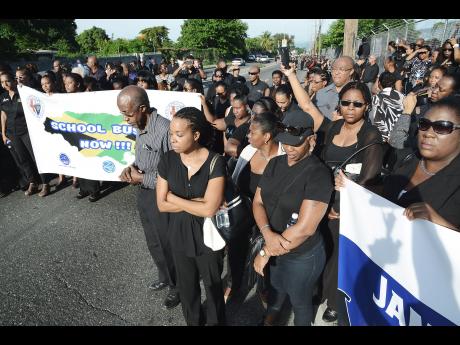 Rudolph Brown
Hundreds take part in the peaceful protest outside Jamaica College on Monday. Francis was murdered by a man who sought to rob him of his watch and phone. 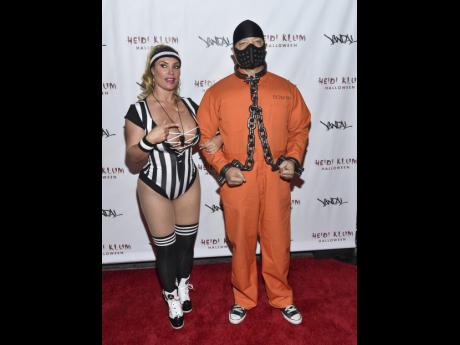 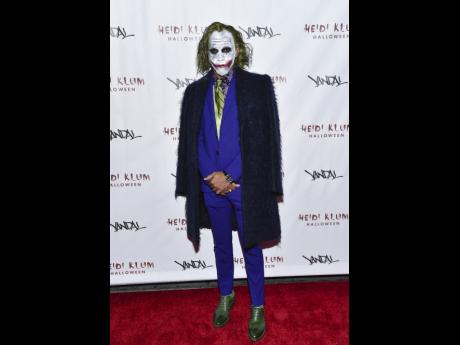 While, internationally, the season of horror (Halloween) remained lit all weekend into Monday and Tuesday, the local scene brought a separate horror to light with the protest for protection our students. We have the latest on that and more in 'Twas Trending.

It has to be said: this year had ,by far t,he craziest costumes ever. Dressing as an idyllic celebrity was a treat: But the trick came when people took their creativity off the scale and dressed as just about anything and everything! Everyone had a ball criticising, commenting and sharing on social media.

Last Monday, scores of Jamaica College students as well as a number of adults gathered on the outskirts of the school, in solidarity of protecting children against crime and violence, in light of the recent murder of JC student, 14-year-old Nicholas Francis. Other schools chimed in and joined the cause with their schools, urging for peace. The overwhelming support was nothing short of heart-warming.

While it was easy for Country Singer Taylor Swift to cross over into the wonderful world of pop, the same could not be said for the Queen of Pop Beyonce, who performed her song Daddy Lessons with the Dixie Chicks at the 50th Country Music Awards. Her performance came as a surprise to the Bey Hive, and was the highlight of the night, but the photo posted of the 'joined duo' on CMA's social media site sparked controversy, spurring racial under- and overtones towards the multi-award winning Melanin singer. To add insult to injury, it is alleged that this was the reason for pulling the picture altogether from their site. The CMA camp denied the claim, but for so many, the damage was already done.