Beeing Happily Ever After 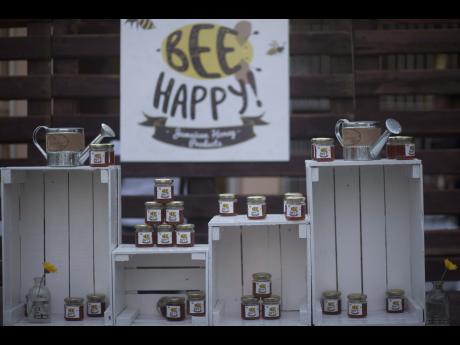 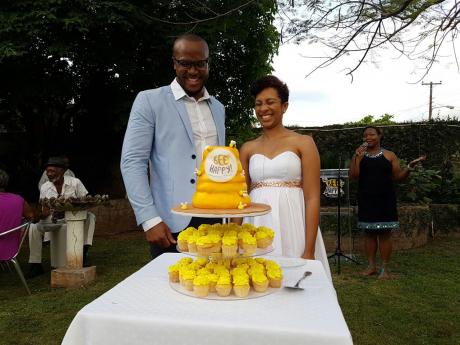 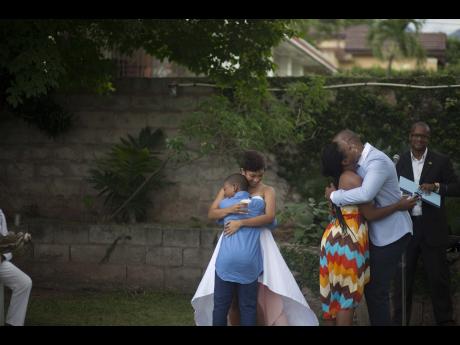 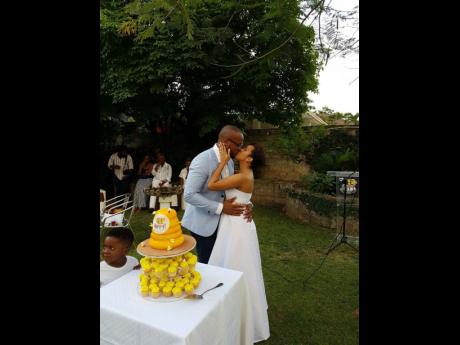 Who needs the tradition of an official proposal, when you know that your love is the real deal? That was the case for honey bees Hillary Evelyn and Shaun Birch. Shaun, the digital marketing specialist and Hillary, information business analyst/manager are all about the business. But when they first met 10 years ago, they were at a 'wuk up' playground, Bacchanal Fridays, held at Mas Camp.

They described the vibe between each other that night as feeling right. So much so that they hopped over to the then nightclub, Quad, to continue the festivities. Since then, they have been friends, casually bumping into each other every now and then. Despite the seemingly distant nature of their friendship, they noticed that in every instance that they did in fact speak to each other, no time had passed. It was there that they realised that they wanted so much more.

About two years ago, everything changed. "I thought she was cute, fun, and lively. Her personality was very jovial as if she oozed life wherever she went," Shaun shared about Hillary. While she, who also found him cute, thought he was shy enough for her to be interested, laid-back, and mysteriously quiet, "Once I spoke to him, however, you could tell that he had an interesting side to his personality."

While they didn't have a fancy proposal, they did agree to go to premarital counselling, "Our premarital sessions were coming to a close in 2017, so we sat down one night and both said to each other, 'Let's do it, let's get married. Once we are finished with our sessions, let's not wait until we have the right budget and plan'. So I would say it was exciting and spontaneous," Hillary said.

The soon-to-be newlyweds wasted no time in planning their nuptials. As a matter of fact, the plans for their wedding came together in less than a month. "Our initial idea was RGD, then after a bit of praying and leaning on Christ, we decided to do something intimate with our closest family and friends who have supported us from day one." The hectic part came into play when they decided to pitch an actual honey business plan to their friends, instead of a wedding.

So here's how it was all to go down: the couple would plan both events, the launch of their new honey business, with friends and family, then behind closed doors, they would be planning their own wedding. "With all that on my plate, I was travelling constantly in the planning phase, so I tried to do as much as I could while on 'The Rock' and I leaned a lot on my fiancÈ (wife now) to close any major tasks without me. I guess you could say her wifely duties of holding down the fort while I was away started very early," Shaun said of the process.

Hillary also revealed, "We used a friend of mine, Kerry Wedderburn-Aiken from KW Events. She was thrilled with the idea behind our wedding and our non-traditional love story. I believe that made her more eager to help us execute our plan." She continued, "Our nicknames for each other once we became serious in our relationship was Bee. His last name began with a B so I'd say Bee for short and he one day started calling me by my original nickname Hilly and threw the Bee on the end so I became Hilly Bee. I'm sure you now realise that we decided to use our nicknames as the focal point of our wedding (The Bees, Honey, Hilly Bee and Bee). Remember I said he was a marketing genius, that's my honey."

Shaun went to work, designing logos and a brand. However, nothing is legit unless it has a social-media platform, so he created an Instagram page, @beehappyja, and put content up to really sell the idea of the Honey Business. "I believe it was at that point that really helped to cement the idea that this Honey thing is for real, because who would really go through these lengths of production?! Me?" he confessed.

On May 27, specially invited guests attended a honey launch, on a friend's lawn, only to discover that they were there for the wedding of honeys. "When they arrived, they were still sold on our business concept of launching a honey product, especially with the decor. But then the MC and pastor finally announced us and why the guests were all really there. Persons were excited, happy, shocked - everything in one. You could really see their expressions like 'how could we do this to them!' but they were glad to be a part of our special day nonetheless," Hillary said.

The wedding, they shared, was a surreal experience and they couldn't help but look forward to 'beeing' happily ever after.