Keiran King: We should have met Obama with caution, not celebration 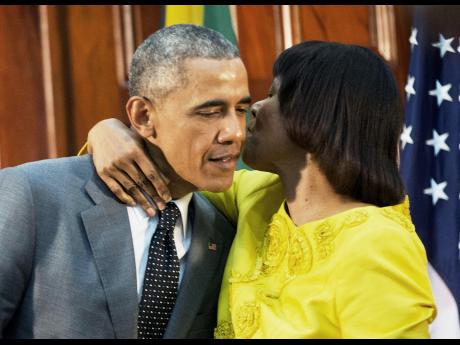 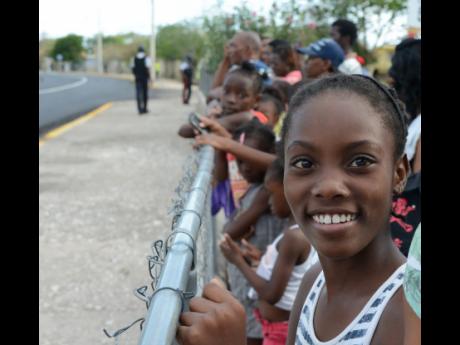 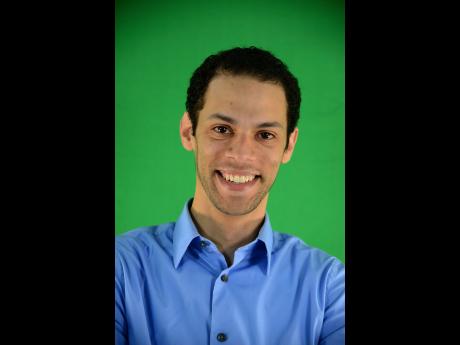 From the way we carried on, you'd have thought it was Tessanne Chin inside the blue-and-white Boeing. President Obama's two-day visit in April, for him an expediency, was for us a brush with divinity.

Reflecting the mood, this newspaper became a cover-to-cover paean to the quiet American, with rhapsodies from correspondents and columnists, academics and ambassadors. Devon Dick wanted us to rename a highway. The state-run JIS released a YouTube video titled 'Barack on the Rock', as if we were hosting the lead vocalist from a boy band instead of a man with nuclear launch codes.

Our hero worship springs from Mr Obama's mixed-race ascendancy to the Oval Office and his picture-perfect family life -- smart wife, solid marriage, sweet daughters. His unlikely achievements, along with his good looks, make him an easy role model for a former slave colony with one in two absentee fathers. But the danger of adulation, as in all religions, is not the light on the pulpit but the shadow behind the altar.

Nobel Peace Prize notwithstanding, Mr Obama commands the most active military in the world, which makes sure that what America wants, America damn well gets. A 'working visit' from the US president is like a friendly visit from your boss -- only one of you gets to relax. And like an Arnett Gardens helper hosting her Cherry Gardens employer, it happens infrequently (once every 30 years) and requires new curtains (hence the repaved streets and displaced street vendors).

Seems wasteful, but we misstep at our peril. Mr Obama's foreign policy disregards the developing world, killing Pakistani, Afghani, Somali and Yemeni citizens in the name of freedom. The London-based Bureau of Investigative Journalism estimates 50 people were killed by US aerial strikes in May, with a total ticking towards 5,000. That number may not impress, originating a hemisphere away, where we think terrorists proliferate. But many of the people being killed aren't soldiers, they're civilians like us -- farmers, teachers, women, children.

How similar are the victims to Jamaicans? Momina Bibi, a 67-year-old midwife, was picking okra from her garden when an American drone strike scorched her from the earth in 2013. Only some of her nine grandchildren were injured by shrapnel, but all of them have been scarred for life. "I no longer love blue skies," said Zubair, 13. "In fact, I now prefer grey skies. The drones do not fly when the skies are grey."

Yes, the United States has created a world where brown-skinned children worry the sky will fall on their heads. And if you think, hey, the leader of the free world is a busy guy, he might not have heard this story, think again -- Zubair was testifying before the US Congress. There has been no apology. Through thousands of deaths, the commander-in-chief has maintained a culpable silence, broken only when an Italian and American were targeted, which prompted his "profound regret".

This double standard isn't a failing of Mr Obama per se; it's a prerequisite for the presidency. Americans believe, as they tell us ad nauseam, that they're "the greatest country on earth". Naturally, their leaders share that exceptionalism. They can't elect someone who considers Jamaicans as equals any more than we can elect someone who thinks gays deserve the right to marry. Mr Obama's drone warfare is no better or worse than George W. Bush's torture prisons or Bill Clinton's sanctions, which UNICEF estimates killed 500,000 Iraqi children. (For perspective, 3,000 Americans died on 9/11.)

Were these leaders from anywhere else, they'd probably appear in front of the International Court of Justice. But no one wants to risk America's wrath. Symbolic gestures must suffice, as in Berlin last year, when the European Center for Constitutional and Human Rights asked the German government to charge Mr Bush as a war criminal. History has a weird sense of humour.

None of this is to suggest we should burn, rather than hoist, the American flag -- that would be equally silly. But until we behave with restraint, and then self-respect, we shouldn't expect it from others. Opening his UWI town hall, Mr Obama referenced Usain Bolt and Shelly-Ann Fraser-Pryce. "There's a lotta people out there. And they're the fastest," he joked, all but leaning forward and playing peek-a-boo. China produces Olympic weightlifters the way we churn out sprinters, but none of the president's trips to Beijing have included a shout-out to Lu Xiaojun or Zhou Lulu about how "they're the strongest." Why? Because that's how you talk to your middle child, not the Middle Kingdom.

Being small and poor doesn't have to mean being a doormat. Last year, economists at Harvard and Dartmouth created an easy metric of global influence: for each country, they simply divided their share of United Nations personnel by their share of world population. Sweden, staffing four per cent of the UN Secretariat with 0.2 per cent of the world's people, took the top spot, followed by Norway and Finland. Guess who was No. 8, way ahead of the US? That's right -- Jamaica, with 10 times as much sway as our size would suggest.

The good news is we've got a lot of time to learn dignity from our diplomats -- the next visit from an American president won't be until about 2045, via secure teleportation.

Keiran King is a playwright and journalist pursuing his master's degree in California. His column appears on Sunday. Tweet @keiranwking or email columns@gleanerjm.com andyell@keiranking.com.