Why do the first black heroes go unrecognised? 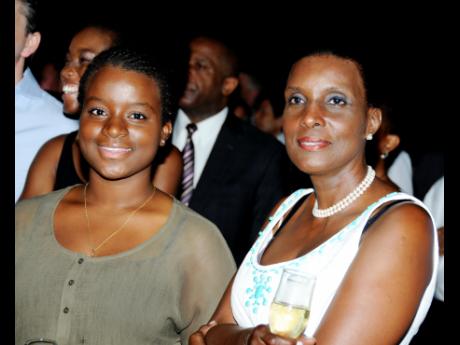 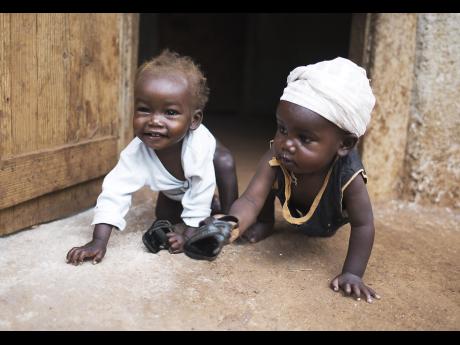 AP
AP In this February 15 photo, Angelo (left) and his twin sister Angela crawl on the earthen floor of their front porch in Oriani, Haiti.
1
2

It is astounding to me that the heroes of the Haitian Revolution, the greatest black heroes of all time, who were the first in the world to abolish slavery, and on whose shoulders every other black hero stands, always go unrecognised during Black History Month.

I decided that I had no choice but to write an article on this shockingly glaring omission, in which I planned to quote Frederick Douglass, the great African-American social reformer, abolitionist, orator, writer, and statesman.

Douglass was one of the first US consuls general to Haiti from 1889-1891. In 1893, he gave a magnificent speech about Haiti at the Chicago World Fair. As I read the speech to find the best excerpt, the entire speech was so brilliant that I wanted to quote it in its entirety. Space not permitting, I decided to ditch my own article, in order to give voice to the peerless Mr Douglass:

"In just vindication of Haiti , ... I can speak of her, not only words of admiration, but words of gratitude as well. She has grandly served the cause of universal human liberty. We should not forget that the freedom you and I enjoy today; that the freedom that 800,000 coloured people enjoy in the British West Indies; the freedom that has come to the coloured race the world over, is largely due to the brave stand taken by the black sons of Haiti 90 years ago. When they struck for freedom, they built better than they knew. Their swords were not drawn and could not be drawn simply for themselves alone. They were linked and interlinked with their race, and striking for their freedom, they struck for the freedom of every black man in the world.

"The little community of Haiti, anchored in the Caribbean Sea, has had her mission in the world, and a mission which the world had much need to learn. She has taught the world the danger of slavery and the value of liberty. In this respect, she has been the greatest of all our modern teachers. We owe incomparably more to Haiti than to them all.

Until Haiti struck for freedom, the conscience of the Christian world slept profoundly over slavery. It was scarcely troubled even by a dream of this crime against justice and liberty. The Negro was, in its estimation, a sheep-like creature, having no rights which white men were bound to respect, a docile animal, a kind of ass, capable of bearing burdens, and receiving strips from a white master without resentment, and without resistance. The mission of Haiti was to dispel this degradation and dangerous delusion, and to give to the world a new and true revelation of the black man's character. This mission she has performed and performed it well.

"Until she spoke, no Christian nation had given the world an organised effort to abolish slavery. Until she spoke, the slave ship, followed by hungry sharks, greedy to devour the dead and dying slaves flung overboard to feed them, ploughed in peace the South Atlantic, painting the sea with the Negro's blood. Until she spoke, the slave trade was sanctioned by all the Christian nations of the world, and our land of liberty and light included. Men made fortunes by this infernal traffic, and were esteemed as good Christians, as standing types and representations of the Saviour of the World. Until Haiti spoke, the Church was silent, and the pulpit was dumb. Slave traders lived and slave traders died. Funeral sermons were preached over them, and of them it was said that they died in the triumphs of the Christian faith and went to Heaven among the just.

"To have any just conception or measurement of the intelligence, solidarity, and manly courage of the people of Haiti when under the lead of Toussaint L'Ouverture, and the dauntless Dessalines, you must remember what the conditions were by which they were surrounded; that all the neighbouring islands were slaveholding, and that to no one of all these islands could she look for sympathy, support and cooperation. She trod the wine press alone. Her hand was against the Christian world, and the hand of the Christian world was against her. Hers was a forlorn hope, and she knew that she must do or die.

"In Greek or Roman history, nobler daring cannot be found. It will ever be a matter of wonder and astonishment to thoughtful men, that a people in abject slavery, subject to the lash, and kept in ignorance of letters, as these slaves were, should have known enough, or have had left in them enough manhood, to combine, to organise, and to select for themselves trusted leaders, and with loyal hearts to follow them into the jaws of death to obtain liberty.

"In forecasting the future of this people, I insist that some importance shall be given to this and to another grand initial fact: that the freedom of Haiti was not given as a boon, but conquered as a right! Her people fought for it. They suffered for it, and thousands of them endured the most horrible tortures, and perished for it.

"It is well said that a people to whom freedom is given can never wear it as grandly as can they who have fought and suffered to gain it. Here, as elsewhere, what comes easily is liable to go easily. But what man will fight to gain, that man will fight to maintain. To this test, Haiti was early subjected, and she stood this test like pure gold.

"To re-enslave her brave, self-emancipated sons of liberty, France sent in round numbers to Haiti during the years 1802-1803, 50,000 of her veteran troops, commanded by the most experienced and skilful generals.

History tells us what became of these brave and skilful warriors from France. It shows that they shared the fate of Pharaoh and his hosts. Negro manhood, Negro bravery, Negro military genius and skill made short work of them. The souls of them by thousands were speedily sent into eternity, and their bones were scattered on the mountains of Haiti, there to bleach, burn and vanish under the fierce tropical sun. Since 1804 Haiti has maintained national independence.

"I fling these facts at the feet of the detractors of the Negro and of Haiti. They may help them to solve the problem of her future. They not only indicate the Negro's courage, but demonstrate his intelligence as well.

"No better test of the intelligence of people can be had than is furnished in their laws, their institutions and their great men. To produce these in any considerable degree of perfection, a high order of ability is always required. Haiti has no cause to shrink from this test or from any other.

"In all three of these divisions, Haiti appears to advantage. Her Toussaint L'Ouverture, her Dessalines, her Christophe, her Petion, her Rigaud and others, their enemies being judges, were men of decided ability.

Let any man in our highly favoured country undertake to organise an army of raw recruits, and especially let any coloured man undertake to organise men of his own colour, and subject them to military discipline, and he will at once see the hard task that Haiti had on hand, in resisting France and slavery, and be held to admire the ability and character displayed by her sons in making and managing her armies and achieving her freedom."

There would have been no other black heroes, and no Simon Bolivar, without Haiti. Full stop.

- Myrtha Desulme is president of the Haiti-Jamaica Society, VP for advocacy and public policy, and Caribbean and Latin American representative for the Haitian Diaspora Federation. Email feedback to columns@gleanerjm.com.