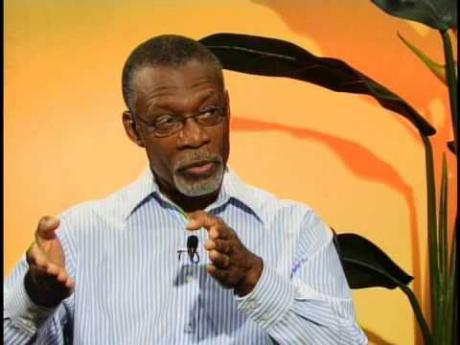 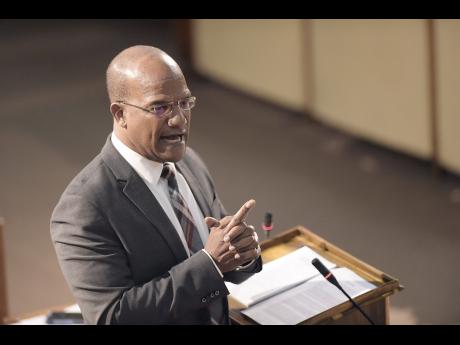 Many people regard Peter Murcott Bunting, member of parliament and opposition spokesperson on national security, as being a bright, successful businessman, banker and politician. They praise him for winning a safe JLP seat from former prime minister Hugh Shearer and that he has been successful in retaining the seat on three occasions. He is clearly capable of seeking out and maximising his own personal interest through careful calculation to an astonishing degree. Whether such a person who is so focused on his own future and who apparently lacks an understanding of the plight the common man and woman of Jamaica is the right person to deal with the problems of Jamaica is the real question.

Take, for example, his musings on crime in Jamaica. He clearly lacks any human understanding in this area as will be shown below and seems more concerned to cast the blame on the poor people of Jamaica. The role of a legislator is to address and correct problems, not to blame them on the electorate.

In a speech given by Peter Bunting at the Stella Maris Church Hall reported in The Gleaner of July 21, 2017 (‘Nation of indiscipline! Bunting blames dysfunctional culture for widespread support for unruliness’), he said the following:

"The police are attacked by the citizens [for enforcing the law]. We have cases, for example, in St Thomas, which resulted in a pregnant woman being killed.” He defends the policeman because he had been attacked, but is he suggesting that the policeman was attacked by the pregnant woman? Everyone knows that police are trained not to discharge a firearm where there is a risk of harming innocent passers-by.
"When Vybz Kartel was convicted of murder - for mincing up somebody fine, fine - when I went to speak to fourth-form students in my constituency in a social-studies class, the overwhelming response after he had been convicted was, 'Free World Boss'. That shows a warped set of values in our young people growing up.” And who, may we ask, passed these values to the young people? Has he any suggestions as to how to deal with this issue? None whatsoever.
"We are going to have the problem" (when the belief) that scamming old, white people in foreign countries is not a bad thing, but we might ask, do Western countries have a problem with their citizens scamming old black people? How much resources are spent by the US police force to investigate the scamming of old black people? Is this belief that it is okay to scam old black people destroying US society?

It is extremely sad and unfortunate for all of us in Jamaica that to Peter Bunting, these are examples of the dysfunctional nature of Jamaican society (in other words, the people are just wicked and bad), and the reason why there is a high crime rate. This is like saying people are ill because they have a disease!

That there could be something that led to the dysfunction and that government may have a role in addressing this seems beyond him at present. Bunting has no idea or suggestion as to how to keep us safe or to improve our environment. With his attitude of blaming the people of Jamaica for their problems, it is beyond doubt that he would make things worse if he was allowed to.

Nothing seems to have changed since Peter Bunting, then national security minister, experienced his ‘dark night of the soul’ moment back in 2013 and pleaded for divine intervention, since he couldn’t think of any policy initiatives that the Government could make to arrest the alarming murder rates in Jamaica.

Peter Bunting is not focused on, or able to analyse, why the Jamaica Constabulary Force (JCF) has lost the trust, support and confidence of the population such that crowds of people will intervene to prevent the lawful execution of the police’s duties. This shows clearly that he will not be able to help the JCF win back the trust and cooperation of the people and that he has no ideas to reduce the crime rate in Jamaica and would put us all at risk if given the portfolio or a more powerful position in a PNP government.

On July 21, 2017, it was reported that a policeman was convicted of the execution of an injured man in custody.  This was witnessed by five soldiers, who helped to bring the offender to justice.  I wonder how this would have worked out if the witnesses were poor people from an inner-city community who are often ignored when they report execution of youth by the police? In this instance, it took 10 years for justice to be done and the other police officer that took part in the execution has still not been brought to book. This is another example of Peter Bunting’s lack of understanding of crime in Jamaica.

Where lottery scamming is concerned, it doesn’t occur to Peter Bunting that it would be a good political move (and probably highly effective) to come to an agreement with the US authorities to work assiduously to clamp down on the scamming activities in Jamaica while US law enforcement did their best to stem the flow of deadly arms into Jamaica. Such arrangements between states are not unknown and would benefit both states.

When asked what people felt about Peter Bunting blaming the people for the crime rate in Jamaica, there were a number of responses:

Crime is due to idleness (lack of jobs) - they don’t have nothing to do.
Bunting is compromised; you need people who have the people’s interest at heart. He is a sell-out; he said he is willing to work with the JLP instead of seeking to unseat them!
Bunting fi go sit down; he has made enough money; he must retire.
There is one solution for crime. Your cure poverty; you cure crime.  They are married to each other.  The poorest neighbourhoods are usually the most violent.
He is wrong, of course. But politicians are only concerned with what is popular, not what is true.
"Him cah say anything but they are part of it, too. ‘Cause if they were doing their job, crime wouldn't get out of hand."
“There is much confusion even from some who would rise to the top!”
“People aren't crazy. There must be underlying reasons for these behaviours. Do these politicians do a monthly check to see how many unemployed persons are in their constituency and how they can help? There is no real love for the Jamaican people. They have the majority bounded in mental slavery and mediocrity.”

Bunting’s position of blaming the problem of crime on a dysfunctional population lacks substance, is not a view shared by the people, and will dramatically alienate the base of the PNP because they know better. It shows that he has no proposals to help reduce the crime rate in Jamaica, or to help the base of the PNP or to renew the party.

Apparently, he is more concerned with his own political future. I cry for the PNP. I cry for Jamaica.