Glenn Tucker | Are police the enemy of ZOSO? 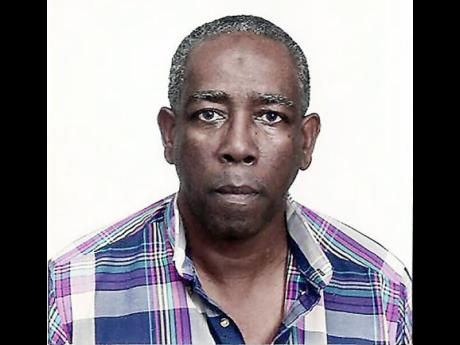 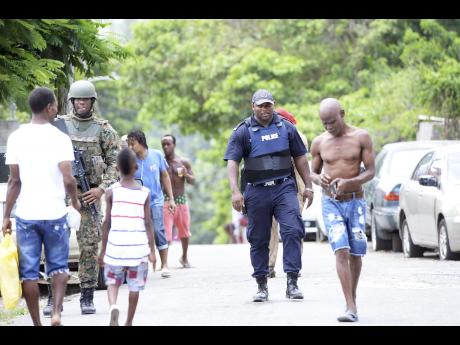 Three weeks ago, a poor St Catherine community was promised a back-to-school treat. Bounceabouts were set up, and school supplies were to be distributed. The aroma of well-seasoned fried chicken had started to assail the nostrils of hungry residents when the police informed them that they were cancelling the event.

Being poor and obviously of no account, residents were not thought to be entitled to an explanation. But when the media inquired, they were given a series of duppy stories, starting with "gangsters have targeted the event" and ending with "... failure of the persons involved to give proof of source of funds ...".

A newspaper story the following day stated that the police claimed that gangsters were targeting these treats. These are not gangsters! These are common, garden-variety criminals.

Six weeks ago, a young man sauntered into a supermarket in Savanna-la-Mar, blew out the brains of a worker, and casually walked out. Two days later, police provided the public with a blurry, grainy video with what looked like a duppy moving about. This, they claimed, was the shooter. Embarrassed, I guess, they promised a better-quality video. That has not materialised, and that shooter must be somewhere in Afghanistan by this. Or he may very well be right there, a stone's throw from that supermarket, secure in the knowledge that he can bamboozle or bribe his way out of any charge.

Early last year, I left my house to pay a bill. The money was in a sealed, addressed envelope. On my way, I got an urgent call and had to turn back. So I stopped a taxi and paid the driver to deliver the envelope. As an afterthought, I noted the licence number.

That letter was never delivered. Conducting my own investigations, I got his name, address, details of the vehicle and his route. Armed with this information, I made a formal report to the police. On my way out, a senior officer who seemed to recognise me invited me into his office and inquired about my visit. When I explained. I was given a firm, fatherly scolding that included, "... Things change. ... You can't do them things again. Nobody no honest again ... ." And that was the end of that. I guess you could say I was admonished and dismissed. That taxi driver is happily going about his business on the road without a care in the world.

ZOSO has been introduced. To justify the choice of the first zone, some 'statistics' were given. As soon as I heard them, I decided that their only value was to be used as my lotto numbers this weekend. But the real embarrassment came when only a third of the policemen scheduled to take part in the exercise bothered to turn up. Or offer any explanation days later. Would I be too cynical if I screamed, "Therein lies the root of our crime problem?" In which cook shop, which weed joint, could a worker do this and still keep his job? Minister Montague has attributed this frightening behaviour to "low morale".

Minister! This is not low morale, Sir! This is high mutiny! Are these the characters that we are expecting to make this operation work? Does the Government realise how much of its credibility rests on the success of this programme? This is because the Prime Minister and Minister Montague continue to make the major mistake of promising to solve this crime problem. It could not be lost on them that the police force is one of two professional organisations that has been a thorn in the flesh of every JLP government I can remember. Has the Government attempted to do a study of the almost daily double and triple killings? Do they make sense?

If I understand the Government, ZOSO is intended to 'clean up' these zones and introduce the necessary interventions that will make criminal activity unprofitable and unpopular in the future. This is going to mean that the unique social and economic needs of each zone will be addressed in a timely fashion. Is there any documented information on the West Kingston experience after the Tivoli tragedy that could be useful going forward? Have the authorities ever tried to find out who impregnated most of the women in that area in the months following that event?

The police will be a critical component if ZOSO is to be a success. All well-thinking citizens want the police to succeed. We want a force that is reliable and respectable. A force that we are proud to support. But before this can happen, that organisation will have to exorcise from its ranks those of its members who are putting their colleagues at risk by providing information and ammunition to criminals. Those who are themselves gang members. And those who are just helping politicians.

Residents do not need police to cancel events, close business places, and help them to relocate when it is revealed that they are being targeted by criminals. They want a police force that will step in and do what is necessary for them to proceed with their lives in comfort and safety.

Five of the murders this man committed - that I know of - were carried out in full view of many witnesses. Yet he was never convicted.

These zones will be needing resources immediately. Resources for infrastructure, social workers, mediators, assistance for small-business persons who have no collateral, and regular consultations with the citizens - who must be treated with respect. At the centre of this initiative has to be a strong, well-resourced, dependable, community-oriented police force. Is this in place?