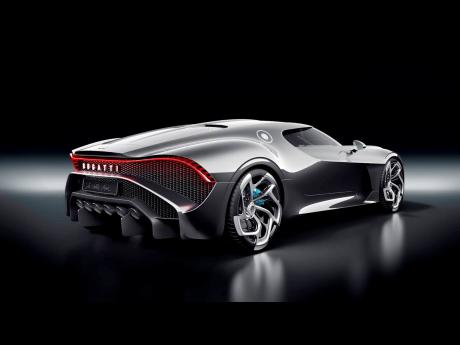 Bugatti’s La Voiture Noire is the “world’s most expensive car”. 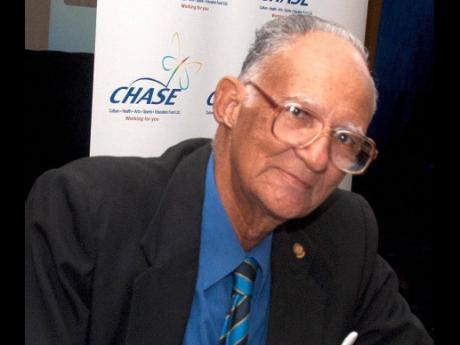 Transportation is a functional necessity for every individual. We have to travel for work, shopping, schooling, and pleasure. For many people, the car is not just a functional tool; their car is also associated with their self-image or status. The public transportation system is not good, which expands the need for personal transportation. It is also a matter of concern that our Jamaican roads are not suited for high-priced luxury vehicles, some as high as $19 million and more.

The tables accompanying this article give information on the cost of 18 cars frequently advertised in Jamaica (Table 1A). There are additional tables: one that lists some large dealers and special sales events (Table 1B), another listing models currently/due to be discontinued (Table 1C) and finally, one of the world’s most expensive cars (Table 1D).

What are the implications for the nation of the high-cost vehicles in the tables? Statistical Institute of Jamaica (STATIN) 2017 preliminary data [Ref 1] indicate private passenger vehicle imports (including SUVs) of approximately $US468 million (calculated from dataset by author). Our foreign-exchange earnings, largely through agriculture, bauxite, and tourism, are significantly eroded by the payment for these cars. Our road infrastructure is being upgraded at great cost to us to cope with the increasing number of vehicles.

From the Government point of view, there are benefits for these importations. The purchase of these cars provides tax revenue and contributes to gross domestic product (GDP), which is low for Jamaica. GDP is a measure used of the income of a country typically in a year. World Bank data shows that GDP per capita for Jamaica in constant 2010 $USD has not moved much between 1969 (US$4,147 per person) and 2017 (US$4,826 per person). The Government also earns significant revenues from taxes on petroleum products.

We need to take a look at the impact of the car on the individual in the Jamaican economy. The Jamaican economy is bombarded with advertisements about the ‘car’, with many persons willing to pay the high prices often quoted. The nation suffers, in that people spend money on luxury items rather than on projects for national development.

The country cannot afford the cost, and the individual should not get trapped into debt. The average Jamaican cannot afford these high prices without going into debt, with the expenditure on cars at the expense of other priorities. The personal priorities would include housing, education, insurance, health, and much more. The nation suffers in that people spend money on luxury items rather than on projects for national development.

Banks and financial institutions are competing with each other to provide loans to purchase cars. Can the Jamaican community afford the high-priced cars that are being offered? These high prices move down to the used-car market.

The Gleaner has a special Sunday ‘Auto’ section. It usually has a number of early pages, with agents and dealers advertising their special offerings. In addition, there are later pages with hundreds of individuals seeking to sell or buy motor cars. The social demand thus demonstrated springs from the lure of high-priced status cars. Fleets of cars awaiting purchase are parked in open spaces in the city capital lying idle. The millions of dollars changing hands is a wasteful national expenditure, and the society needs to practise disciplined care for the ownership of a car and the priority of financial planning.

Everyone has the option of making a choice between saving and spending in some discretionary areas of their lives. A car purchase is one such area. Savings produce a return, or at a minimum, attempt to preserve/grow the value of the resources you have. Spending for consumer items retains only the depreciating asset value each year, and this value is even lower if the purchase is financed with expensive consumer debt.

a) The first is that Jamaican household debt is rising dangerously high. [Ref 2]

b) The second is that individuals should not borrow to increase their annual income. [Ref 3]

c) The third is that Jamaica’s savings rate is low, leading to low growth. [Ref 4]. World Bank data available independently online support this statement of a low savings rate and shows that Jamaica’s gross domestic savings (as a percentage of GDP) moved from 28.5 per cent (1969) to 8.1 per cent (2017). [Ref 5].

The author has sought to do an overall review of some aspects of the car industry. Below are some suggested areas for review at the national level:

a) The level of funds that are allocated to foreign exchange for importation.

b) Specific emphasis should be given to Petrojam (audit) and the overall operations of the company.

d) The levels of personal debt now being entered into on car purchases needs to be reviewed.

d) Be more concerned about all aspects of the industry – overseas purchases, local purchases, repairs and scrap, etc.

e) Helping citizens in changing their sense of values.

f) What would be the effect on the country if car imports were controlled?

a) STATIN vehicle import dataset provided on request. The numbers shown are a calculated extract from that dataset. [Ref 1]

- Dr Alfred Sangster, president emeritus of the University of Technology (UTech), is a retired president of (UTech). He is currently recovering from an extended illness. Email feedback to alfredwsangster@gmail.com and columns@gleanerjm.com.