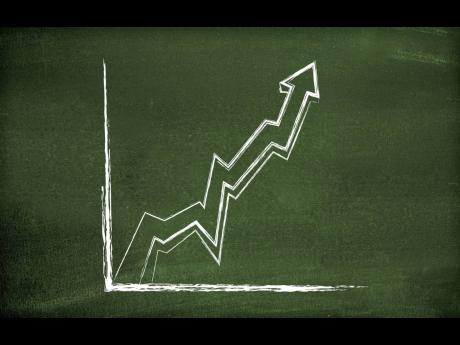 Clarice has a shop and bar. Her man operates a small gaming operation. I was forced to tell her that both of the political parties subscribe to a market economy, free enterprise political space. ‘There are no price controls in place. It is up to the consumer to search out the best prices,’ I said. Her face broke into a deep frown. I could say nothing to satisfy her or even provide her with a balm that could soothe her for a few hours.

Chicken back 25 per cent, chicken 27 per cent, bread 25 per cent, flour 20 per cent, rice 20 per cent, tin milk 11 per cent, cheapest fresh fish 23 per cent. Over the last two weeks, those percentages were the increases I deduced based on what small shop operators had told me they were forced to pay when compared to a few months ago.

The first question that begs asking is, where is the huge increase in demand to justify any increase at this time? Most of the items that show price increases have always been hot sellers. It was so pre-COVID-19 and even in the midst of the pandemic with increased unemployment and contraction in spending items like the food products listed above and the liquor items mentioned were still top sellers in a depressed market.

An owner of a high-end bar told me: “I believe these manufacturers/distributors are simply being rapacious. There is no increase in manufacturing, and most of these companies own their own distribution outlets. To me, it appears that they are looking at what is selling the most and trying to maximise their profits of those items.”

Just about all the poorer consumers I spoke with over the last two weeks spoke of their helplessness in the face of these increases. A person in my community, a well-heeled neighbour of mine, told me that she would normally spend $76,000 at Pricesmart. The last time she went, she told me that the bill was close to $90,000.

HARDLY ANYONE ANSWERS THE PHONE

If the Consumer Affairs Commission is still part of the Ministry of Industry, Investment and Commerce, one would never know it by way of its ability or willingness to answer the phone and identify itself.

I called its various numbers, and there was no answer. Trying to call Wray and Nephew was a waste of time. No answer after dozens of calls. That would be the face that that company would be showing to the public. Almost as if saying that the company owed it to no one to make itself available to those who wanted to contact it. That message would impress upon consumers that there were so many people buying its goods in a captive market. If some got dissed by the lack off response via the telephone, then so be it.

Jamaica Broilers was more courteous. Someone actually answered and connected me to Marketing. They key person was not there. On the company’s request, I left my phone number, but at the time of submitting this column (last Thursday afternoon), no return call came in.

At a time when the late Eddie Seaga was at his most politically biting as leader of the JLP Opposition, he indelicately alluded to a certain attitude to the present PM, PJ Patterson as akin to a black scandal bag.

That was most unfortunate when the raw optics were taken to their limits. Seaga, a white Jamaican man born in Boston in the US, was referring to PJ Patterson, a highly educated black-skinned lawyer as a cheaply acquired black plastic bag - a ‘scandal bag’ as it was referred to.

A few weeks ago, Prime Minister Holness made mention of corner shops and the people gathered at those places as breaching the COVID-19 protocols. ‘Imagine all a dem price a go up and him a come chat !!@*! inna wi ears”, said a 44-year-old labourer to me. “An him still expect my vote again? Him fi gwey!”

Students of geopolitics may be focusing their efforts on the palpable tension that is growing at the Ukraine-Russia border, but there is enough happening with the war of words between US and China.

From CNBC April 20. “Last month, Biden said that China has “an overall goal to become the leading country, the wealthiest country in the world, and the most powerful country in the world.” The US president said he will not let that happen under his watch.

Joe Biden is 100 per cent correct. China plays the long game, and to that country, Biden is just a statistic on the way to reaching its global goal.

We all loved Barack Obama and loathed Donald Trump as strongly as we admired Obama. Biden is the calm America needed, but all three had one thing in common: China phobia China. The US brings that phobia down to a granular level, and the enemies are the Chinese communist party, Huawei, and 5G technology. Huawei’s ownership has a structure that Americans cannot fathom, workers ‘owning’ the company and the founder owning just one per cent. Huawei tells us that the average worker at the company earns on an average US$76,000 per annum, a figure that may surprise many Americans. .

China in the next fiscal year will be spending five per cent of its GDP on infrastructure. In America, a parliament disfigured by GOP obstruction, is trying to kill every reasonable attempt at renewal of infrastructure. Isn’t it, therefore, obvious that China will have the last laugh?