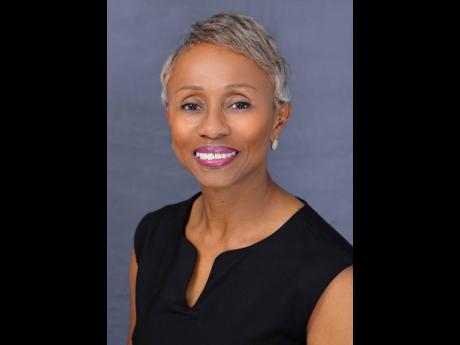 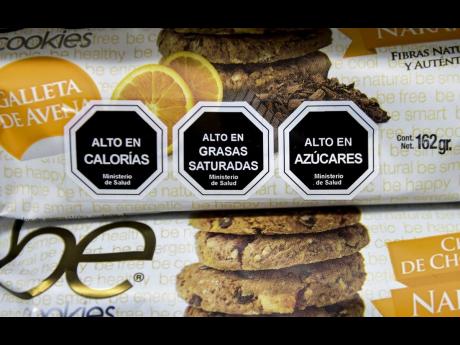 While everyone’s attention was focused on the Olympics, high-level government discussions were taking place that resulted in a Cabinet decision to vote against the “High in” front-of-package label and food-labelling standard proposed by the Caribbean Regional Organisation for Standards and Quality (CROSQ). This decision by the Government of Jamaica (GOJ) means a denial of Jamaicans’ “right to know” whether available products contain harmful levels of nutrients (salts, sugars, and fats) that can affect health.

The proposed “high in” front-of-packaging labelling (FOPL) is a simple, black, octagonal marking that would be placed on the front of packages but only those high in sodium (salt), sugar or fats. Consumers, the main beneficiaries, would be alerted to the quality of the product. The model met rigorous review standards locally and internationallyand carries a substantial evidence base with proven success on influencing consumer choices. The results of a recent local study among Jamaican consumers, conducted by the Pan American Health Organization (PAHO), the Ministry of Health and Wellness (MOHW), and The University of Technology, Jamaica (UTech) further substantiated the evidence that the “High In” model was the most easily recognised, understood, and influential in encouraging healthier food selections.

In a country where food-labelling standards are outdated, and the financial and public health burdens of diet-related diseases and deaths have reached astronomical proportions, it is inconceivable that Jamaicans are being denied this very simple, but valuable, public-educational tool.

In its submission to the CROSQ, the local Bureau of Standards (BSJ) states:

“Jamaica does not support the final draft standard as there are requests for additional FOPL models along with the High In to be included in the informative annex.”

OPTED TO VOTE AGAINST

In spite of three years of evidence-based contributions, deliberations with all stakeholders, and documentation outlining the strengths and benefits favouring the proposed “High In” FOPL model, the Government of Jamaica has opted to vote against its own public-health recommendations.

The request for “additional FOPL models” seems unfounded when overwhelmingly, the evidence clearly shows that

(1) the “High In” FOPL being the most likely beneficial, above all other available FOPL options.

(4) no country with FOPL has reported evidence of damage to salaries, wages, or barriers to trade.

On what basis should Jamaica’s public health endure further sacrifice?

The events leading up to this decision are instructive. At a March 30, 2021, meeting of the National Mirror Committee of the BSJ, a vote was held, with the outcome being a majority vote in favour of the “High In” model. After extensive stakeholder input, the four groups in support of the adoption of the octagonal FOPL model for Jamaica were

The only opposing stakeholder group was the private sector (Jamaica Manufacturers and Exporters Association).

However, in a very troubling and concerning turn of events, an irregular meeting was subsequently called at short notice on June 4, 2021, which facilitated an unscheduled “re-vote”, culminating in the government and the consumer groups changing their positions by rejecting the adoption of the octagonal warning label and the standard. The MOHW, the leading authority on public health in Jamaica, was outnumbered by the SRC and the NCRA, who voted against. This in itself raises additional concerns.

Exactly who stands to benefit from this decision when it has proven to be disadvantageous to consumers? Is the position of the Government of Jamaica to develop policies devoid of or disregarding evidence? Is the intention to have consumers remain unprotected and uninformed about the quality of the foods being provided? Are the vested interests of a select few being prioritised over the nation’s health?

A consideration to allow several options of FOPL labels would be intentionally creating confusion for consumers and leaving them uninformed of their food choices. The evidence on this approach is clear, showing results that are the exact opposite of what an FOPL is meant to do. These and several other arguments of opponents to the “High In” model of FOPL have been strongly and widely refuted in the public forum.

To date, no substantive evidence for alternative models or arguments have been put forward for these decisions.

FOPL WOULD BE REQUIRED

It is important to recognise that no FOPL would be required on a product where nutrients remain within acceptable health thresholds. It should not affect products meant for export but would likely improve the quality of existing offerings. The proposed FOPL by the CROSQ is a regional initiative designed to protect the health of all Caribbean nations. FOPL is a proven public education health tool for helping consumers make healthier food choices.

We would like to recognise the efforts of the MOHW and its steadfast support and review of the “High In” model. While it is to be expected that those with vested interests in the packaged food industry would likely base decisions on financial rather than health concerns, as party to UN Declaration of Human Rights, it is the Government’s responsibility to protect the public health of the Jamaican people. Is this not a contravention of that responsibility? This unfortunate decision is a major blow to the collective effort to reduce sickness and death from NCDs, which is of grave concern in relation to the COVID-19 pandemic.

We call on the GOJ to explain to the Jamaican consumers on what evidence they based their decision to vote against the “High In” model of FOPL. Is this putting people first?

Dr. Andrene Chung is chair of The Heart Foundation of Jamaica and ca onsultant cardiologist. Send feedback to ghapjm@gmail.com.