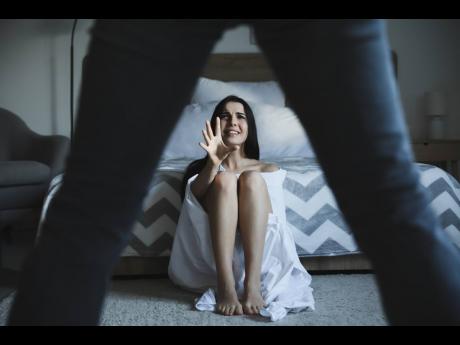 Intimate partner violence is such a norm nowadays that experts have developed classifications like physical, verbal, economic, emotional, psychosocial and sexual violence that women – and girls – are likely to experience. 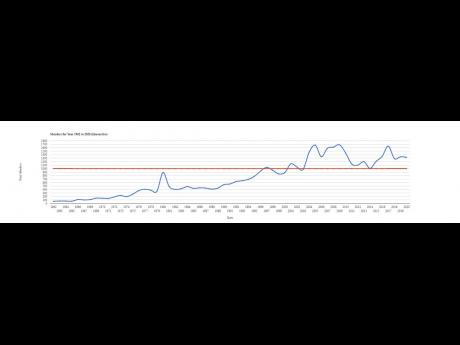 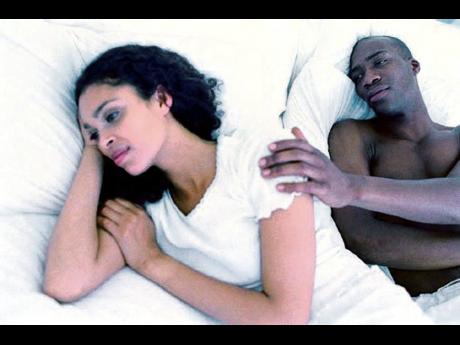 When Burnett Robinson, senior pastor of the Grand Concourse Church in the Bronx, preached his sermon on November 13, he did not know it would be his last. But he dug his own professional grave with his words. The Seventh-day-Adventist Church was somersaulted by the release of a video extract of this sermon, which went viral. In the one minute 21 seconds of the excerpt, one is dumbfounded by the pastor’s public declaration encouraging men to rape their wives. Congregants and the general public alike watched in open-mouthed astonishment as Pastor Robinson quoted St Paul’s pronouncement in his letter to the Ephesians that wives should submit to their husbands.

In his interpretation of this passage, Robinson, who a Jamaican, waxed eloquent in his denunciation of women’s practice of prosecuting their husbands for rape. His epic declaration came at the climax of an argument that went like this: “In this matter of submission, I want you to know upfront ladies, that once you get married, you are no longer your own. You are your husband’s. You understand what I am saying? I emphasise that because I saw in court the other day on TV where a lady sued her husband for rape. And I say to you gentlemen, the best person to rape is your wife. But then, it has become legalised.”

I felt wounded by these words because Burnett pastored the church I attended as a child and has remained a close family friend over the years. How did he pursue a PhD and remain oblivious of campaigns for gender justice? Pastor Robinson, who resigned over the affair, is not singular in his ignorance. The blatant violation of women’s human rights on the platform of profound patriarchal norms is what gave rise to the period of 16 days of activism for the elimination of acts of Violence Against Women (VAW) in which we are currently engaged.

November 25 is commemorated as the International Day for the Elimination of all forms of Violence Against Women (IDEVAW). In 1999, the United Nations picked this day to memorialise the Mirabel Sisters, three sibling activists from the Dominican Republic who were murdered on this day in 1960 by then dictatorship government led by Rafael Trujilio. November 25 also marks the start of 16 days of activism, which culminates on December 10, International Human Rights Day. During this period, advocates for Gender Justice stage events to raise awareness about the problems posed by patriarchy and the asymmetrical expressions of power spawned by a culture of gender-based violence (GBV).

IDEVAW and the 16 days of activism provide a rallying platform for policy makers and citizens alike to acknowledge that the cultural conditions that reinforce violence must be tackled to ensure that taken for granted violations of the inalienable right to life and security can be safeguarded. Jamaica’s history and contemporary social reality are replete with entrenched examples of GBV. Intimate partner violence (IPV) is such a norm nowadays that experts have developed classifications like physical, verbal, economic, emotional, psychosocial and sexual violence to distinguish the streams of abuse that women – and girls – are likely to experience, based on their gender identities. The violent version of masculinity also results in the routine injury of men by men who use violence to express their authority. Concentrating on the problem of violence against women raises awareness that the household, which should be a space of safety and security, is also an environment of risk. Insufficient attention is paid to the undocumented experiences that do not necessarily result in death but which are components of the process that culminates in tragic loss of life.

Jamaica has the dubious distinction of being counted among the murder capitals of the world. This position at the pinnacle of countries characterised by high per capita murder rates has remained consisted for over 40 years. As in previous decades, Jamaica has surpassed the 1,000 annual murder mark over the past 10 years. Crossing this red line is the United Nations’ indicator for a country at war.

These statistics, collated by the Jamaica Constabulary Force (JCF) ( https://jcf.gov.jm/stats/), concur with anecdotal evidence that this northern Caribbean island paradise is imploding. But the number of murders only provide a partial perspective on the protracted tragedy of this syndrome of violence. Beyond the statistics recording the number of victims, which are gruesome enough, is the impact of the national trauma on the body politic. What is not so visible to the public eye are the peace of mind casualties of the perpetrators of violence and the difficulties entailed in changing hearts and minds.

When we examine the multiple layers of trauma suffered by those who live with violence and those left behind to mourn the loss of their loved ones, it is evident that the tragedies do not cease with the words, woundings, burials and repasts. The relatives of the injured parties suffer their own brand of psychosocial dislocation. This starts from the moment they get the news and remains with them in cases of death, through the process of having to identify the ‘object’ now referred to as the body. It follows them as they have to deal with the elongated process of collecting evidence, providing statements and waiting while the case is prepared for trial. By the time that the emotional wounds scab over, it is time to open the lacerations and start the bleeding all over again. The brutality is reiterated at the trial, where the reliving of the gory details is designed to derange even the toughest of stoics.

Traumatic experiences like rape are more devastating physically and mentally as they are replayed in individual consciousness and collective memory. Victims of rape suffer these typical effects of sexual violation. They are also affected by the normalisation of VAW, as evidenced by Pastor Robinson’s endorsement of marital rape. The entrenched belief by men and women alike, that wifely sexual submission is a male entitlement rather than a female choice, needs deconstruction. In this context, the rationalisation of VAW by reference to the Bible is disingenuous. The critical response refracted by Robinson’s congregation, which resulted in his immediate routing, should send a signal to church influencers who are using their positions of power behind their pulpits to perpetuate misogyny. It is time to craft a new narrative.

- Dr Imani Tafari-Ama is a research fellow at The Institute for Gender and Development Studies, Regional Coordinating Office (IGDS-RCO), at The University of the West Indies. She is the author of ‘Blood, Bullets and Bodies: Sexual Politics Below Jamaica’s Poverty Line’ and ‘Up for Air: This Half Has Never Been Told’, a historical novel on the Tivoli Gardens incursion. Send feedback to imani.tafariama@uwimona.edu.jm.