The Prince, Republic of Barbados and post-colonial repair 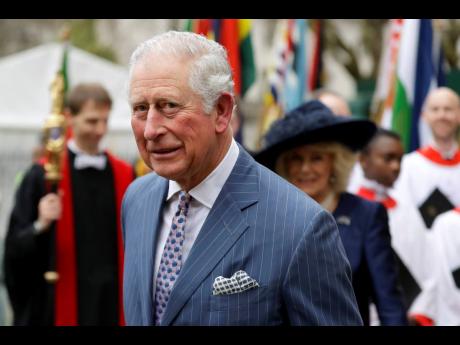 AP
Prince Charles and Camilla the Duchess of Cornwall (in the background).

This edition of Reparation Conversations highlights utterances of Britain’s Prince Charles, who represented Queen Elizabeth II at the presidential inauguration ceremony in Barbados . His acknowledgement of the “appalling atrocities of slavery” sparked fresh debates around the need for an apology and reparation for colonial and post-colonial harm at the hands of Britain.

On November 30, Barbados became the fourth English-speaking CARICOM country to replace Queen Elizabeth II as head of state. This milestone, achieved 55 years after the country’s independence and over 396 years after the British conquest, sparked discussions in Barbados, and globally, as to what it means for a country, once referred to as ‘Little England’, to sever ties with Great Britain.

Although the ceremony was symbolic of the long-held sentiments echoed by anti-colonialists, reparatory justice advocates, and scholar activists about the need for more former colonised territories to complete the process of full independence from those lingering vestiges of colonialism, it also presented the opportunity to reignite the discussion on the reluctance of the British monarch to talk reparation.

In his statement to Barbadians at the ceremony, Prince Charles, who represented the Queen, said, among other things:

“The creation of this republic offers a new beginning, but it also marks a point on a continuum, a milestone on the long road you have not only travelled but which you have built. From the darkest days of our past and the appalling atrocities of slavery, which forever stains our history, the people of this island forged their path with extraordinary fortitude.”

His speech ushered in a flurry of comments, mostly critical, about the failure of a man next in line to the British throne to go further than empty rhetoric and admit to the role of his country and the royal family, going back centuries, in the “appalling atrocities of slavery”. While Lord Simon Woolley, the only black Barbadian in the House of Lords, expressed optimism at what he described as a historic and “a grown-up conversation being led by a future King”, those actively engaged in the struggle for reparatory justice viewed the prince’s speech as a missed opportunity for a representative of the royal family to apologise for his ancestors’ and country’s role in the maangamizi (African holocaust) and engage in a reparatory justice conversation.

At the same time, the prince was consistent. In 2018, in a speech delivered at the Accra International Convention Centre in Ghana, he acknowledged that Britain’s involvement in the transatlantic trade in enslaved Africans was an appalling atrocity that left an “indelible stain” on the world but stopped short of issuing an apology to the people of Ghana for the crimes against humanity committed by Britain on Africans taken from their homelands to the Americas, leading the Director of the Centre for Reparation Research, Verene Shepherd, to say in 2018: “An apology would have demonstrated to the world that a penitent nation admits to this crime against humanity, commits to repairing the damage done by the crime and to non-repetition.”

For the descendants of enslaved Africans and survivors of native genocide, the struggle for reparatory justice is a personal one, and we call on the descendants of those monarchs who developed financial interests in the slavery project to take responsibility for their participation, and at the very least, issue an unambiguous apology. It is well-documented that Queen Elizabeth I supported John Hawkins’ slaving expeditions in the 1560s. King Charles II, from 1660 to 1685, the Crown, and members of the royal family invested heavily in the trade in Africans. Charles II granted a charter to the Company of Royal Adventurers trading to Africa (later recapitalised and named The Royal African Company). The royal adventurers benefited from royal connections and the Crown’s political and financial backing.

Additionally, laws were passed to assist in protecting and preserving the interests of beneficiaries of chattel slavery. The 1828 documentation of ‘Slave Laws of Jamaica’ stated:

“A great majority of those whose feelings have agitated by eloquent orations concerning ‘the odious state of slavery,’ have yet to learn that the trade which originally supplied Africans slaves for our West Indian settlements, was previously coveted and adopted by Great Britain, simply as an advantageous branch of commerce; subsequently, when it had been rendered instrumental in the cultivation of our colonies, an act of Parliament was passed with this preamble: ‘whereas the trade to and from Africa is very advantageous to Great Britain, and necessary for supplying the plantations and, colonies thereunto belonging, with a sufficient number of negroes, at reasonable rates.” (23 Geo. II. Cap. 31).

ACCOUNTABILITY IN LIEU OF PROTECTION

Outside of the constitutional and representational duties of the monarch in the UK, which have developed over years of history, the sovereign is seen to act as a focus for national identity, unity and pride and gives a sense of stability and continuity. In essence, what they approve of or disapprove of matter! There must therefore be accountability in lieu of not affording protection or setting the proper example for others to follow. The inability to protect Africans from the most brutal system in history is an indictment on the Crown. While there is no suggestion that the current royals played a direct role in the terror against enslaved Africans, they are both the beneficiaries of the legacy of the shameful history of slavery and wealth acquired from slavery.

The prevailing view then is that reparation remains an urgent demand along the lines of the CARICOM ten-point plan, especially as the COVID-19 pandemic is revealing vulnerabilities linked to the legacies of colonialism; and it must factor into any future movement to Republic status, correcting the lack of a decent “golden handshake” at independence.

In the words of Prime Minister of Barbados Mia Mottley: “… reparations is not just simply about money… it is also about justice. I do not know how we can go further unless there is a reckoning first and foremost that places an apology and an acknowledgement that a wrong was done.”

In his just published book How Britain Underdeveloped the Caribbean: A Reparation Response to Europe’s Legacy of Plunder and Poverty Professor Hilary Beckles says: “The modern Caribbean economy was invented, structured and managed by European states for one purpose: to achieve maximum wealth extraction to fuel and sustain their national financial, commercial and industrial transformation.

“We are now in a time of global reckoning for centuries o f crimes against humanity perpetrated by European colonial powers as they built their empires with the wealth extracted from the territories they occupied and exploited with enslaved and, later, indentured labour.”

Prince Charles, his mother, and the British nation must lead that global reckoning.