No redress or reparation for 1865 St Thomas massacre 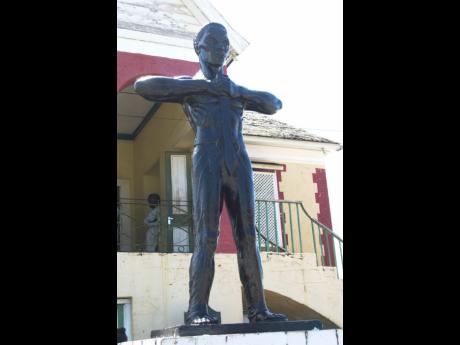 I was born, raised, schooled, and up to this point, live in the parish of St Thomas. This is the place where Paul Bogle is revered like a saint by many. Everyday, someone in the parish calls upon the power of this extraordinary man to prevail over some kind of challenge they may be facing.

Paul Bogle was the leader of the most militant and defiant opposition to the oppression faced by former enslaved Africans in post-emancipation Jamaica. This opposition climaxed in what is broadly known as the “Morant Bay Rebellion of 1865,” but known to the people of the then St Thomas in the East, and St David as the “Morant Bay War”. Professor Clinton Hutton has done extensive work, examining and assessing the events prior to and post October 11, 1865, in his (2015) book Colour for Colour, Skin for Skin: Marching with the Ancestral Spirits into War oh at Morant Bay. The book highlights the events that took place in Morant Bay, which cannot be defined merely as a rebellion but unequivocally as a war.

Bogle was gifted to us in a time when Africans were enslaved on sugar and coffee plantations across Jamaica and the then British Caribbean. The year was 1822, sixteen years before Bogle and the enslaved Africans were afforded full emancipation in 1838.

Emancipation came, and with the ‘freedom’ it afforded, the former enslaved peoples fled the plantations, which were stark reminders of 300+plus gruesome years of blood, tears, oppression, and exploitation beyond comparison. The plantocracy and former slave masters received £20 million for the loss of their property (that is, Africans and their labour) from the British State. However, no compensation was given to the former enslaved peoples.

Despite being paid, the plantocracy was very upset with the British government for ending slavery. In response to this perceived slight, the governing power in the Caribbean, made up of the white plantocracy, expended very little on the creation of a society that could offer social, economic, political, and psychological equity for the newly freed peoples. Actually, it was the exact opposite, with innumerable measures and tricks developed to keep the newly freed peoples tied and dependant on their enslavers.

After emancipation, the white ruling class created conditions for mass hunger, unemployment, illiteracy, landlessness, hopelessness, and despair among the formerly enslaved population all across Jamaica. Laws and policies were enacted by magistrates who were often attorneys for an estate or estates as well as members of the Assembly to keep the formerly enslaved in conditions reminiscent of slavery.

The plantocracy was determined to keep the old order of sugar production in place even with the industrialists in Britain campaigning against it. To add insult to injury, the Sugar Duties Act of 1846 was a death sentence to the sugar industry in the British West Indies, resulting in fewer sugar exports to England and less money in the pockets of the plantocracy. The result was high taxation on the formerly enslaved to supplement this loss of income.

The horses, mules, donkeys, oxen, and even the cartwheel that they dragged were taxed as these were critical resources to the former enslaved Africans who did peasant farming and traded in markets. Taxes on horses and donkeys increased by 1,220 per cent and 1,580 per cent, respectively.

With the plantocracy determined to tie Africans to a declining economic order and mode of production as well as the measures of taxation on the landless former enslaved people, poverty was the norm across the island. Furthermore, according to the Underhill Reports, there was mass unemployment and underemployment among the African population. Some were unable to take care of themselves, with some not just starving but naked.

The socio-economic position of the Africans was so appalling at the time that it is reported that the people believed that there was going to be a return to slavery. For example, in 1865, an estimated 10 per cent – £40,000 – of the national budget was given to the official state church (Anglican), while on the other hand, only £3,000, an estimated one per cent of the national budget, went to the education of 100,000 children.

As a response to the widespread maltreatment of the formerly enslaved by the prejudicial justice system and the estate owners, the people in St Thomas in the East and St David developed organic political systems that challenged the status quo.

George William Gordon, a member of the Assembly, campaigned vociferously in Parliament on behalf of the people. He was often ridiculed and became a foe of the then Governor, Edward Eyre.

On October 11, 1865, war commenced in Morant Bay. The people’s opposition to cruel prejudicial treatment by the judiciary at the Morant Bay Court House resulted in the deaths of agents and representatives of the Crown as well as members of Bogle’s contingency who had marched on the courthouse.

In response, Governor Eyre declared Martial Law in St Thomas in the East from October 13 to November 14, 1865, and terror was unleashed on the residents. Official records show that at least 439 persons were hanged, including Paul Bogle and George William Gordon, while more than 1,000 homes burnt to the ground. Soldiers would literally take women and children out of their homes and set them on fire.

Some say that there was eight miles of blood in St Thomas in the East. In just one month, 20 per cent of the parish’s population was decimated, and their economic, social, political and cultural life was turned upside down. From Manchioneal, Portland, to Mount Lebanus and all across the eastern belt of the island, the former enslaved people felt the violent might of white racism because they stood against injustice and oppression.

Up to this point, there has been no redress or reparation for the people in St Thomas. This case must not be let up. St Thomas’ case is separate from that of the call for reparation for hundreds of years of enslavement of Africans and native genocide. Descendants of those unjustly killed during the Morant Bay War have a case for reparation against the British state.

A significant precedent has been set for compensation to people who the British terrorised, tortured, and murdered during the colonial era. The British compensated 5,000 Mau Mau victims and their descendants in 2013 in the amount of £19.9 million after a successful lawsuit by the Leigh Day law firm in England.

Let us pursue this case like our ancestors in 1865.