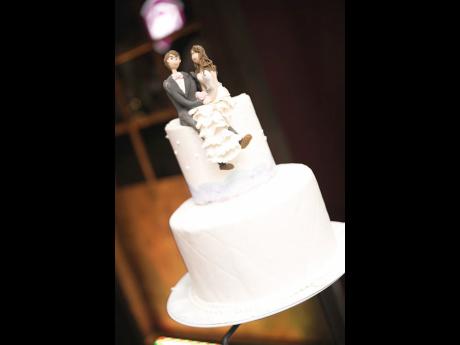 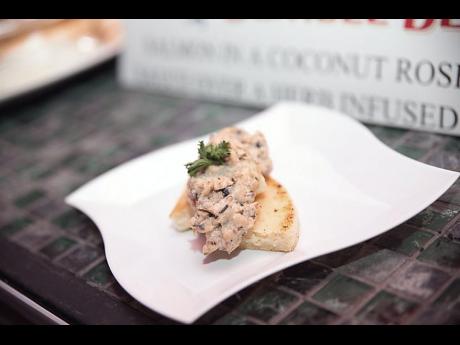 Contributed
Savoury salmon in a coconut sauce over a herb-infused bammy, courtesy of Bumble Bee. 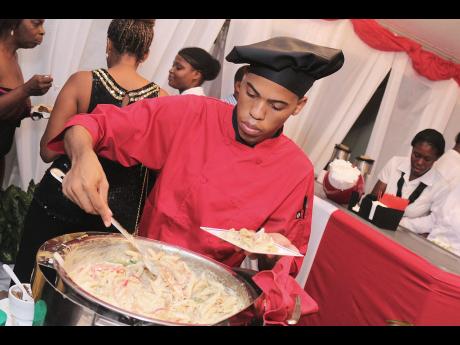 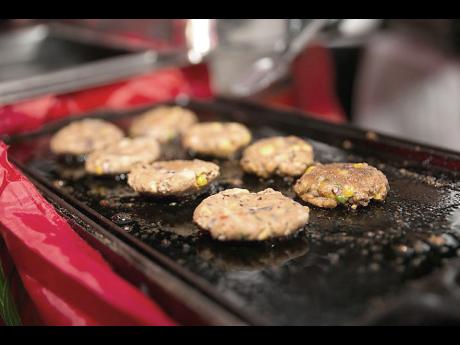 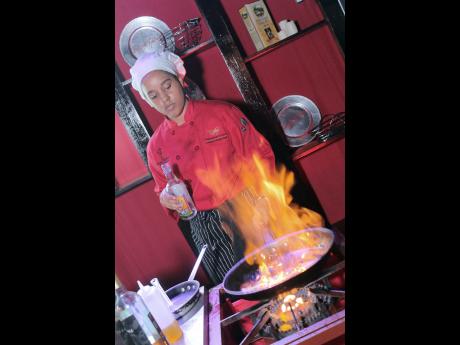 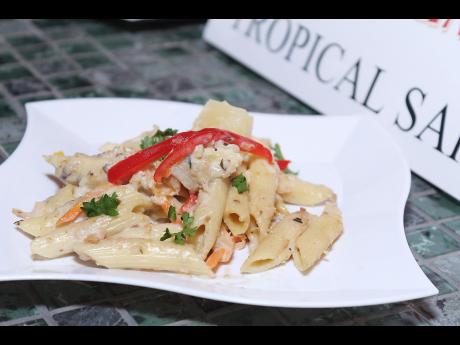 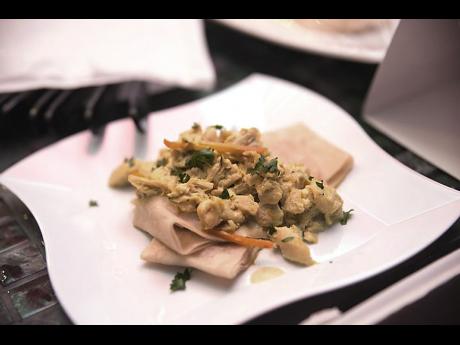 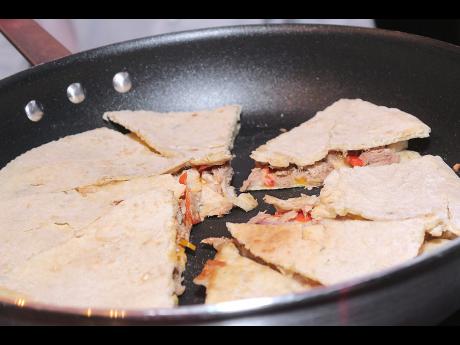 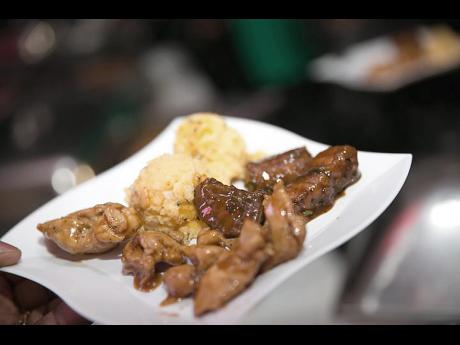 It was a night of gastronomical delights as the Heart Foundation of Jamaica, in association with Bumble Bee Foods and Fidelity Motors, presented its annual wine and festival - Simply Red - as the lawns of Jamaica House came to life last Friday with waves of radiant red.

With little time and so many savoury treats to indulge in, those who turned up making a fashion statement in red and others who opted to go with other colours went straight to work in their quest to satisfy their appetites.

Restaurateur Jacqui Tyson excited palates with pasta and drew crowd with her dancing chefs, while Rainforest Seafoods made its mark with a live-cooking demonstration.

Bajan chef John Hazzard could be found in the company of chef and caterer Lorraine Fung and both shared the spotlight in pleasing patrons with bursts of exotic flavours.

Bumble Bee stood brightly lit at the centre of the venue as Simply Red's hub and had patrons returning for more of its tropical sardine pasta, tuna quesadilla, coconut curry chicken and roti, and salmon in coconut sauce over a herb-infused bammy.

As the night progressed, Gem Myers treated patrons to hits of yesteryear, delivering a show-stopping performance in the Bumbe Bee booth.

Walkerswood captivated many with its mouth-watering pork, Kaluga KafÈ was represented with fine-dining cuisine, and the Heart Trust/NTA teamed up with Boys' Town BTC and presented delicious pastas.

There was a Kendel corner, which utilised its products in creative ways, and NuPak was right beside them, bringing its own flavours to the mix.

On the sweeter side, NestlÈ provided delicious treats of mousses and iced teas, while Chocolate Dreams' chocolate fountain had many craving more.

And as for libations, there was a wide selection. JMMB provided red, white and sweet wines. So, too, did Wining Wines by J. Wray & Nephew. Select Brands not only served wine, but created cocktails using Absolut Vodka.

If you wanted non-alcoholic beverages, Welch's was right there, giving those in attendance a hint of sparkle to satisfy their taste buds.

The night was topped off with musical offerings of father and son Freddie McGregor and Chino, respectively, and it is safe to say the 26th staging of Simply Red was simply a masterpiece.