VIDEO: I am Not a chef - Making chicken alfredo chronicles 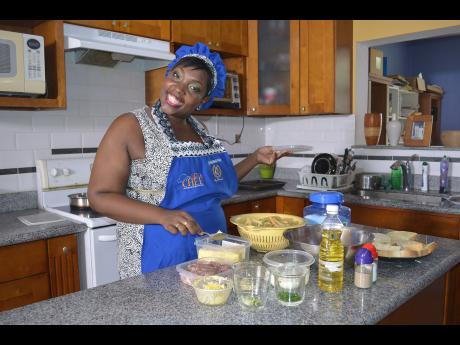 La Tania-Jonelle Hall
Smile a while and give your face a rest. Raise your hand if you want to give this food a test. In the prepping stages. 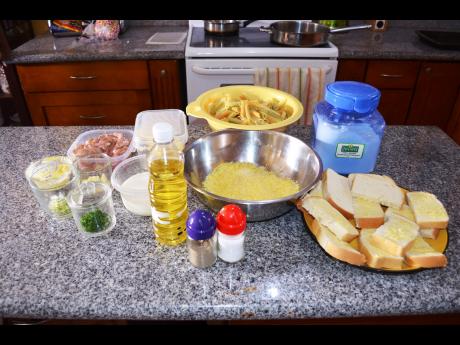 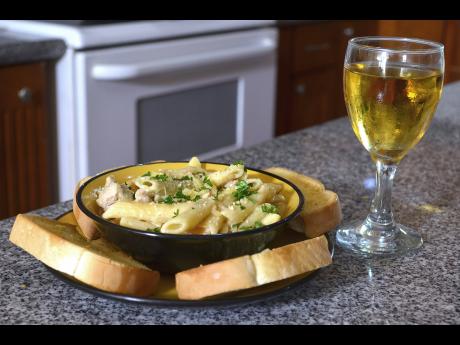 I was in for a palatable awakening when I decided to take on Chicken Alfredo. I indulge in pastas every now and then and I love cheese, so this was an awesome combination.

I opted to prepare it the traditional way. I am used to putting everything in one pot and going from there. This time around, I wanted to challenge myself and prepare the Alfredo by doing a roux. First, I gathered all of my ingredients: diced chicken (seasoned) vegetable pasta, cheese - white cheddar and Parmesan, butter, flour, milk, garlic, scallion, and parsley.

I sauteed my seasoned chicken breasts on low heat, and then removed them and let them cool. Then I got started on my rue: which included a combination of milk and butter with some flour.

This part was tricky. First, I melted the butter in a saucepan, then stirred in the flour and mixed it until it was blended in. I feared that I wouldn't mix it in properly so I took precaution, hoping and praying along the way that all was going to be OK, or else I would have to start all over again (I surely did not want that to happen).

Once I was in the clear, I added the milk slowly to stir it up! Little darling stir it up! And that it did! I was making strides.

After the milk had become one with the roux, and it looked nice and creamy, I turned up the heat and reduced it to simmer for 10 minutes. During that time, I took my precooked vegetable pasta, threw them into the fire with oil and started to sautee, with garlic and scallion, in the mix. Salt and pepper are added for taste and I multitasked, stirring the two pots before I made them into one meal.

I poured my roux sauce into the pasta pan and let it marinate for a bit before turning off the flame. What is Chicken Alfredo without garlic bread? If you are anything like me, you can be fancy without breaking your pocket. I got out my National Hard Dough Bread and got to making our garlic bread from scratch. Tun we han mek culinary fashion. I got the butter and diced garlic and got to blending. I made this all happen with my hands. Soon enough, it was creamy and buttery, the smell and taste just blew your taste buds. Then I applied the spread to slices of bread, popped them in the oven and waited until they were toasted to golden perfection.

Here comes the best part: savoury indulgence. The air was filled with aromas of rich flavour, and pretty soon they exploded on my palate. I would have loved for the Chicken Alfredo to be creamier, but I could not complain about its taste. I can now make garlic bread whenever I crave it. Overall, I was happy with the final product. Thank God, it came out well!

Join me next time as I introduce a new addition to the I Am Not A Chef family. Until then, live good, eat good.