VIDEO: Eat Around Jamaica - Chillin' doesn't get better than this! 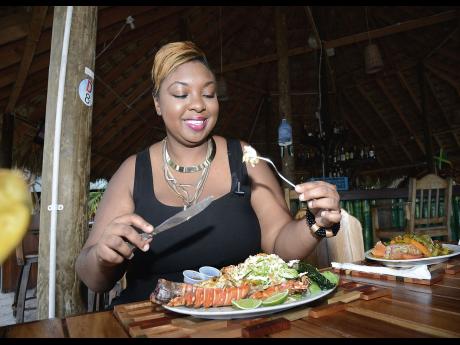 Davina could hardly wait to dig in to the grilled lobster. 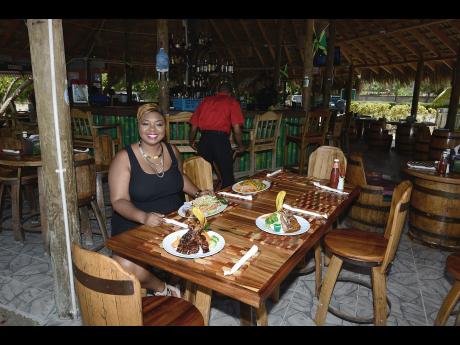 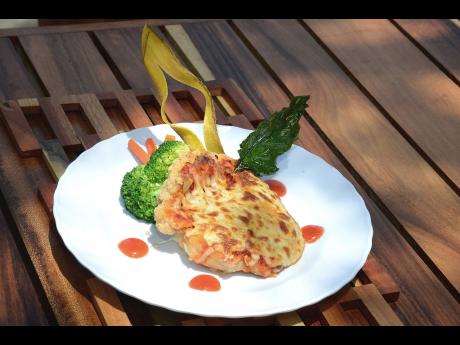 The delicious Parmesan chicken breast was delightful to the palate. 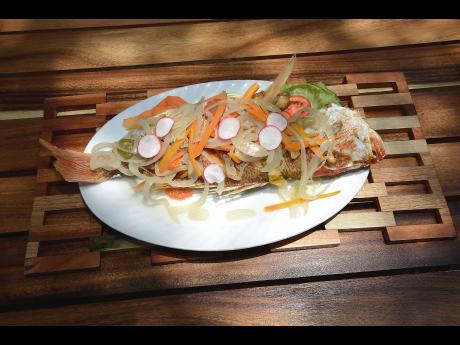 The mouth-watering escoveitched red snapper was cooked to perfection. 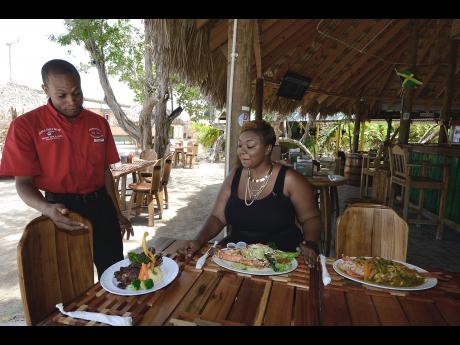 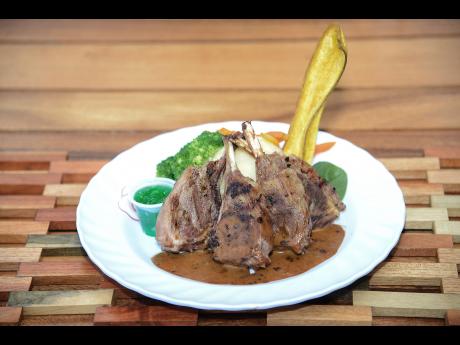 Gladstone Taylor/Photographer The lamb chops with mint jelly had Davina begging for more. 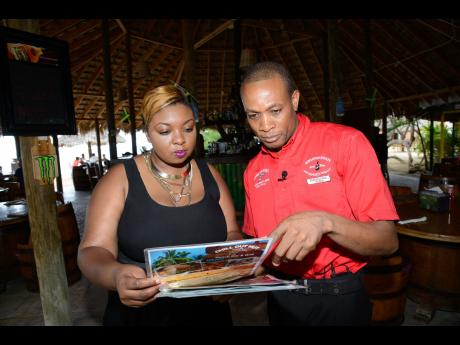 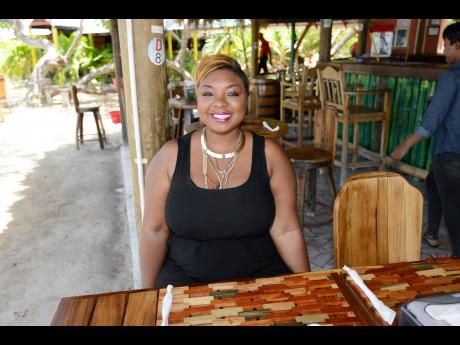 Davina anxiously awaits the six dishes being prepared for her. 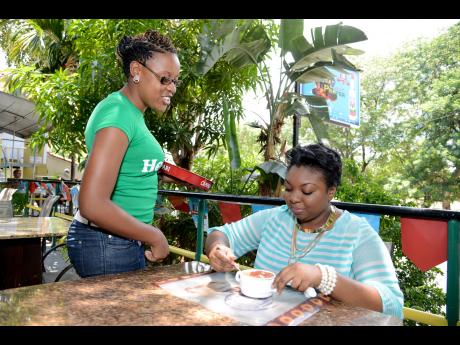 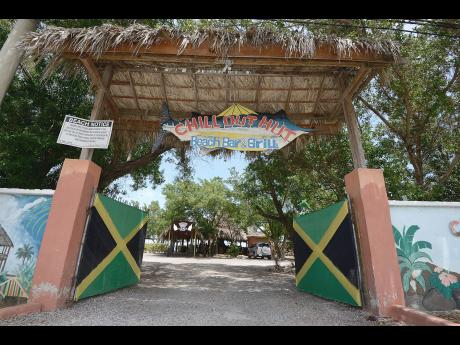 Guests are greeted with the Jamaican flag at Chill Out Hut Beach Bar and Grill. 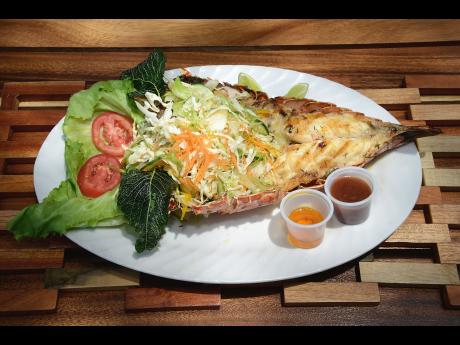 The decadent grilled lobster in garlic butter and jerk sauce was tasty. 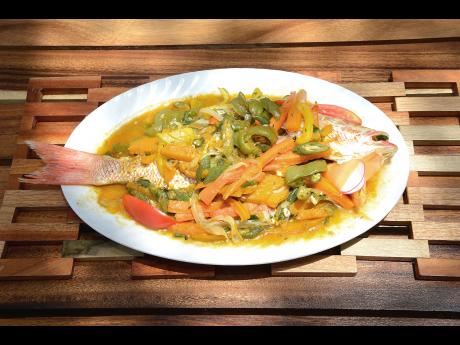 The tasty steamed snapper was almost too much for Davina to handle. 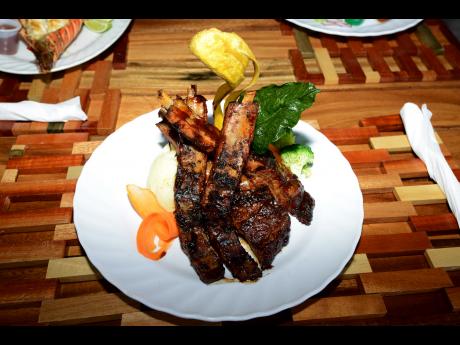 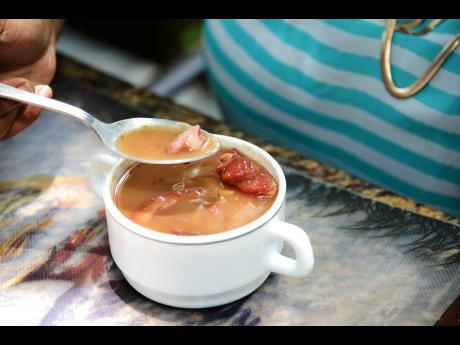 Food, food and more food was the order of the day at Chill Out Hut Restaurant and Bar in Greenwood, St James. Head chef Ingrid Rowe-Morgan had told me they had a big surprise for me, and having journeyed for more than three hours from Kingston, I was more than a little anxious to see what they had in store.

As I waited for Frank Watson, my assigned waiter, to bring the food, I tried to guess what exactly would be on the menu.

Whatever my thoughts were paled in comparison to the feast before my eyes. Not only had Chill Out Hut exceeded my expectations, they had also completely blown my mind.

One by one, Watson placed the dishes in front of me. Up first was the grilled lobster with garlic butter and jerk sauce. I was just about to dig in, when Frank said the magic words everybody loves to hear at a restaurant: "More food to come."

I was pleasantly surprised. The grilled lobster was amazing. Seasoned with local products and grilled to perfection, I had a hard time moving to the next dish.

The steamed snapper was next, followed by BBQ spare ribs. It was the most delicious ribs that I had ever had. Not only was it perfectly cooked, it was tender and moist.

The lamb chops with mint jelly was equally tasty. I enquired as to how they got the jelly, having decided that I wanted to take some home. I was salivating just thinking about the flavours and the aroma. But, once again, Frank interrupted me with more good news - there were two other dishes to come. The Parmesan chicken and escoveitched red snapper were placed in front of me. I was worried that I would not be able to sample all six dishes, but I was determined to try.

Not being a fan of chicken breast, I was reluctant to try the Parmesan chicken. However, I was pleasantly surprised at how good it was.

As I neared the plates of both the steamed and escoveitched fish, I was taken aback at how big they were. I jokingly described them as sharks as I could hardly see the plate, based on their size. Both were extremely delicious and I was told that steamed fish is one of the most requested dish. I had sampled all six dishes, and my stomach was full to the brim. As I sat, enjoying the breathtaking view and great ambience, waitress Jasmine Clarke came to enquire about the meal. I could hardly wait to sing the praises of the delicious BBQ spare ribs and the mint jelly sauce that paired perfectly with the lamb chops.

From Clarke, I learned that Chill Out Hut began operating in August 2010 and that it specialises in seafood. "We get a mixture of both local and foreign patrons. We always put out our best, and I guarantee that once you come here, you will not only enjoy the food, but also enjoy yourself," Clarke shared.

After chatting with Clarke, I decided to take a walk to the nearest cabana on the beach to relax, chill out, and reminisce on the amazing food I just had.

The next week, while on my way to another parish with a co-worker, I was told that I could not go to Montego Bay and not try the corned pork soup at MoBay Proper.

Located at Fort Street, I was hesitant to try the soup, having never heard of it or tasted it before.

Chef Shimron Bullock assured me this was one of his specialities and it is one of the most requested dishes. I enquired if he had a secret ingredient which made it so special, and he promptly told me it was made with love.

With Bullock being a chef for more than four years, I decided to give the corned pork soup a try.

The first thing I noticed was the huge chunks of pork in my soup. Pork lovers would definitely enjoy this one.

The soup was tasty, delicious and rich in flavour. It was definitely worth going off course for.