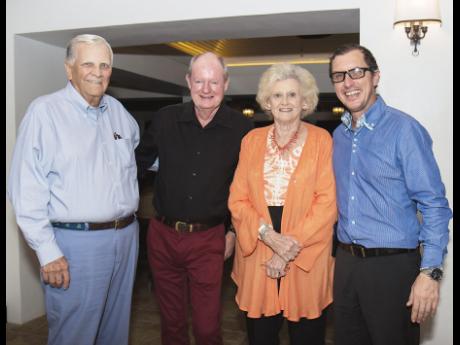 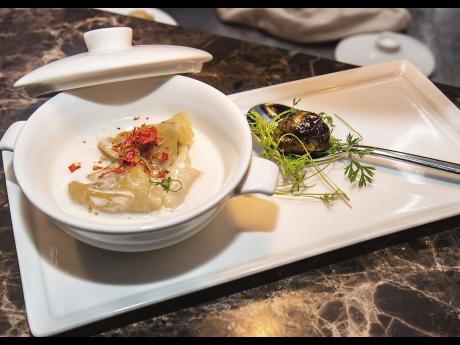 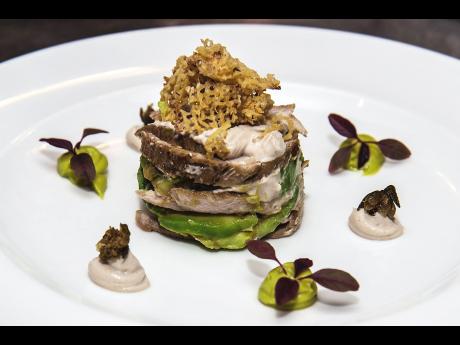 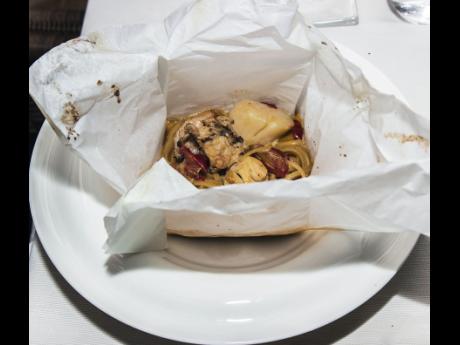 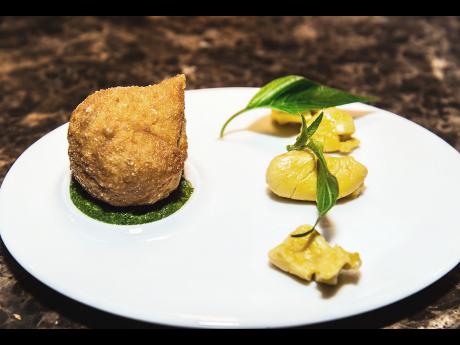 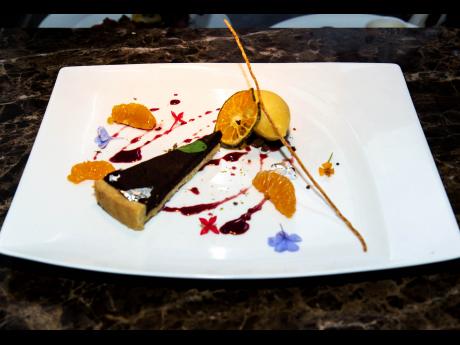 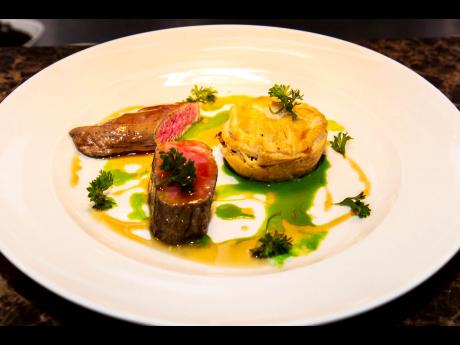 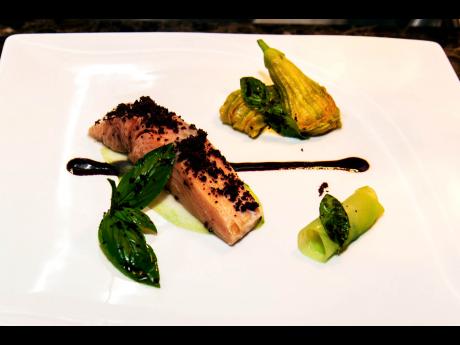 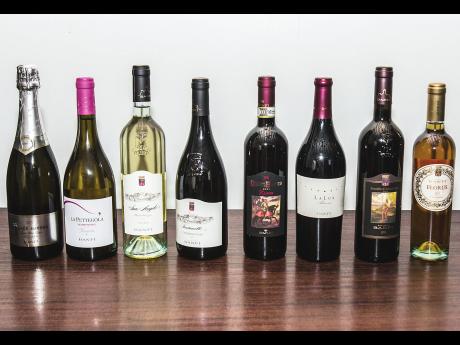 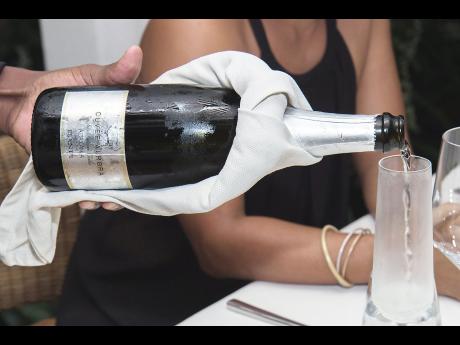 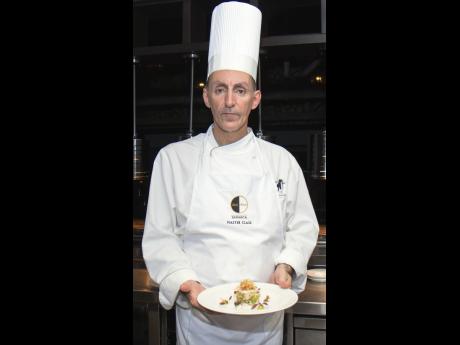 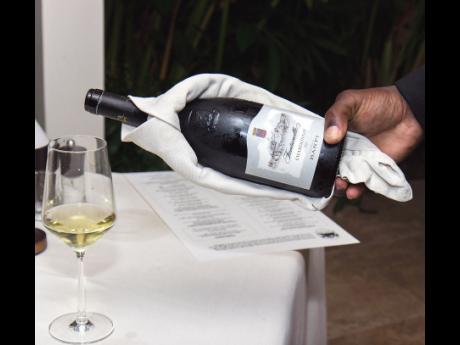 The event, which took place October 26-28 at the resort's idyllic Sugar Mill Restaurant, saw Ciresa, partnering with Half Moon's Chef De Cuisine Cosimo Riccardi to introduce guests to a variety of Italian flavours, prepared with a Jamaican twist, using fresh and seasonal ingredients grown locally, some in the resort's private herb garden.

The grand showcase of Ciresa and Riccardi's creations was an exclusive seven-course dinner and wine pairings, held at a moonlit Sugar Mill. The Italian wines were brought in just for the event, which was just one of the elements that made the dinner exquisite.

Dinner began with an aperitif - the Banfi Cuvee Aurora Brut - dry and perfect as a lead-in to the first course, dry cod brandade bigne. This was a prime example of the masterful fusion created by Ciresa. The course included pesto, a staple of Italian cuisine, but with a major difference. Typically made with basil, this pesto was made with callaloo - a Jamaican staple - and offered a delectable and familiar flavour. This was paired with a 2015 La Pettegola, Vermentino-Toscana.

Next was the veal and avocado millefeuille. Made with capers, cassava chips and coriander cress, and paired with a 2015 San Angelo, Pinot Grigio-Toscana, it was deceptively light and delicious. The avocado had a pleasant and subtle contrasting effect.

Scotch bonnet spicy coconut and lemon grass soup made with chicken and lime dumplings was served next, with a 2015 Fontanelle Chardonnay. It was aromatic (the potent lemon grass working its fragrant magic) and divine. It packed a punch in the flavour department and was an instant favourite.

The Seafood Linguine Papillote, with saffron and coffee essence was as interesting as it was tasty. Made and served in what looked like a sealed paper box (to retain all the flavours), the eager diners literally tore into the dish. With decadent morsels of lobster and shrimp, it paired perfectly with a bold 2012 Chianti Classico Riserva.

Wild Salmon, black olives, Chayote stuffed into squash blossom was next up. It was a well presented creation, paired with the 2011 Las Lus Albarossa.

Then it was time for the saddle of lamb, eggplant. This was served with percorino cheese stuffed puff pastry and parsley. The chefs flexed their muscles on this one and the taste buds were happy beneficiaries. With this, diners enjoyed a 2011 Brunello Di Montalcino.

For dessert, there was chocolate ganache with tangerine ice cream made and served with Jamaican pepper and rum. A 2012 Florus, Moscadello Di Montalcino Late Harvest made the perfect pair.

Petit Fours and hot coffee brought the delectable journey to an end.

Sapori d'Italia proved to be more than a taste of Italy. It was a lesson in culinary and cultural fusion like no other.