Pork - The leaner the better! 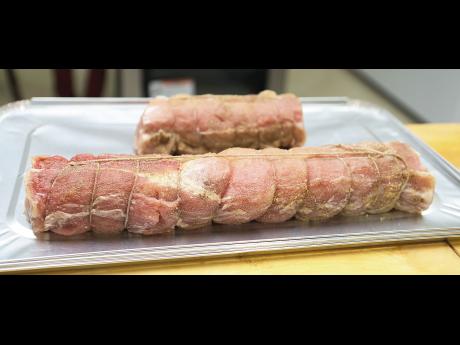 Contributed
There are actually seven pork cuts lower in fat than chicken thighs. 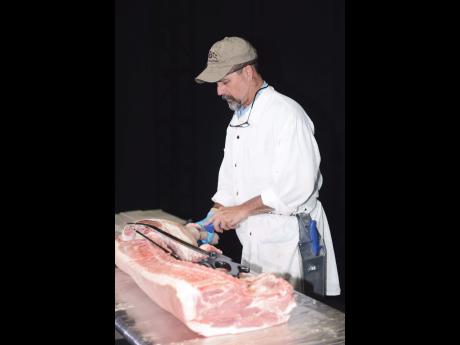 Over the past two decades, the pork industry has undergone a refashioning. A pig 25 years ago is different from a pig in 2017. This is due to a response by the pork industry to fulfil the consumer's need for lean pork products. Through efforts in feeding and management practices by pig farmers, seven of the most common cuts of pork have, on average, 16 per cent less fat and 27 per cent less saturated fat than 20 years ago. This is according to data retrieved from the US Department of Agriculture Nutrient Database.

University of Georgia animal and dairy science professor and guest presenter at the third staging of Copperwood Pork's 'Making The Cut', Dr Timothy Dean Pringle, reinforces this fact. "The current pork that's being produced, at least the product I've seen from Copperwood Pork, would be very comparable to what we see in the United States," said Pringle.

Noting that leaner pigs brought a better market price, the pork industry had an incentive to breed pigs with less fat. He further added that now that we have a leaner product available, the next step is to help the consumers understand the pork that they have available to them today is different from the pork that they grew up with.

"When we talk about quality today, we talk about the fact that it's a whole process that impacts and determines quality. I think that's exactly the same thing that we see with the change to this leaner, higher value, lower fat pork product that's being provided to the Jamaican consumer today," he explained.

In fact, if you're looking for the healthiest pork options, you want lean cuts such as tenderloin, loin chops and sirloin roast, he added.

"There's actually seven other pork cuts that are lower in fat than chicken thigh - a lot of people probably don't know that," Pringle explained.

Pork is being hailed as healthier than beef, with its bright pink colouring. He noted that the health-conscious consumers wanting to choose pork as a protein source should keep the word 'lean' in mind, which means less saturated fat.

"We always want to measure against chicken because everybody thinks the chicken breast is the healthy animal protein but if you look, the pork tenderloin is actually very comparable in terms of fat, and even tends to have more nutrients," Pringle noted.