For the love of coffee 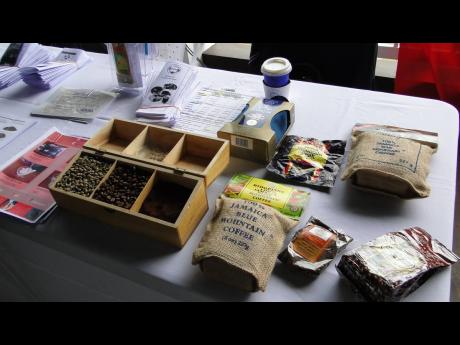 Paul H Williams
Coffee at different stages of preparation and levels of branding.

It could be the taste, the aroma, the perkiness that it stimulates, or a combination of all three, that has made some people slaves to coffee in all its diversity.

While it races the heart for some, which is no fun; for others, it is what the doctor ordered, and they cannot get enough of it, hot or cold. It is no doubt a commodity that has captured the hearts, minds and souls of people from all over the world.

Right here in Jamaica, coffee is king. We have produced world-famous crops that some people say are the best in the entire world. This brand of coffee was on show on Saturday, March 2.

It was the second year in a row that the Jamaican coffee was putting on its own show – Jamaica Blue Mountains Coffee Festival.

Patrons came out in droves, for the love of coffee, and other things. Food was there to witness the sampling, the business, the joy, and rain that came to lessen the intensity of the heat on the mountainside.

On the parade grounds of the Jamaica Defence Force at Newcastle, people paraded with their cups, imbibing the aromatic brew right in the heart of coffee country. On yonder hillsides, trees are laden with soon-to-pick red berries that will one day be roasted and converted into minute particles to sate the palates of those who are convinced that coffee is a panacea, one that is immortalised in a well-known Jamaica folk song.

Morning, noon or night, coffee is a gastronomic favourite. And some people live for the love of coffee.