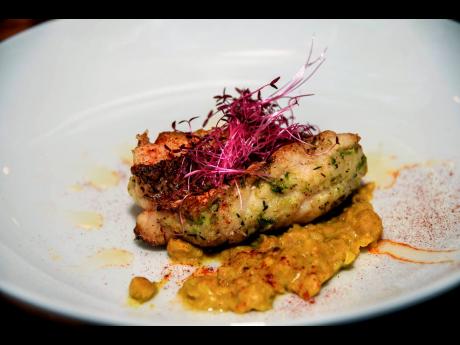 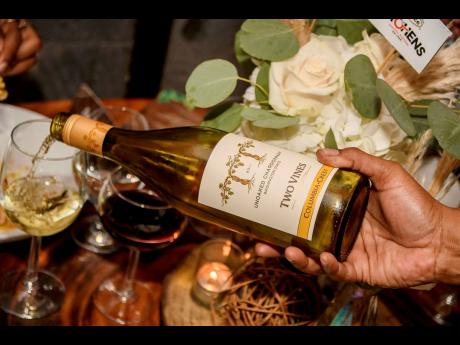 Contributed
A glass of bubbly, anyone? 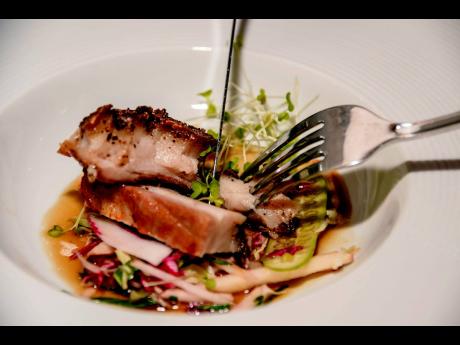 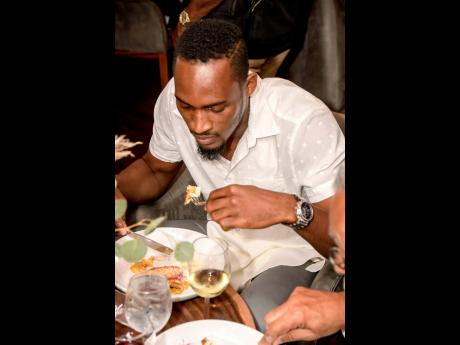 Contributed
Grace brand ambassador Hansle Parchment about to take a bite of the coriander snapper. 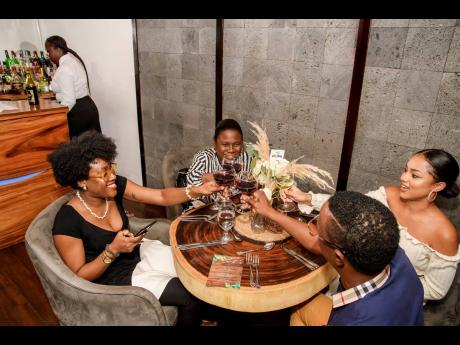 Contributed
Food is here for this table’s festive spirit. Cheers! 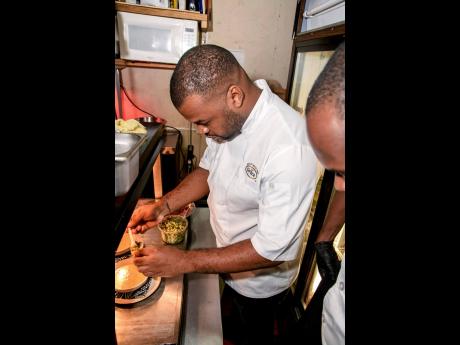 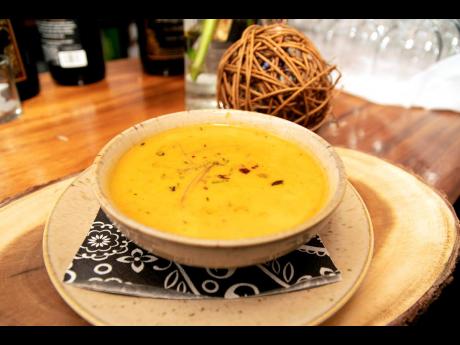 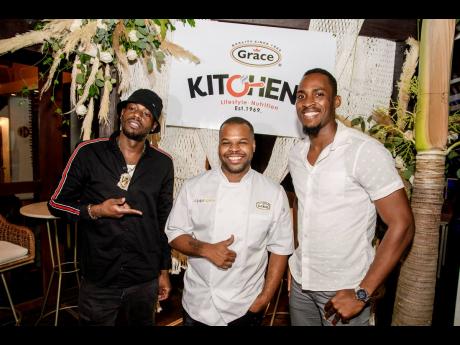 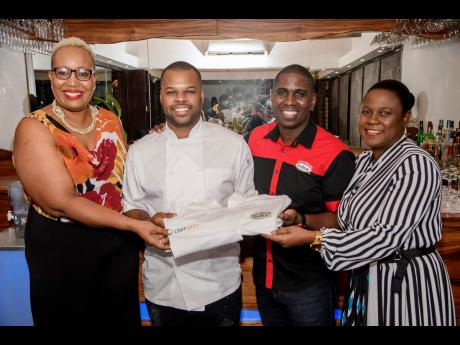 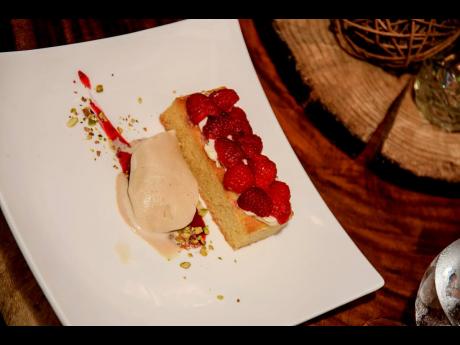 Food is love. And no company understands this more than the one that has been bringing good taste to life for half a century. On Monday night, representatives officially announced the new face of Grace: Chef Shea Stewart (cue a round of applause). This executive chef might be new to this big brand, but he is no stranger to the culinary world.

The specially invited gathered on The Porch in Kingston to celebrate the momentous occasion. Those in attendance included Phillip ‘P.P.’ Palmer, Dr Michael Banbury, Grace brand ambassadors Ding Dong and Hansle Parchment, Grace representatives, the media, among others.

Greeted by the welcome drink, Grace Bubbly (Tropical Rhythms Pineapple Ginger with Mionetto Prosecco), each person found his or her table, via signature place cards provided, and sat down to an exquisite four-course meal, freshly prepared by Chef Shea, of course, complemented by wine pairings, courtesy of Harbour Wines and Spirits.

“This is the moment you have been waiting for is here.” Channel Programmes and Promotions Manager at GraceKennedy Limited, Ricardo Smith, told his attentive audience. From there, Consumer Service Manager, Angella Grandison-Reid, explained that because Grace has been in the heart and homes of our kitchens and in the heat of gastronomic tourism, what more could it do as a ‘50 years’ young’ company?

The answer: carrying on this strong legacy of traditions you know and love, while embracing new and exciting possibilities all pleasing to the palate. She lauded Chef Shea, the youngest executive chef the company has ever had, as an embodiment of what Grace stands for: quality, integrity, innovation and a maker of great food.

Chef Shea, in his response, noted that it was both an honour and privilege to take up the mantle, “You know, you grow up not knowing where you will end up, but I never thought that I would partner with such a prolific company”.

His audience replied with proud outbursts. “I want to make Grace very youthful, vibrant and appealing to a new generation,” said the young chef. This quickly made way for his official unveiling as Grace’s new executive chef. To a chorus of “Over here, please?” photographers captured the heartwarming moment with clicks and flashes.

Playing on notes of creamy, savoury meets sweet, and crunchy, the roasted corn chowder with bacon cilantro and scotch bonnet oil worked wonderfully with the Trivento Mixtus Chardonnay Chenin. The tender, juicy, crispy pork belly with Asian slaw and a chilli ginger caramel sauce paired perfectly with the Ménage à Trois Luscious Pinot Noir. Then we made way for the flavourful coriander-spiced, broiled snapper with smashed chickpea dahl, which was accompanied by the Columbia-Crest Two Vines Unoaked Chardonnay. And saving the sweet for the last, the vanilla cream cake with coffee gelato, salted pistachio and raspberry coulis was presented with Chateau Ste Michelle Riesling. Each dish showcased the versatility of the brand, featuring products like Grace corn, the new tin peas line, and the jerk seasoning, among others, which were explained by the good chef himself

Sounds of light banter and laughter, the clinking of wine glass, and the rhythm of knife and fork falling to plate in quick succession, following the completion of each savoury course, filled the quaint dining space.

As an amazing parting gift, everyone went home with a package which includes cutting board, a Grace cookbook to try recipes, and their own bottle of bubbly in the form of Romance or Ménage à Trois, ideal for tomorrow’s Valentine’s Day celebrations.