Tantalising Tastes of the World 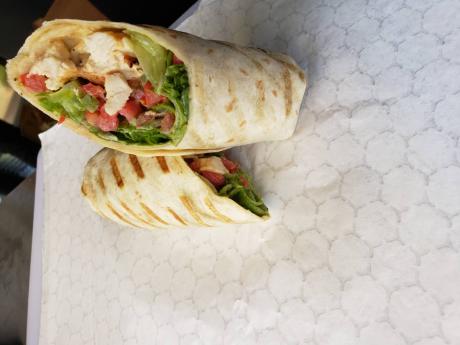 Contributed
This signature grilled chicken wrap will have you wanting more after just one bite.

If you agree that food is the ingredient that binds us together, then you're going to love the tantalising Tastes of the World.

Imagine taking your palates to new heights by indulging in dishes from multiple cuisines under one roof. Take your scrumptious pick of Cuban, Asian, Mexican, Italian and/or American. Sounds incredible, right?

The mastermind behind the gastronomic genius is the restaurant's managing director, Toni-Ann Brown-Rattray. She conceptualised the business back in 2015, working assiduously on the plan for the next two years. She met her partner, Maurice Henry, who accepted the mission of bringing her ideas to life. Tastes of the World (TOW) was subsequently registered in March 2018 and a brand new trailer was purchased later that year to get the venture up and running. "We officially opened our windows in August 2019 but had to close a few months later," Brown-Rattray said.

The reasons for such an immediate closure was to make some improvements to the trailer and the business operations. Everything was set to reopen the doors in March of this year. But COVID-19 stood in the way of that plan. "Unfortunately, that was around the time that COVID became a global pandemic. We decided it wasn’t wise to reopen during times of uncertainty and delayed reopening to July."

What prevailed as the contributing factor to their resumption was the outpouring of support and constant messages received from customers asking TOW to return. "The reception has been great and we have the most awesome customers returning for more."

A restaurant is only as great as its dishes. So Brown-Rattray decided to not only go big, but to do something different when it came to the menu. "There was no method to my madness. I wanted to add items from cultures that you would normally have to travel to experience, hence our tag line 'food passport to the world'."

The professional even let out the secret on what she believes are the favourite dishes. "If I’m being biased I’d say all of them, but our biggest seller is our firecracker chicken which is served with sweet mashed potato. It's closely followed by the tacos, which are a bit hit because, who doesn’t like tacos? And our Cubano sandwich for pork lovers is amazing too."

So what's next for TOW? The company is currently in the process of expanding the offerings by adding some new and exciting menu items, like the firecracker chicken sandwich, barbecued chicken sandwich and a buffalo chicken sandwich. "Following that, we'll continue serving our customers great-tasting food with a great customer experience. A little bit further down the line, we'll expand our fleet of trailers to become more accessible and better able to share Tastes of the World with more people. We’re concentrating on a second location in Kingston by the middle of next year, and then Portmore and Montego Bay."

Tastes of the World at 53 Knutsford Boulevard or follow on social media: @tastesoftheworldja.