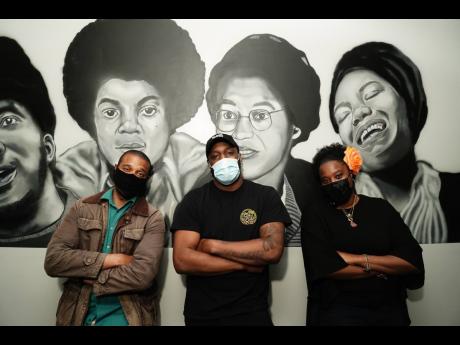 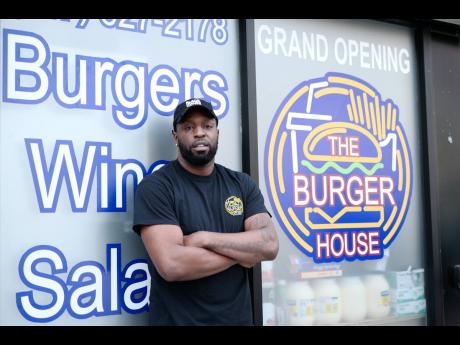 Contributed
Looking for ‘something good to eat in the neighbourhood’, Jon Yearwood, a seasoned entrepreneur and former high school star footballer of Jamaican heritage, opened The Burger House in New York.
1
2

Yearwood, who was born to a Jamaican mother who hails from Portmore, St Catherine, and a Barbadian father, grew up in East Flatbush with the best of both worlds regarding culinary offerings.

In an interview with The Gleaner, Yearwood said the restaurant came about because he wanted “something good to eat in the neighbourhood”.

“When the pandemic hit, while sheltering in, I wanted something good to eat besides what was being offered in my neighbourhood, so I set out to create it – where quality food, prepared to order is served in a friendly, warm, comfortable environment,” he said.

Yearwood, who graduated from Erasmus High, where he was a two-time all-city champion football player, went on to South Carolina State University, where he earned a bachelor’s degree in business and family consumer science.

Returning to his Flatbush neighbourhood and witnessing the financial struggles throughout his community, Yearwood set out on an entrepreneurial journey creating several successful companies before opening his latest venture.

Crediting his focus and work ethic to his Jamaican mother, who had to shoulder the responsibilities alone after his father died when he was four, he said he always admired her “grind”.

“She was a nurse, raising four kids as a single parent in Brooklyn. She often worked two jobs to keep us afloat and stayed prayed up,” he recalls.

Yearwood said being in football changed his life as it kept him out of trouble and off the streets.

Speaking of The Burger House, Yearwood said most Jamaicans veer towards jerked or some other popular Jamaican delights; for him, having grown up on West Indian food, he developed a different taste when travelling south.

“I experienced great-tasting Southern and American comfort food. The Burger House brings all those experiences together under one roof,” he said.