Where’s the Food, Jo? hits the spot thousands of followers 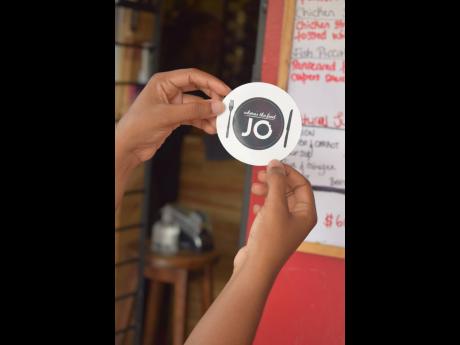 Shereita Grizzle
Restaurants that are high on Williams’ list of recommendations are certified with an official sticker. 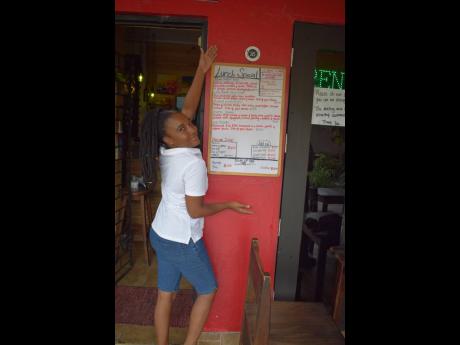 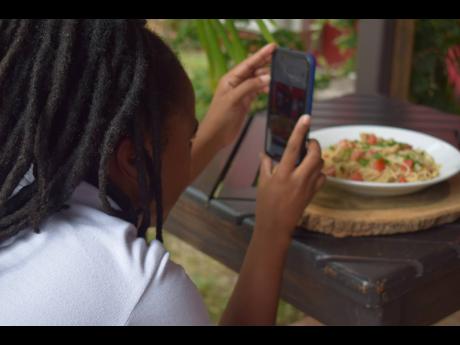 Shereita Grizzle
By the quality of photos, one would think she travels with a team of professionals with top-notch equipment, but in reality, it’s just her, the backdrops she ordered from Amazon, and her iPhone 11.
1
2
3

If you have ever wondered which eateries are good and what items on their menus are worthwhile, then look no further than Where’s The Food, Jo? on Instagram. The brainchild of food connoisseur Jody-Ann Williams, the platform provides an inside look into some of the best cuisine the local restaurant scene has to offer. Williams, a mass communications major from the Northern Caribbean University, told Food that as an unapologetic foodie, she found a way to fuse both her passions and has formed a platform that she hopes to take to the top of the ‘food-blogging chain’.

“Growing up, my parents used to tell me they’d rather clothe me than feed me. Wherever food was, I was ready to indulge. I remember going to the dentist one time, and my mouth was numb from the meds (medication), and I was more concerned about what I was going to eat. I wanted a double whopper. I was about nine or ten,” she shared, with a laugh.

Williams said that at an early age, she developed a love for photographing food. “I was also given a digital camera from an early age, so I was always photographing food. We eat with our eyes. I mean, if we’re going to eat something, it should look good, so I started going out and just sharing the images from my food adventures on my personal page. It became crowded. It was more about the food than me, and I thought, ‘Why not start something different for the food?’ Plus, I remember being at an event one day, and my friend Teflon say, ‘Jo, weh di food deh?’ It dawned on me that people were always asking me, ‘Where’s the food? ‘ I thought I could use the standard English version of that and say, ‘Where’s The Food, Jo?’ and that’s how this whole concept came about,” she said.

Speaking of concepts, as part of the Where’s The Food Jo? experience, restaurants that are high on Williams’ list of recommendations are certified with an official sticker. This sticker, which is usually earned after multiple visits by Williams, is placed in a prime spot at the eatery for people to see that it has received her stamp of approval. During our interview with Williams at The Wine Shop on Annette Crescent, we got to see the food lover place her Where’s The Food, Jo? stamp outside of the shop, much to the satisfaction of the restaurant’s owners.

Having been in the food-blogging game for some four years now, Williams admits that while the general blogging space has experienced tremendous growth in Jamaica, her area of speciality is pretty niche. Still, she has no regrets about her decision to take on the food-blogging world, especially with the results she has garnered over the past four years. Where’s The Food Jo? is on its way to a 10,000 strong following on IG, but while pleased with that growth, Williams said it is the feedback from food lovers islandwide that has really moved her. “People wanted to know, outside of the rice and peas, where they could get something like a lobster mac and cheese or an oxtail pasta or just some really nice vegan food. They were interested, and I wanted to fill that gap, and so far, the journey has just been great,” she said. Williams says she consistently receives feedback on the places she has visited and recommendations.

There is no wonder why people have taken her recommendation as gospel. Williams’ work is outstanding. By the quality of photos, one would think she travels with a team of professionals with top-notch equipment, but in reality, it’s just her, the backdrops she ordered from Amazon, and her iPhone 11. “A lot of people think I have a big camera, but I don’t. I use my iPhone, and I will get stuff to enhance the food photography. I use different editing software like Lightroom, Photoshop because I really do take pride in my work. I want to get that perfect shot so that when people look at the food, they’d be like ‘Wow! and just be drooling,” she said, adding that, “I said all that to show that it’s not about the equipment that you have, but how you use what you have with the knowledge that you have. This is my niche, so I use the tools that I have and just create magic.”

Williams is now hoping to spread said magic to the international food space. “I want to do YouTube. I want to expand beyond pictures and do more videos. The intention is to continue exploring Jamaica because there are so many restaurants I have not visited yet, but I also plan to take my platform internationally. When I travel, I always try to create content from wherever I am visiting. I want to keep doing that,” she shared. “I want to put Where’s The Food, Jo? on a pedestal where people all over the world can say, ‘Hey, we need to check this platform to find where I need to go to get certain dishes, etc. That is my ultimate goal.”