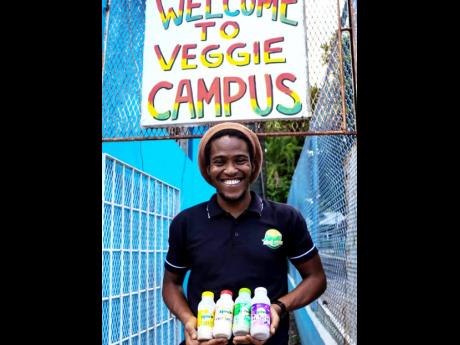 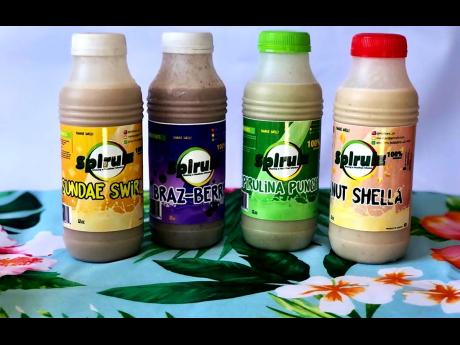 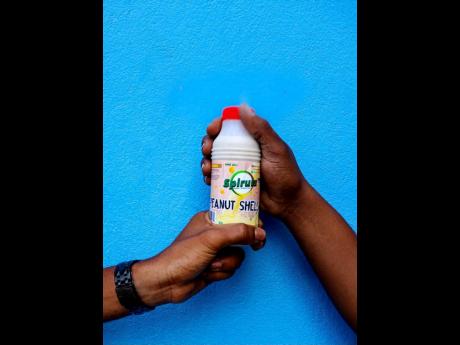 Contributed
The Peanut Shella is made of raw and honey-roasted peanuts, honey and natural spices. 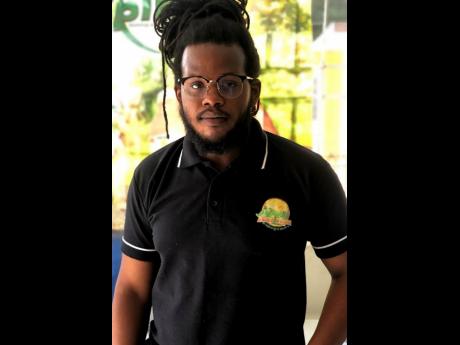 Contributed
What makes Spirulz different? ‘On our labels, we have a section below the ingredients which state the benefits of a particular ingredient and how long after opening the product you can drink it,’ said Ital Sipz principal Ramoy Jones.
1
2
3
4

What started out as two BPO co-workers looking for healthier beverage options during their lunch break has morphed into Ital Sipz, a natural beverage company whose Spirulz coconut milk-based brand ensures there’s no repeat of others looking for such products in vain.

Ramoy Jones and Ramone Green are the principals at Ital Sipz, which was conceptualised in 2017 when both were making a transition to a healthier lifestyle and embracing Rastafarianism.

“Some beverages – what people would call ‘strongback’ – would say they were natural, but when you read the ingredients, most are not organic or healthy, some even have rum,” Jones told The Gleaner.

He opted to make his own and shared it with Green, who suggested that they sell it to others. However, they were more preoccupied with the ‘business owner’ title at the time, paying little regard to the considerations to start, manage and grow a business. Their mindset changed that summer when Jones was involved in a car accident, which forced them to return to the drawing board and re-evaluate their business model. The fruit of their labour is evident in Spirulz, which debuted in December.

Their recipe development was shaped by researching popular ingredients and sporadic elements like a shop in Kingston that sells a variety of nuts, introducing Jones to the Brazilian nut, which promotes a healthy immune system and brain health. As for the coconut milk base, they wanted a lactose intolerant-free experience and used flash pasteurisation to maintain the freshness of the beverages and eradicate bacteria that causes spoilage.

“When we looked at the ingredients of other beverages, most use certain chemicals to preserve it, and not a lot of beverages are pasteurised,” said Jones. “Some will say they are natural, but you see the shelf life says a year, so I always tell customers to always read the labels. On our labels, we have a section below the ingredients which state the benefits of a particular ingredient and how long after opening the product you can drink it.”

Customers are not only loving their transparency, but their beverages.

“I’d say our Spirulina Punch is our best-seller, mainly because people hear it in the song and are interested to find out exactly what it tastes like,” Green told The Gleaner. “The Braz-Berry that we recently launched has been doing well also because people go crazy for blueberries.”

They hope to launch their cold-pressed juices in December with beetroot, carrot, and a detox green juice.

“We’ll also be having Tropical Blast, which will be a fan favourite,” said Green. “We’re playing around with this one that I think the ladies will enjoy as well – a Vega Colada. It’s basically a virgin piña colada, but we’re going to add a twist to it which will leave a taste in your mouth that you will want to get one more time.”

Green said their vision is to make healthier living a lifestyle and not merely an option.

“We basically analysed the market and saw where there was a gap where persons were wanting to transition to something healthier but weren’t sure where to go. Being a vegan myself, I can attest to that because when you go to an event, your options are limited to either cranberry water or water, but what if you want something that tastes good and has value as well? That was the thinking we had in mind when we approached Ital Sipz.”

Spirulz beverages may be purchased at Veggie Campus on 74 Lady Musgrave Road, Kingston. Orders may also be made through the Hugo app and bulk orders via their Instagram page @italsipz_ja.