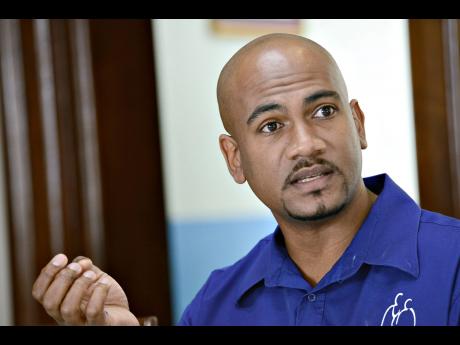 The Aedes aegypti and Anopheles mosquitoes along with the deadly diseases they transmitted - yellow fever and malaria - made their way from Africa on slave ships headed to the New World. These new diseases devastated the unexposed population in the Americas. The records from that era show a high mortality rate for the whites, especially those who were recent arrivals to the Indies.

No extensive records of slave deaths were kept but it is fair to assume that some immunity existed in the previously exposed Africans. The high death rate of the whites meant that there was little chance for the evolution of a large white population in Jamaica compared to North America. Most of the population were born overseas and Jamaica was never viewed as home, but as an outpost where fortunes could be made to return to theirmotherland.

With many fortune seekers being men, there was a shortage of white women on the island. This led to interbreeding with blacks and the creation of a sizable mulatto population. This new class was differentiated from the inferior full-breed blacks by their lighter complexion. This colour prejudice has not been erased by years oblack majority rule. We are still afflicted by this 'caste' system created generations ago and have to contend with the skin-bleaching phenomenon in 2016.

The high mortality rate is proposed as a reason why whites lived vicariously and had little regard for the lives of their human chattel. The poor treatment of the slaves coupled with the small population of whites was reasons why there were a significant number of rebellions seen across the island. The 1831 rebellion led by Sam Sharpe brought the issue of slavery to the forefront of the British conscience and rejuvenated the floundering efforts of the abolitionist movement. This soon led to the abolition of slavery partly in 1834 and fully in 1838.

Post-abolition, mosquitoes continued to plague the island, with several outbreaks killing thousands at a time. In 1840, a newly arrived regiment and families lost 189 members to diseases. This prompted the construction of Newcastle to house the soldiers as it was observed that persons who lived at higher altitudes did better than the plains dwellers.

In 1695, Scotland attempted to establish a colony in Panama. It was an utter failure. The majority of the colonists had been wiped out by malaria, yellow fever and starvation. Some of the survivors settled in and became a significant ethnic group in Jamaica. Their presence can still be felt in the 'Mc-' surnames and place names throughout Jamaica, as well as the different hues of their descendants in south St Elizabeth. This was not the last time Panamanian mosquitoes shaped the future of Jamaica.

In 1881, the French began work on a canal that ran through the jungles of Panama. Yellow fever and Malaria killed so many workers - up to 200 per month - that there was difficulty getting seasoned workers. Eventually, the French company went bankrupt and the Americans took over the project in 1904. Asians and local Panamanians could not handle the rigours of the job nor the mosquito-borne diseases that plagued the worksite. A hardier workforce was needed. Thousands of Jamaicans answered the call and flocked to the Canal Zone.

The Colon man of Jamaican folklore, with his watch he could not read, characterised the ostentatious nature of some returning workers who showed their less fortunate peers what riches could be made working overseas. This cohort was the first large wave of migrant workers from Jamaica. They undoubtedly played a part in creating the pattern of mass migration of Jamaicans next seen in the post-World War II 'colonisation in reverse' that continues at present. Today, we have one of the largest diasporas per capita in the world, and this can be attributed to the mosquitoes of Panama.

Between 1958 and 1961, a campaign to eradicate malaria and yellow fever was launched. Mosquito-breeding sites were destroyed in an islandwide drive that coincided with a nationalism movement that saw Jamaicans coming together to rid the island of diseases and move towards Independence a year later. The success of the eradication efforts was not solely due to the work of the Ministry of Health, but a motivated and cooperative population that banded together and worked to destroy mosquito-breeding sites all across the country.

The current struggles the authorities face in getting Jamaicans to join the campaign to destroy mosquito-breeding sites is a symptom of the general apathy that plagues our country. An apathy that affects everything from productivity to interest in the political process. Even after the chikungunya and Zika virus epidemics, coupled with the threat of yellow fever returning to our shores, we still are unwilling to play our part to fight these diseases.

Mosquitoes and mosquito-borne diseases have always been and will always be, a part of our story. They have shaped our nation and have helped to create the identity of the Jamaican people. Our ancestors did not have the benefit of modern medicine or communication as we do now.

Yellow fever will return some day soon. As to what chapter it will write in our nation's history will be for once entirely due to how we come together as a people.