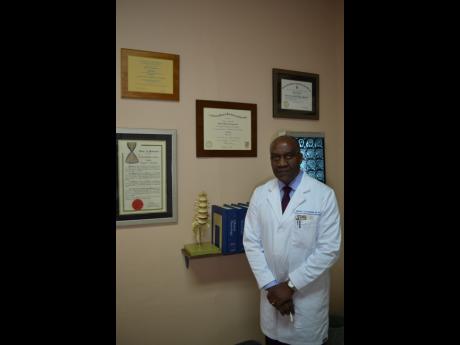 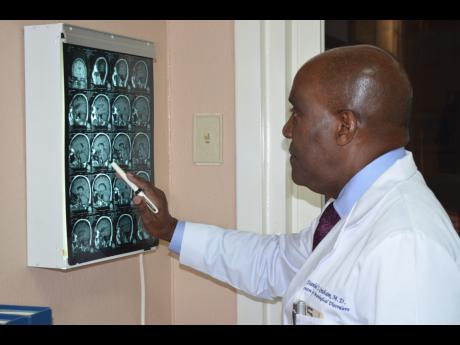 A senior consultant neurologist and one of Jamaica's leading physicians, Dr Daniel S. Graham, is well known for his groundbreaking research on the cause of the disease then known as 'Jamaican Neuropathy' in the mid to late 1980s.

Dr Graham worked alongside the late Professor Pamela Rodgers-Johnson, Professor Owen Morgan and Medicine and Neurophysiology Nobel Prize laureate, Daniel Carleton Gajdusek, on the early research, which was critical in identifying and establishing the human T-cell lymphotrophic virus-type 1 (HTLV-1) as the cause of 'Jamaican Neuropathy', later renamed Tropical Spastic Paraparesis (TSP). Tropical Spastic Paraparesis has been used to describe this chronic and progressive disease of the nervous system that affects adults living in equatorial regions of the world.

TSP is now called HTLV-1 associated myelopathy/tropical spastic paraparesis or HAM/TSP. The HTLV-1 virus is transmitted from person to person via infected cells, breastfeeding by mothers who are seropositive (possess high levels of virus antibodies in their blood), sharing infected needles or having sexual relations with a seropositive partner.

Their early research played an important role in worldwide screening of blood donors for this potentially sexually transmitted virus. The chief complaints encountered in HAM/TSP are usually back and leg pain, urinary frequency and urgency, followed later by weakness, stiffness of the legs and progressive difficulty walking, often leading to being wheelchair-bound.

Graham's contribution to the field of medicine dates back to 1985. Between then and 1992, he served as neurologist at the Kingston Public Hospital (KPH), a role which involved not only patient care, but the teaching of doctors rotating through their medical internships, medical students, nurses, and residents in training. He was also a consultant neurologist and associate lecturer at the University Hospital of the West Indies.

He was responsible for the introduction of clinical neurophysiology to the large population of patients with neurological disorders and provided the kind of support to the neurological and orthopaedic surgeons at KPH, which enhanced the status of the practice in these areas. He also established the first centre dedicated to the electrodiagnosis of neurological disorders, such as muscle and nerve disorders, epilepsy and seizure disorders, cognitive diseases and demyelinating diseases such as multiple sclerosis.

Graham shared that his fascination with the sciences began at an early age while he was attending the Morris Knibb Preparatory School in Kingston. He recalled dissecting fireflies (peeny-wallies) looking for the 'batteries' that made them illuminate.

"My mind was shaped by nature ... . I was always trying to understand basic science," he said.

When he had to choose between pursuing a career in languages and the sciences, the field of medicine was his choice.

"By the time I reached fourth form at Calabar High School, I was pretty sure that I wanted to pursue a career in the sciences; but while in fifth form, my love for the languages swayed me a bit. This proved to be a challenge because I now had to choose between a career in languages or medicine. I did French, Spanish and German at the General Certificate of Education (GCE) Ordinary Level, but in the final analysis, I chose medicine," he shared.

Now one of Jamaica's most renowned medical practitioners, Graham has been hailed for his contribution to the field of neurology in Jamaica, and was recently honoured with the Order of Distinction (OD) in the Rank of Officer.

"When I graduated from medical school, like most of my colleagues, there was an awe about neurology. I was not too sure what the reason was why we all had this awe and reverence for neurology," he stated.

"As medical students, one of our biggest concerns was going into the final examinations and encountering a neurological case. You would have wanted anything but a neurological case. So on reflection, this awe propelled me upon graduating to find out what it was that made me and most of my colleagues so daunted by neurology; and that kindled my initial interest, because I wanted to conquer this awe."

Graham is a graduate of the Faculty of Medical Sciences at the University of the West Indies (UWI). He pursued postgraduate residency training in neurology at the State University of New York, followed by neuromuscular and neurophysiology Fellowship training at the Neurological Institute of Presbyterian Hospital, College of Physicians and Surgeons, Columbia University, New York, United States (US).

He is board-certified in neurology by the American Board of Neurology and is a Fellow of the American College of Physicians and American Society of Internal Medicine.

He said his main interest since his return to Jamaica has been muscle and nerve disease.

"Disorders like the Guillain-Barre disease (now associated with the Zika virus) are conditions in which I have a special interest. I see a vast number of persons who have muscle and nerve disease, for example, trauma-associated peripheral nerve injuries, inherited or acquired muscle and nerve diseases. In fact, just about anything to do with nerve and muscle," he noted.

Eminent neurologist and a former lecturer of Graham, and now a close friend, Professor Owen Morgan, shared that on Graham's return to Jamaica from the US, he was assigned to the KPH and "it was very clear that we had a very impressive young doctor in our midst, who brought to Jamaica a lot of expertise in neurology".

Professor Morgan adds that Graham not only did clinical neurology, but also experimental and research neurology, which elevated the discipline to a very high standard.

A GREAT HUMAN BEING

Blanche Oliver, one of Graham's patients for almost 15 years, described him as one of the greatest human beings she has known.

"He is so humble, he puts his patients above self and his profession. As my physician, I have the greatest respect for him. His interest and love for his patients encourages you to always want to visit him. He is also a God-fearing man, who always prays with me every time I visit," she stated.

Oliver, who suffered a seizure while driving in 2002, was referred to Graham and since then has been under his care. She said Graham has always been extremely thorough and uses simple terms when explaining medical conditions, adding that he also takes a holistic approach towards his patients'recovery. She credits him for her not experiencing another seizure.

"I think that one of the reasons for Dr Graham's great success as a neurologist is because of his genuine interest in people. Regardless of your status, once you are in his presence he makes you feel important," Oliver said.

Graham is married to Janice Graham, a critical care nurse and managing director of Independent Living. They have two daughters, Jhanelle Alexia, a health care lawyer; and Jodi Anne, a business/marketing consultant.